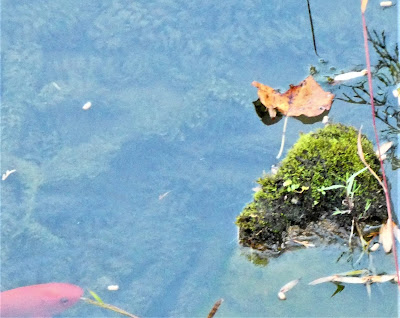 Another quote from Robertson Davies that caught my attention:

“One of my favorite cultural fossils,” said he, “is the

garden gnome. You have observed them? Very cute objects, very cute indeed. But do people want them simply, for cuteness? I don’t believe it. The gnomes provide some of that sugar in the drink of belief that Western religion no longer offers, and which the watered-down humanitarianism that passes with so many people for religion offers even less. The gnomes speak of a longing, unrecognized but all the stronger for its invisibility, for the garden-god, the image of the earth-spirit, the kobold, the kabir, the guardian of the household. Dreadful as they are, they have a truth you won’t find in the bird-bath or the sun-dial.”

We don't have garden gnomes, but my mother-in-law (not a Catholic nor even particularly religious) had a little statue of St. Fiacre (or St. Focaro, as she called him.) And numerous folks have statues of St, Francis in their gardens. A similar impulse? 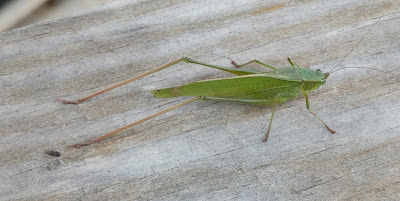 Garden gnomes can be irresistible. We have plenty of real wild animals roaming our yard, but we have a little fox and a rabbit and a couple of frogs sitting in the garden. (Real foxes, in particular, are in our garden all the time.) Seems a little silly, but I saw each one at some point and bought it on impulse, and they still please me.

I have a small concrete pig and a little naked child (my mother gave it to us almost fifty years ago because it looked like Ethan--curly hair. And, come to think of it, we have a gargoyle (another gift) nestled in a niche in one of our rock walls. I have long lusted after a certain tall leaden hare that I've seen in pictures of English gardens but, as I recall, when I looked for it, it was wildly expensive.

Oh, and the two metal cranes that adorn our goldfish pool.

Each to their own, I guess. I'd never have a gnome but I might (if I was wealthy enough and had a big enough garden) invest in a tasteful sculpture.

I found the sentence, "The gnomes provide some of that sugar in the drink of belief that Western Religion no longer offers,..." to be quite illuminating today.

We used to have a glass reflecting ball in the garden, but eventually the raccoons knocked it over and broke it. Now we have a tall copper wind spinner that Amazon sent me by mistake and wouldn't let me return.