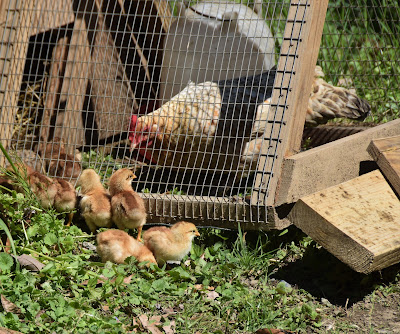 This is Dave. Josie named her. Dave used to crow like a rooster but then she got in touch with her feminine side and laid 15 eggs in a nest she made in the hay shed. 13 hatched and are doing well. 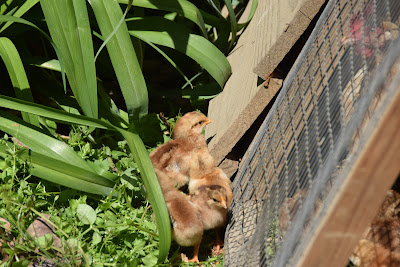 When I was taking pictures down at the pond a few days ago, there was a great deal of mooing going on. Penny, who is a new mother, was calling her calf which wasn't to be seen. 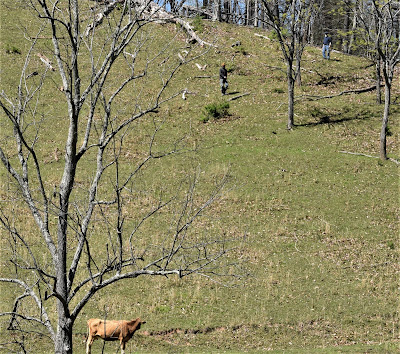 That's John and Justin up on the hillside, looking for the calf. Justin spotted it under the multiflora rose just below him. 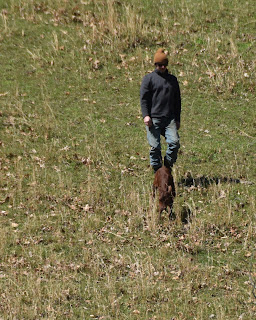 He got the calfie (whose name, I'm told, is Farthing) out and headed down the hill to Penny. 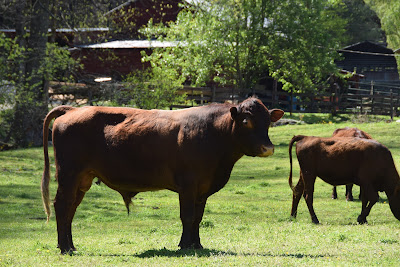 Bobabull the father was magnificently unconcerned. 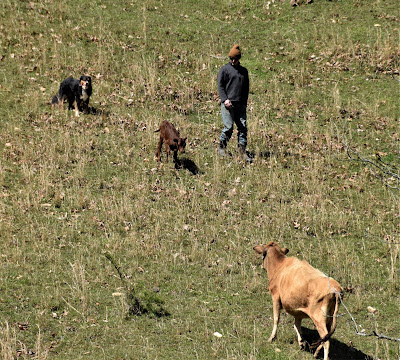 Bobadog was delighted to help. And mother and child were together again.

(We have decided to name all the chicks Bob too. Because we know how happy it will make our friend Bobaguy.) 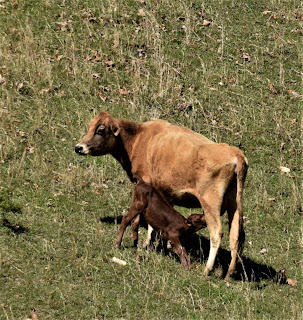 Great life on a farm, with a bit of rock'n and roll'n in those names!

Bob is a great idea. Solves the problem of confusion. Who is that? BOB.

How fun! Life is beautiful!