How the Irish Saved Civilization

As a sidebar to my ongoing learning about the Book of Kells, (see my post HERE) I found myself looking for more information. Cahill's book came out in '95 and while I heard a lot about it, I never got around to reading it. Till now.

Cahill begins by describing what civilization was and how it came to need saving.  He's talking about Western Civilization, of course --  specifically Roman. The Roman Empire that held sway over most of Europe and established itself in Britain, had brought learning, law, taxation, and, incidentally, Christianity, along with the roads and aqueducts, to the farthest reaches of its domain. And in the early 5th century, it would fall to the Visigoths and never regain its former power.

(Cahill sees in Rome's fall, a lesson for our times -- that seems to me even more striking twenty-three years after he wrote: ". . . pressures on porous borders,  . . .unwieldy and rigid bureaucracy, whose own survival becomes its overriding goal; the despising of the military and avoidance of service by established families, . . . the pretense that we still are what we once were; the increasing concentration of the populace into richer and poorer by means of a corrupt tax system . . . the aggrandizement  of executive power at the expense of the legislature; ineffectual legislation promulgated with great show' the moral vocation of the man at the top to maintain order at all costs, while growing blind to the cruel dilemmas of ordinary life . . " ) 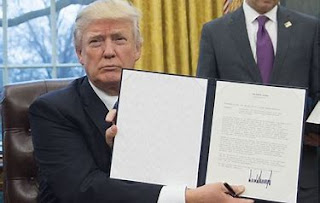 But Cahill and I digress. Even as the continent was sinking into chaos and illiteracy, Ireland, home to warring tribes that practiced slavery and human sacrifice, was being gentled and Christianized by  Patrick, a former slave and a Roman0-Celt from England. And it was there in Ireland that monasteries were founded and many great books preserved and copied. Not just Christian works either, but classics of Greek and Roman learning.

And as these Irish monasteries sent out missionaries to a Europe, sadly diminished by Goths, Vandals, and Visigoths, they sent out copies of these books to lighten the Dark Ages and rekindle the fire of knowledge.

I really enjoyed Cahill's delightful book, full of information about Irish mythology and history. Early Irish Christianity and monasticism (far different from today) is full of Nature -- almost to the point of Pantheism.  I was particularly struck by a monk's poem about his dream of a simple hermitage . . . 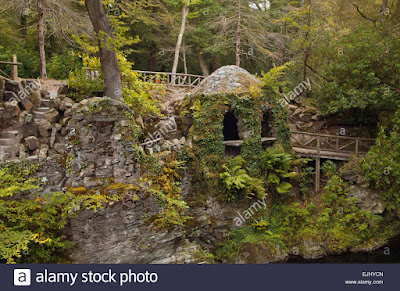 ". . . . a small hut in a lonesome spot
To make it my abode.
. . .
A pleasant woodland all about
To shield it from the wind
. . .
A southern aspect for the heat
A stream along its foot
A smooth green lawn with rich topsoil
Propitious to all fruit
. . .
And all I ask for housekeeping
I get and pay no fees,
Leeks from the garden, poultry, game,
Salmon and trout and bees."

Does anyone else hear the echo of this in Yeats's "Lake Isle of Inisfree?" (. . . Nine bean rows will I have there, and a hive for the honeybee. And live alone in the bee-loud glade . . .)

And there's a lovely poem by a scholar monk, slipped into a 9th century manuscript containing a Latin commentary on Vergil:

"I and Pangur Ban my cat
'Tis a like task we are at:
Hunting mice is his delight.
Hunting words I sit all night.
. . .
So in peace our task we ply,
Pangur Ban my cat and I;
In our arts we find our bliss,
I have mine and he has his.

(If I ever have another cat, I know what I'm naming him. By the way, Pangur means fuller (the occupation) and Ban means white.) 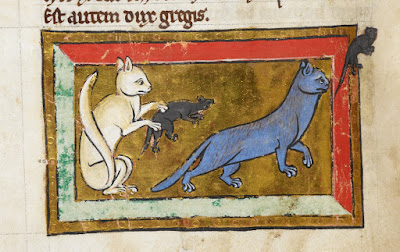 Thanks for the reminder of the class...I've participated only a bit so far, but enjoy learning about the Book of Kells. However I have a language barrier, often misunderstanding what is being said, so do better reading the scripts. I had to look up "fuller" the occupation. Who knew. And your Kittehs might not like you getting yet another cat (white at that). But three little kittehs does has promise.

Yes, I always read the script as I don't understand the ladies completely. I don't actually expect to get another cat unless I outlive the kittehs. They wouldn't take kindly to an intruder.

I remember hearing about this book, but it then slipped my mind for 20+ years.

Oh this would be a deep dive into that which I just know superficially! We watched a TV series recently - the male actor's name: Finbar. If WE ever got another cat, there you go. I'm glad you are doing this studying - loved the poems.

I'm enjoying the Book of Kells course. I didn't know much about it before but it's really opening my eyes. I'm scarcely finding time to do the course though, never mind read another book. Kudos to you! This one looks fascinating.