Walking Each Other Home 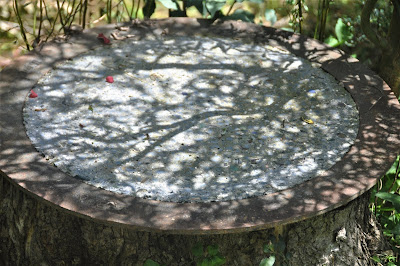 We had friends over for dinner the other night and, after dinner, while the guys removed to the porch to smoke cigars, the ladies remained inside. We talked of quilts and gardens and then the talk turned to aging and related problems.

I've been struck at recent gatherings by how much conversation is inextricably tied to one's time of life. Though my friend is almost ten years younger than I, the conversation ranged from our own health and that of our friends to who is moving into smaller/more practical housing, how we see our own futures playing out, our widowed friends and how they are coping, Alzheimer's, cancer . . . and beyond. 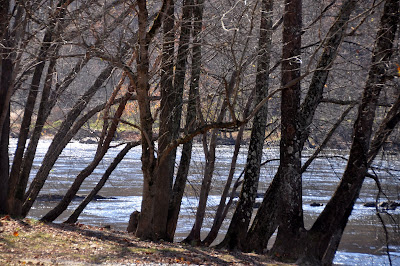 It used to be a source of amusement, this predilection of the elderly to turn to the obituaries first, to catalog one's every ache and pain, to obsess, in short, about aging.

But now that I am one -- a senior citizen, a geezer, a golden ager, (yikes, those all sound awful! I don't mind being old but those labels suck) -- I digress -- now that I am of an age where many of my contemporaries are experiencing illness and loss, I realize the truth of Richard Alpert's "We're all just walking each other home."

Just as at any gathering of new parents, the talk will sooner or later turn to babies and their care and feeding, we who are aging have to figure out how to deal with the changes ahead or already present in our lives. We seek, not exactly role models, but some hints on how others are dealing with common problems in aging. We may not yet have experienced these problems, but reason suggests that sooner or later (if that dark fella Death doesn't get there first,) they will be our problems.

So we talk about it, preparing ourselves for the changes to come . . . getting used to the idea of age and loss . . . and walking each other home. 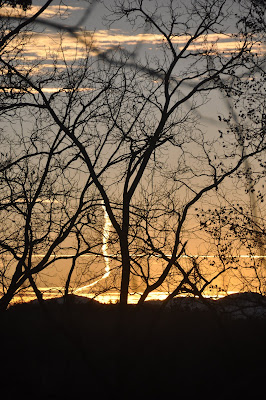 Indeed we are...and helping to lend a hand when one of us stumbles. I love the last photo, where is it? Are those clouds or mountains I see in the middle?

I'm not entirely sure where that was taken; it's from the archives. The dark stuff is mountains; the rest is clouds.

So true, and some comfort in it too.

Not surprisingly, these discussions which used to be commonplace are rare since my cancer diagnosis. Perhaps it's because everyone knows I'm still getting chemotherapy, a sure sign the cancer is still present. Perhaps everyone assumes I might be the first of the group to get a visit from the dark fella. The talk instead drifts to routine neighborhood gossip, to children, grandchildren and great grandchildren. Which is just as well I think.

Understandable, NCMountainwoman. Though I'm sure your take on your experience would be instructive to others.

Yes indeed the discussion amongst us turns to acks and pains too often. I have always thought that we are just tourest here and when we die we go back to mother earth and make room for more tourest.

I like that phrase to describe what friends do.