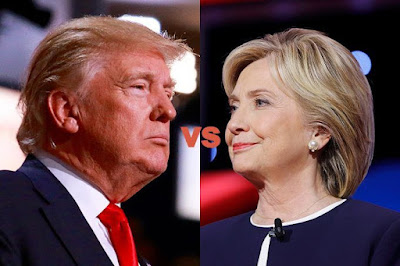 I can’t believe I’m going to spend an hour  90 minutes tonight watching the Presidential debate. We don’t watch any political stuff normally – I tend just to read the transcripts later. But the folks at Malaprop’s, Asheville’s iconic bookstore, asked me to participate in a televised post- debate discussion Tuesday evening. So I figured I ought to see the Real Thing in order to see body language, hear tone of voice, and absorb all those other nuances lost in reading the transcript.

This is not going to be easy as I have a visceral negative reaction to DT – he disgusts me with his smirks and posturing and name-calling.

Yes, I’m carrying a lot of prejudice against him. But I doubt there are many Undecideds out there. I’m going to do my best to pay attention to how the two candidates present their plans for the future and what those plans are so that I can sound rational and intelligent and not use bad language.

The Tuesday night discussion will be streamed live 7-8 pm on WLOS   http://wlos.com/live 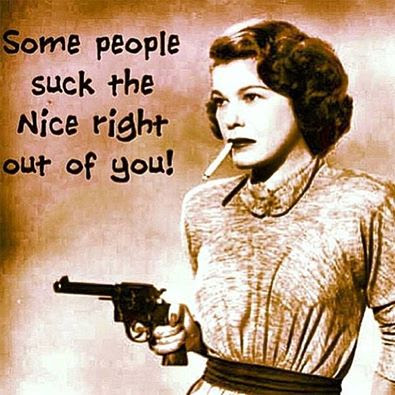 Best of luck during the post debate discussion. We are traveling right now, so I won't be able to watch. That picture of Trump: He probably thinks he looks presidential, but to me, it looks like a gangster's photo. (I admit -- I can't bear DT).

Best of luck to you in the discussion. I sincerely doubt I could be anything but incandescent with rage over the filth he has spewed and engendered from the underbelly of America.

I'll look forward to your review.

You will be a reasonable commentary because you are intelligent and understand society isn't made by only what we hate.

Vicki, I've written myself a note with the time and link for your discussion tomorrow. Who else will be on the panel? It's possible that Charlotte will be a topic tonight. Like you, I watch live debates to have my own sense of what is going on, not have it fed to me in later reporting. (I don't mean to suggest that is what will be going on at the bookshop!)

I'll be thinking of you Vicki. I know you'll do a great job and present the facts of a rational, well educated person.
Sam

I'm glad you will be representing the saner ones of us. My husband told me there was another mass shooting in Houston so I turned on the news. Every single one of the 24/7 networks were "on location" at the debate area and speculating about the debate. I watched for five minutes at 8 o'clock and nothing except for the upcoming debate. Had to go Online to learn about the shooting. That is so wrong...

I thought of setting the alarm (it will be way past midnight here), but by now I am way too tired to think of having my sleep interrupted.
Wishing you all the best,
Merisi

The saturation pre-debate "coverage" has rendered it something like a cross between Real Wives of Beverly Hills and a major sporting event, so that I'm heartily sick of the whole thing even before it begins. Vicki's commentary might be the one palatable aspect.

I know the temptation to shout "YOU IDIOTIC LYING !!XZSSS", but you will be splendidly candid and subdued in your analysis.