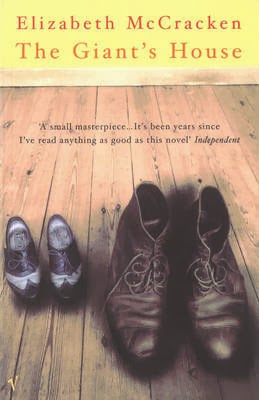 I loved McCracken's bittersweet tale of the love that develops between a lonely young librarian and a boy who can't stop growing.  It's a fascinating look at quirky personalities, the difficulty of being different, and the nature of love itself. And the words, the words! the wonderful use of language -- such a delight! The Guardian has a nice review of it HERE.  But what I really would like to know is what any of my librarian or ex-librarian friends think about the main character's musings on her profession.

Admittedly, the book is set in mid-twentieth century America -- long before librarians had computers and all that comes with them as a part of their job description. Back when there were library cards of the sort I was longing for ... 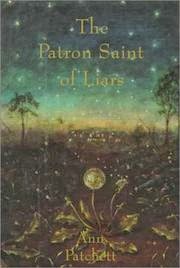 Ann Patchett's tale -- also replete with quirky personalities and bittersweet love and also set in the Fifties -- takes place in a rather charming home for unwed mothers, run by (mostly) very pleasant nuns. It's the story of Rose, pregnant and fleeing a stultifying marriage, who seeks refuge at the home and stays on ...

It's a strangely charming story that makes me hope that some of the girls who disappeared mysteriously from high school, only to return some months later, accompanied by whispers and rumors, were at a place equally pleasant. The New York Times has more HERE.

Liz Zelvin's ebook (below) is a fine read for adults and young adults -- and I hope a lot of them read it for a look at the effect Columbus had on the world he 'discovered,'  for an understanding of the European/Christian view of  'savages,' and, as well, for a glimpse into the world of the hidden Jews -- those Spanish Jews trying to avoid the horrors of the Inquisition.  This book would be a great addition to school  curricula. 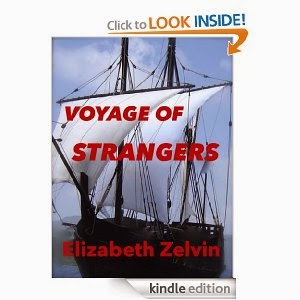 nice...they sound like very interesting reads...will def try to check out that first one...

Wow, thanks for your kind words about VOYAGE OF STRANGERS, Vicki. I so agree that teens need to hear what really happened when Columbus discovered America. I meant the book for adults too. It's the sequel to the story "The Green Cross," which was first published in EQMM. Hmm, maybe Diego, my protagonist, found the Fountain of Youth in the New World. Anyhow, VOYAGE can also be read as a coming of age novel. :)

Will check out McCracken, Vicki. I didn't qualify in Info Science until after the dawn of computers, so might not have much to say about librarianship as a profession, before that.

Loved "The Patron Saint of Liars," just finished "The Goldfinch," full of arcane facts that I loved, and am now reading "As I Lay Dying." What do you think of the last one, Vicki?
Deana the Queena

Deana - I'm embarrassed to say I haven't read it -- I'm not much of a Faulkner fan -- except for his short stories.

I think the Voyage one will be my choice.
I just finished Walter Mosley's Blonde Faith. I use to travel through that area and had three customers in South Central Los Angles. Easy Rawlins a black man, WW II vet and a private detective in the Watts area during the 1960's is a very complex character. The characters around him are something we can't imagine. Lots of violent people but also a lot of loving people that are trapped in a land of racial segregation. Mr. Mosley will not be to everyone's taste but he tells compelling stories.

They all sound interesting! I'm reading The Goldfinch now, have you read that one yet?

Jim, I enjoy Mosely's Easy Rawlins and I'm pretty sure I read BLONDE FAITH a few years ago.

Deana and Brenda -- I haven't read THE GOLDFINCH yet but it sounds like something I'd enjoy. Stay tuned...

I'll probably check all of them out - am always looking for something different to read. Thanks for the reviews.