Do You Remember.... a Random Selection 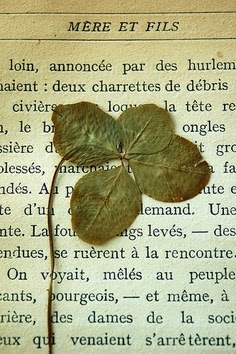 I still look for four leaf clovers. . . and press them in books. I also have some of my grandmother's books with bits of unidentifiable vegetation between the pages.

Can't do that with an E-book. 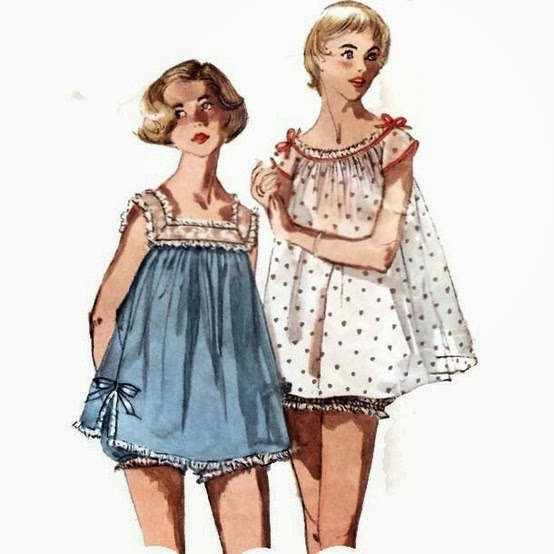 Baby doll nighties --  oh, yeah. These were de rigeur in the Fifties. 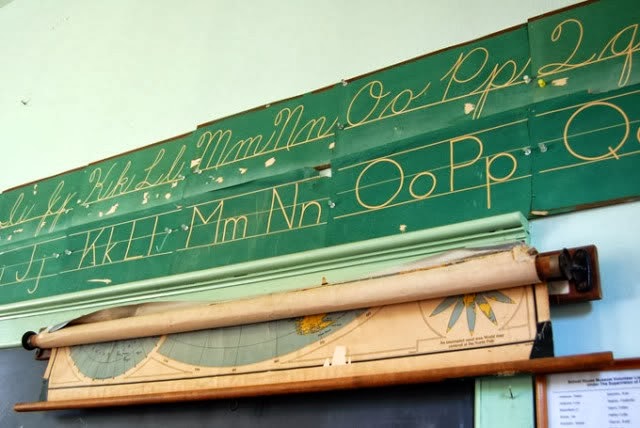 I'm pretty sure that all my classrooms up through sixth grade had these cursive ('real writing,' we called it) and printing guides. In spite of that, my handwriting is well nigh illegible.  Oh, and the lovely, pull down maps -- they were kind of magical. I wish I had a set right now. 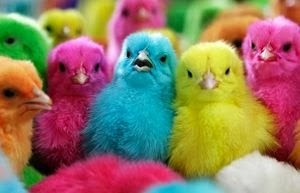 Dyed chicks used to show up in dime stores every Easter. Thank goodness, this practice has been banned. But one year, I received a red one and it became my grandfather's special pet, following him around the yard. My grandfather was devastated when he accidentally stepped on the chick, putting an end to a brief existence. 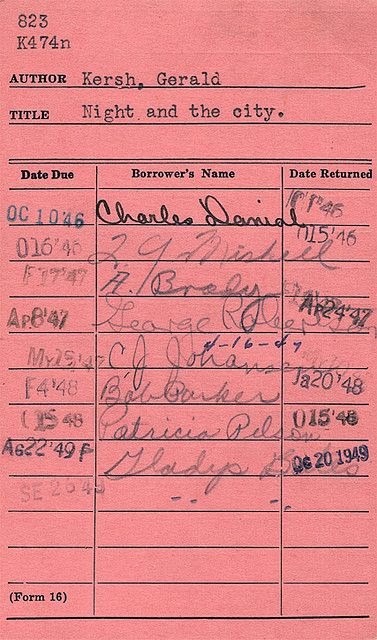 I really miss library cards. I used to love to see who'd read the book (or at least checked it out) before me. And when.  Sometimes I would find that some unknown and I had very similar tastes in reading.

Oh, yes -- these old timey desks were standard in the public schools in Tampa in the Fifties. Most of them had holes for inkwells and ancient graffiti . Ancient wads of gum underneath too. 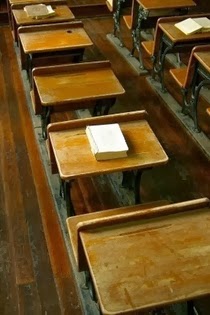 I remember each and every one of those things (except the dyed chicks). And I have a friend, a painter, who is the best four-leaf clover spotter I know. Except I bet you are pretty good!

I remember them all. They sure don't stress handwriting in schools nowadays. It's going to end up being a lost art.

Aaaaaah, I remember them all. *sigh*

From what I've heard they do not teach handwriting in schools anymore, and I have also heard that some of our younger generations cannot even read it! Blows my mind.

ha. i saved some library books from destruction at a give away and they had stamped cards in them..it was def very cool...books with notes in them, variations and such, what a treasure to look back and into the mind of the other person...

Me too, everything but dyed chicks. We just had the tiny little ones with wire feet. I sat at desks like that in the College of William and Mary (not for a class, as a tourist)...they've been around a LONG time.

Thank you for this trip down memory lane. Never heard of dyed chicks, not a good idea. I miss the library cards too. Isn't it great to have books from you grandparents? I do too and treasure them.

I kept hearing the Statler Brothers as I scrolled down through the images. So I went to YouTube -
http://www.youtube.com/watch?v=BZrS5A-C_gM

I enjoyed the bejeebers out of this post! Every single item!
I have one of those old-timey desks that I bought at a garage sale. We had them in upstate New York too. I thought they were the height of efficiency, with that lift-up top.
And, you know, a part of me longs for those baby doll pjs. SO comfy. Summer nights: run around outside catching lightning bugs, bath, "shorty jammies." It seems not so long ago.

Remember it all..even the dyed chicks. Glad they don't do that anymore but we had healthy Rhode Island Reds grow up from those blue and green fuzz balls. I can remember sitting in those desks, too in rural NC. Since they were on runners with two desks together you always hoped that the person who sat in front of you didn't wiggle...or your handwriting was a mess! Thanks for the memories.

Remember it all..even the dyed chicks. Glad they don't do that anymore but we had healthy Rhode Island Reds grow up from those blue and green fuzz balls. I can remember sitting in those desks, too in rural NC. Since they were on runners with two desks together you always hoped that the person who sat in front of you didn't wiggle...or your handwriting was a mess! Thanks for the memories.

Grew up in Cruso School in Haywood County, school is still there but a Community Center now with a summer craft shop and thrift shop. Remember all the things, but our desks had the curved arm rests and I am left-handed and they didn't have many of those! My Grandpa was the school janitor and I always thought that was so cool....I could see him whenever I walked the halls during the days. I really enjoy these posts, so much like my upbringing..........thank you, Vicki....!

Yes, I remember them all. The handwriting grade was the worst. Teacher said I was in too much of a hurry to finish first so I didn't do my best.

But I always finished first! :)

OK, I always did poorly in "citizenship" too, because I tended to talk to my neighbors too much.

I don't remember the dyed chicks, but each Easter we were given real yellow chicks, who would peck around in a cardboard box in our tiny downstairs bathroom for about a week, then go to live on our grandparents' farm. For weeks after they were gone their smell would linger.
I am the painter friend who finds the 4-leaf clovers. When I was young my dad would take them to his office and sell them for a quarter each, and bring me back my "earnings" at the end of the day. And I, like you, Vicki, have them pressed in books and journals. Luck, luck, and more luck.

I don't remember any colorific Easter chicks, but the rest...oh yes!

When i tell some of my younger friends and work colleagues about starting school at a desk with an ink well, they give me very blank looks. That's when I realize that I might be the age of their grannies. Maybe their grannies don't tell tales out of school.

Such memories! We have one of those desks in our downstairs. All of the grandkids have used it. I love it. I believe some schools don't even teach cursive any more! How I worked on my penmanship. It makes me happy to write a letter. Jim is the king of 4 leaf clovers. They jump up and grab him. I think we have one framed somewhere in this house. Don't remember colored chicks (kinda scary, don't you think?), but library cards. Be still my heart. I was exactly like you with them. Half the fun was seeing who had checked it out and when! Thanks for the flash back.

Oh my! How I remember most of these things! My classrooms had the pull down maps and the handwriting guides. In spite of the beautiful examples, my handwriting is poor. I didn't personally press four leaf clovers in books. However, I had the thrill of finding one in an old book I purchased at a thrift shop. The book had old family photos, a Christmas card and a pressed, four leaf clover. You're right. can't do that with an e-book. I have a kindle, but my definite preference is for a REAL book to hold, with pages to turn.

I remember all of those. SO glad they don't dye baby chickens anymore; I always thought that was a cruel and bizarre practice. I've never found a four-leaf clover, though. Of course, clover doesn't grow up here, so that might account for it!

Nice! Well, I don't actually remember most of those, except for the baby-doll nighties (because I had some as a little girl in the early 60's, and Mom still had some from the 50's). BUT. I do wish cursive was still a high priority; I love writing and making it pretty and all those wonderful swirls…such a fun art form or I think of it that way because I have three different handwriting styles. :-)

Also, though, I had fun because you know those random pop-ups of earlier posts? I hopped over to one on Elizabeth G' s "Island Magic" and may have to find a copy to flash around! LOL