It Was Everyone's War... 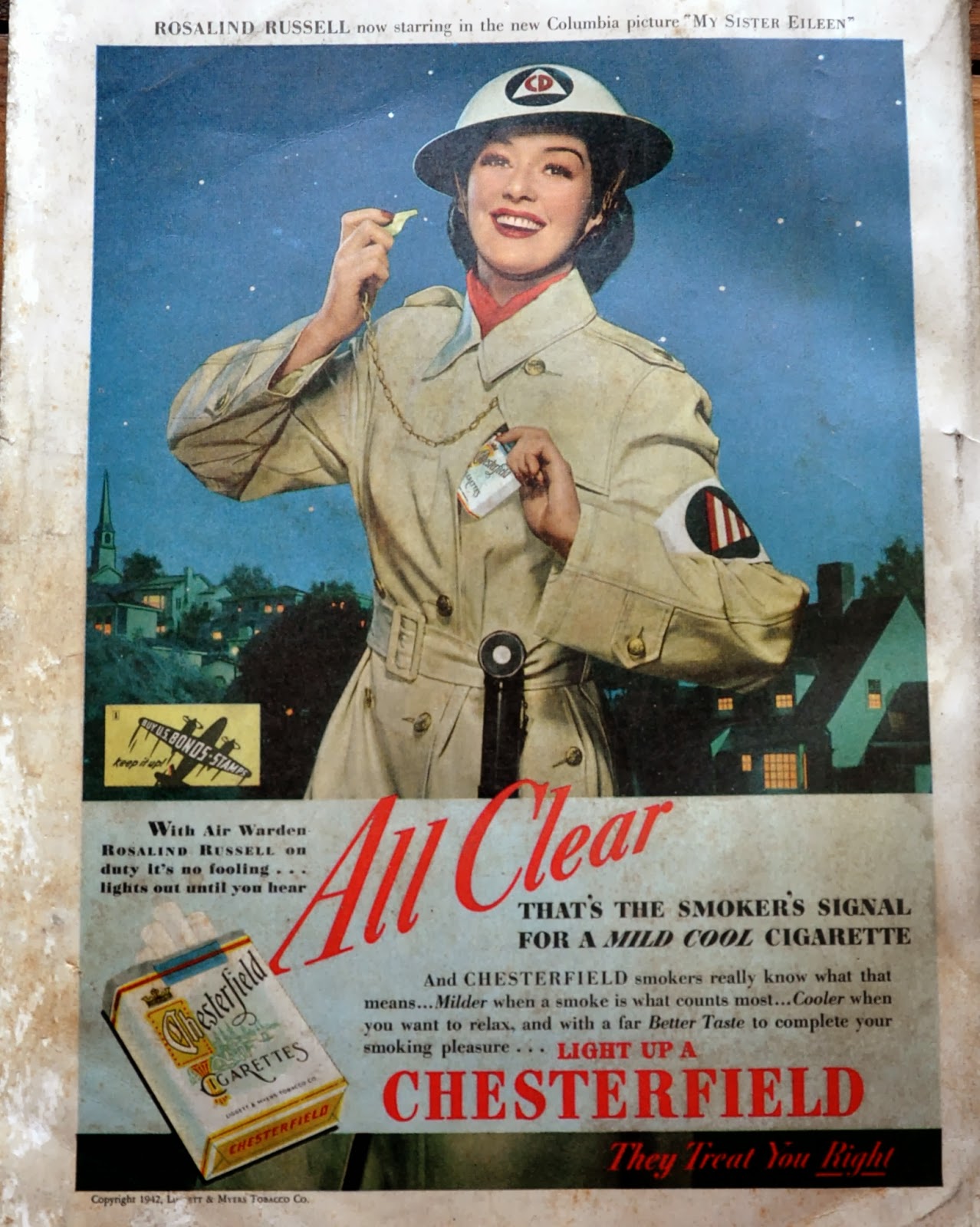 On a snowy day (yesterday) one may find oneself looking at old magazines  . . . 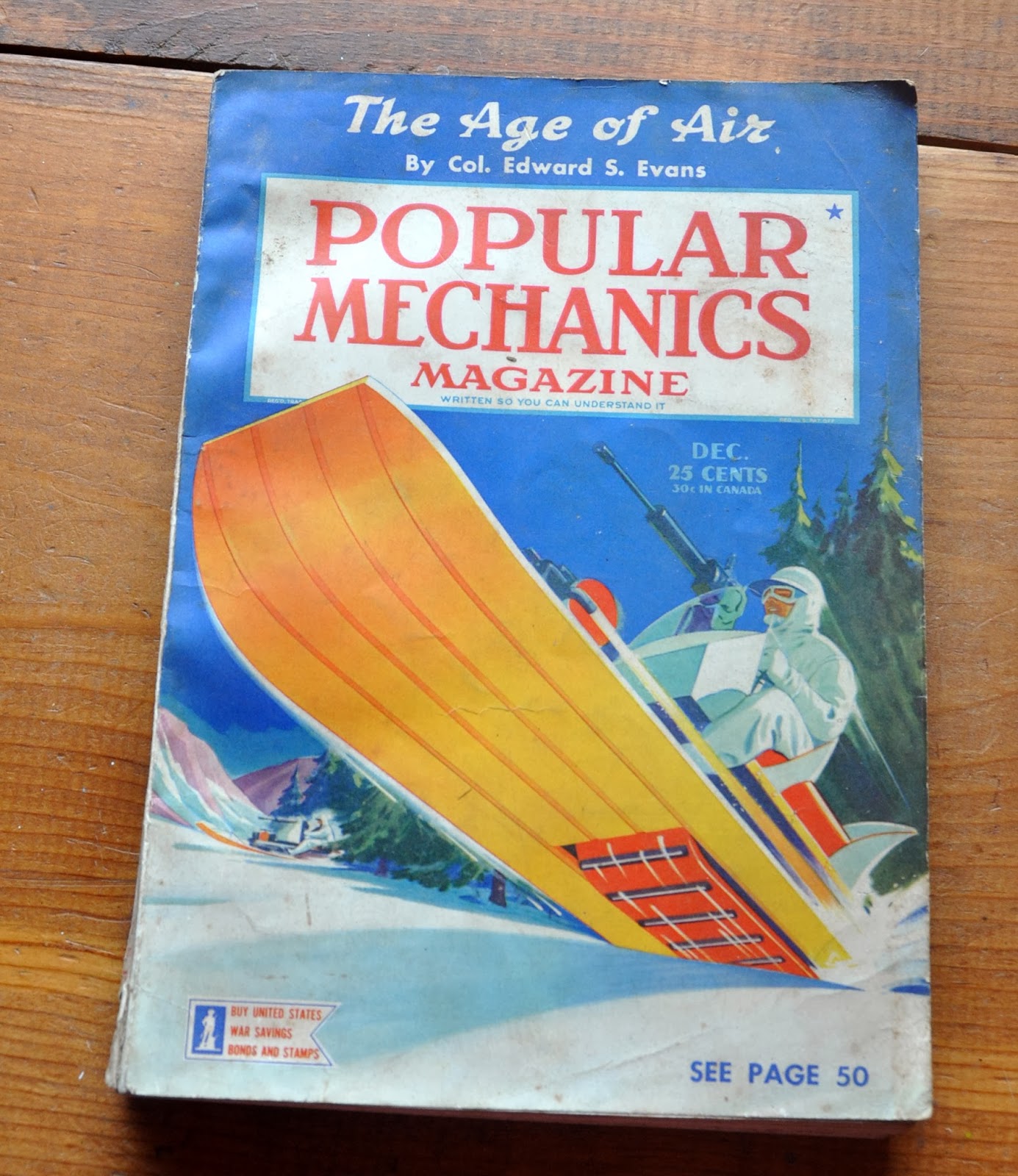 As I leafed through the pages, I was struck by one thing in particular. Everyone was expected  to be a part of the war effort. 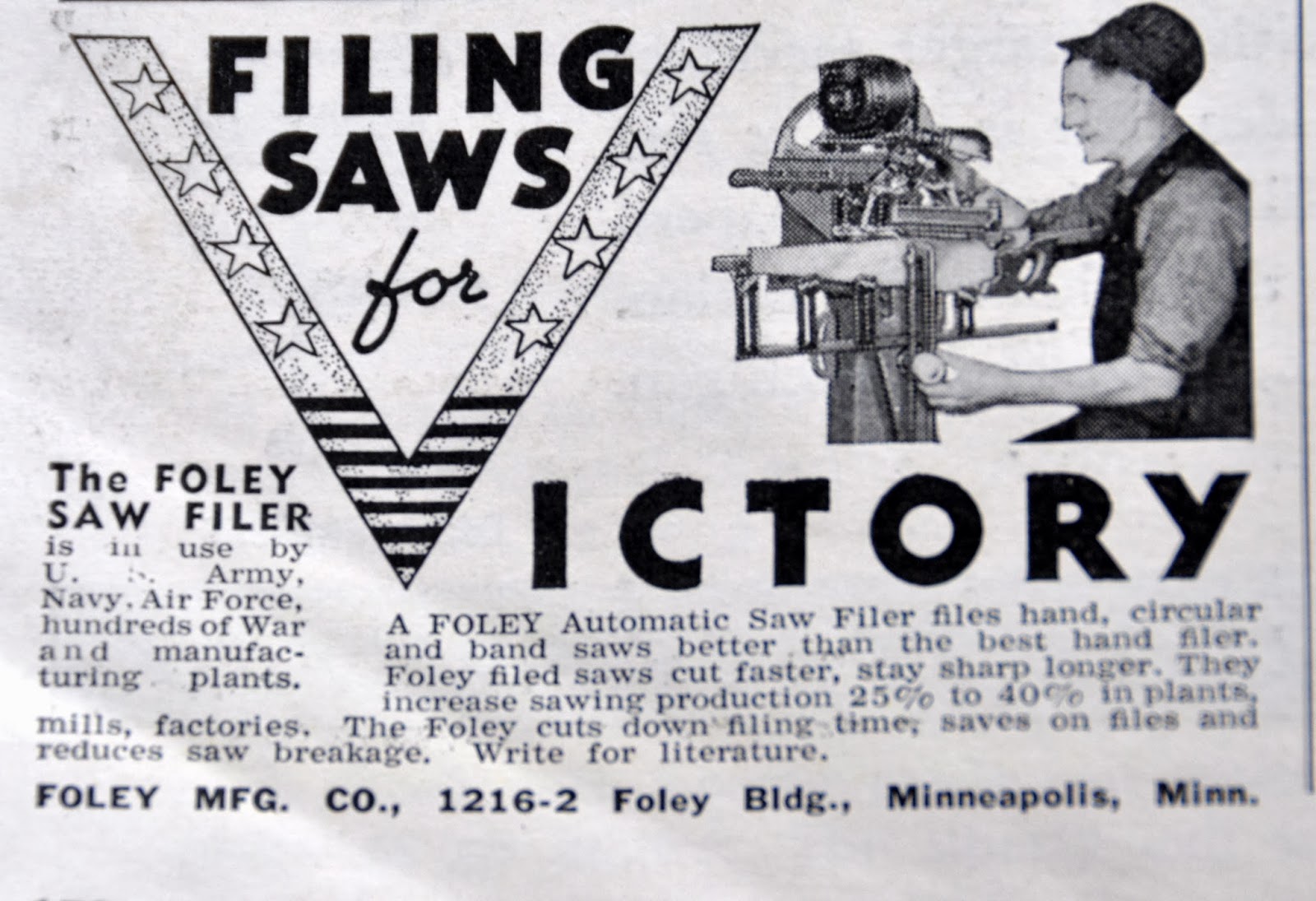 Whether producing superior files or jigsaws, it was all tied to helping Uncle Sam prevail. 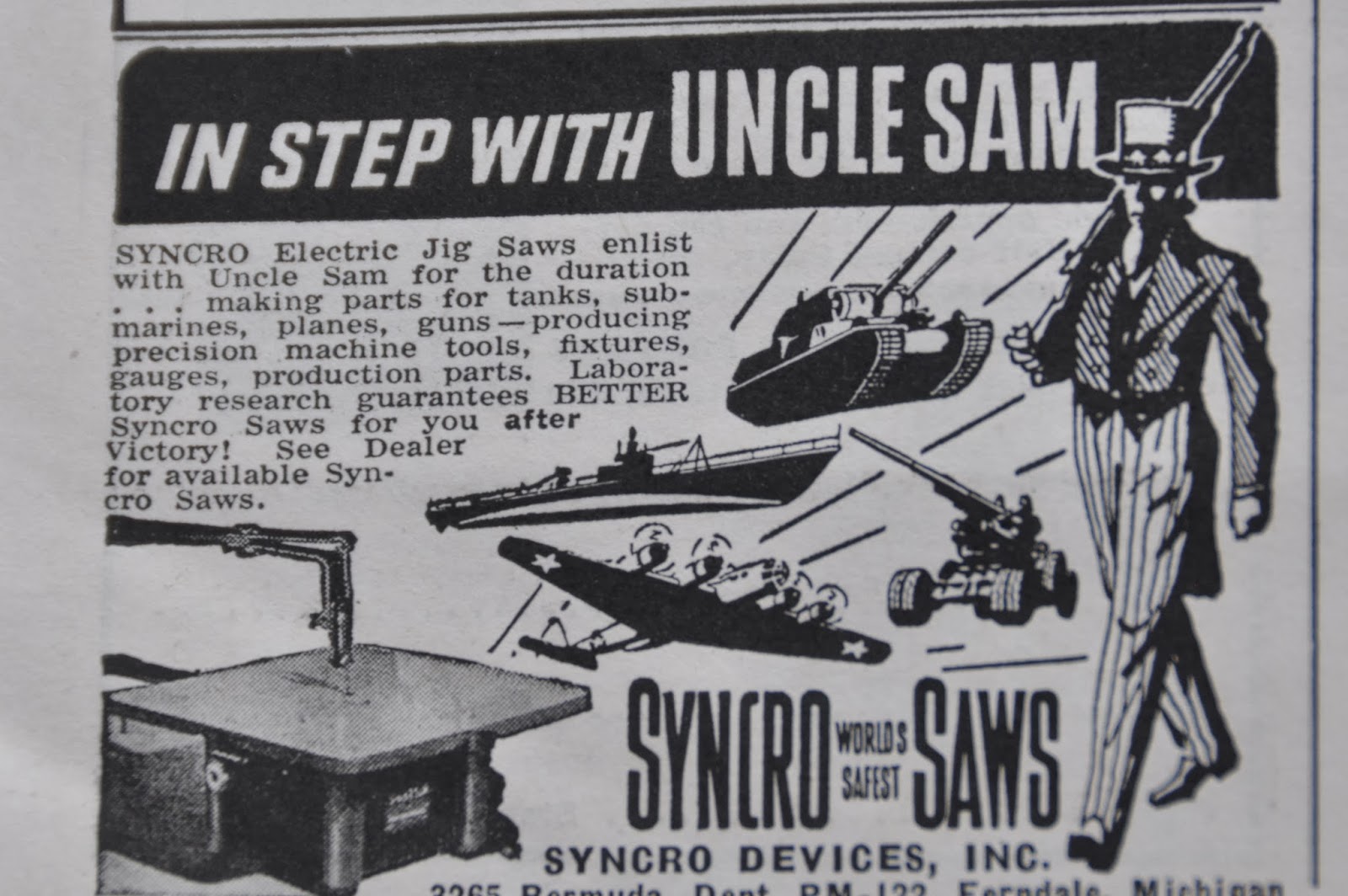 And it was up to YOU, as a patriotic American, to curb your consumption . . . 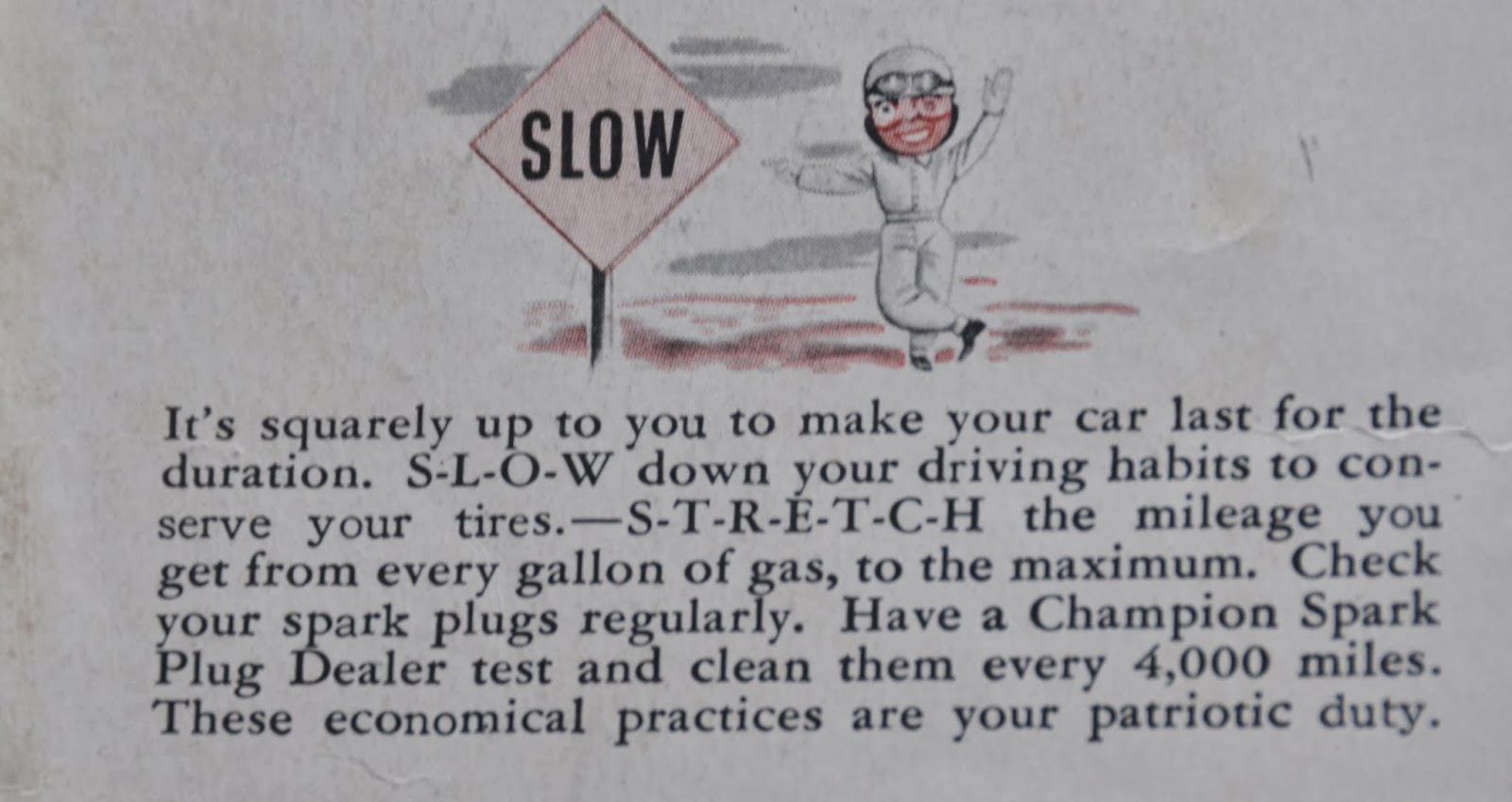 The wars the US fights recently don't seem to be like that.  They seem to be wars of choice, pre-emptive actions, fought to defend economic interests. fought increasingly with the help of mercenaries such as Halliburton or Blackwater.

Without a draft in which anyone's (and that would include Congress and the President) anyone's son or daughter may be called up to put their life on the line, it's all too easy for the great majority of us to ignore these wars.

We might throw out a token 'Thank you for your service' if we encounter someone in military uniform but as far as sacrifice that involves curbing consumption -- why that would be un-American, Big Business cries, flinging up its hands in dismay. 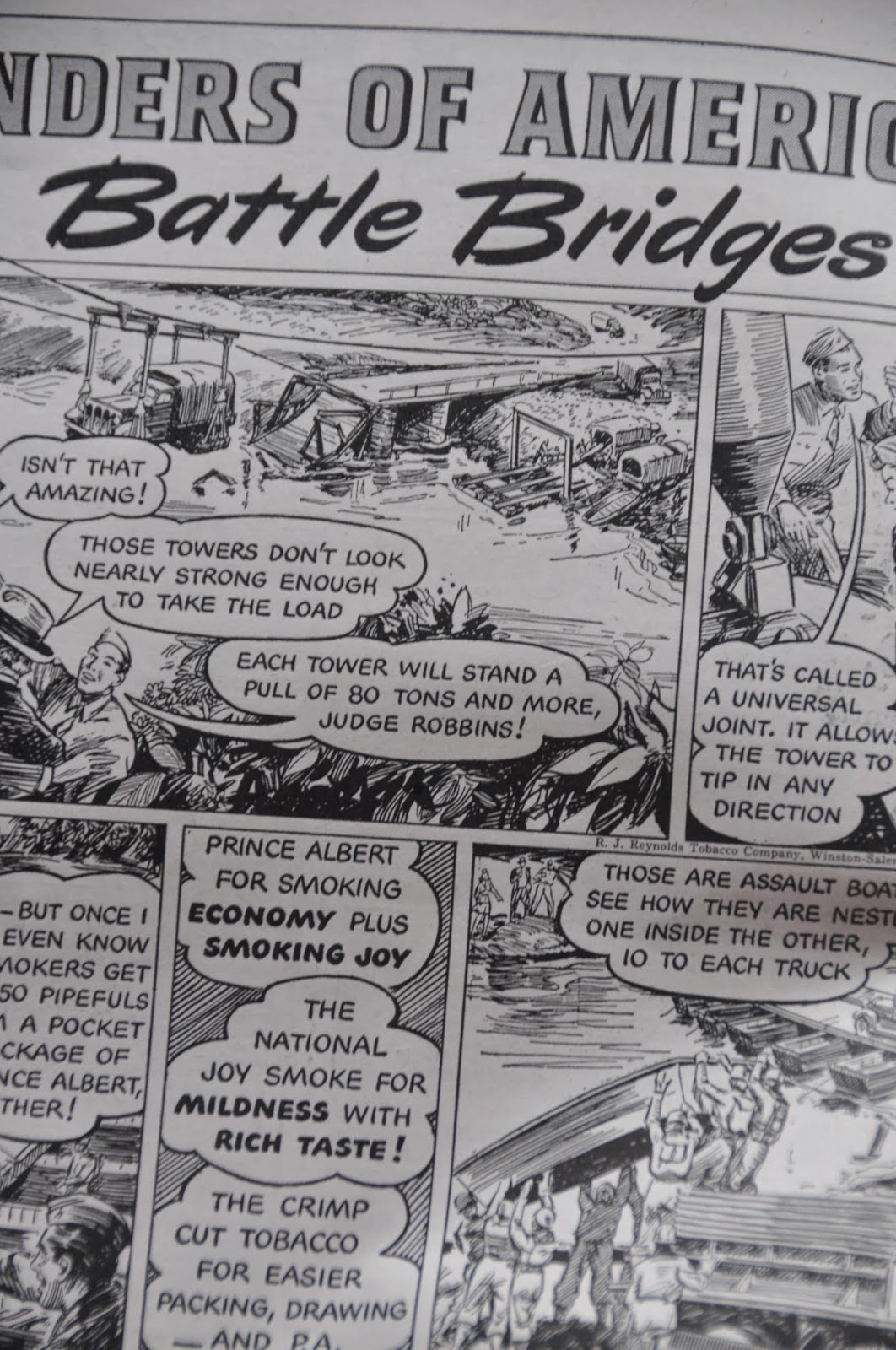 As for the shameful treatment of our veterans, well that's a post for another snowy day... 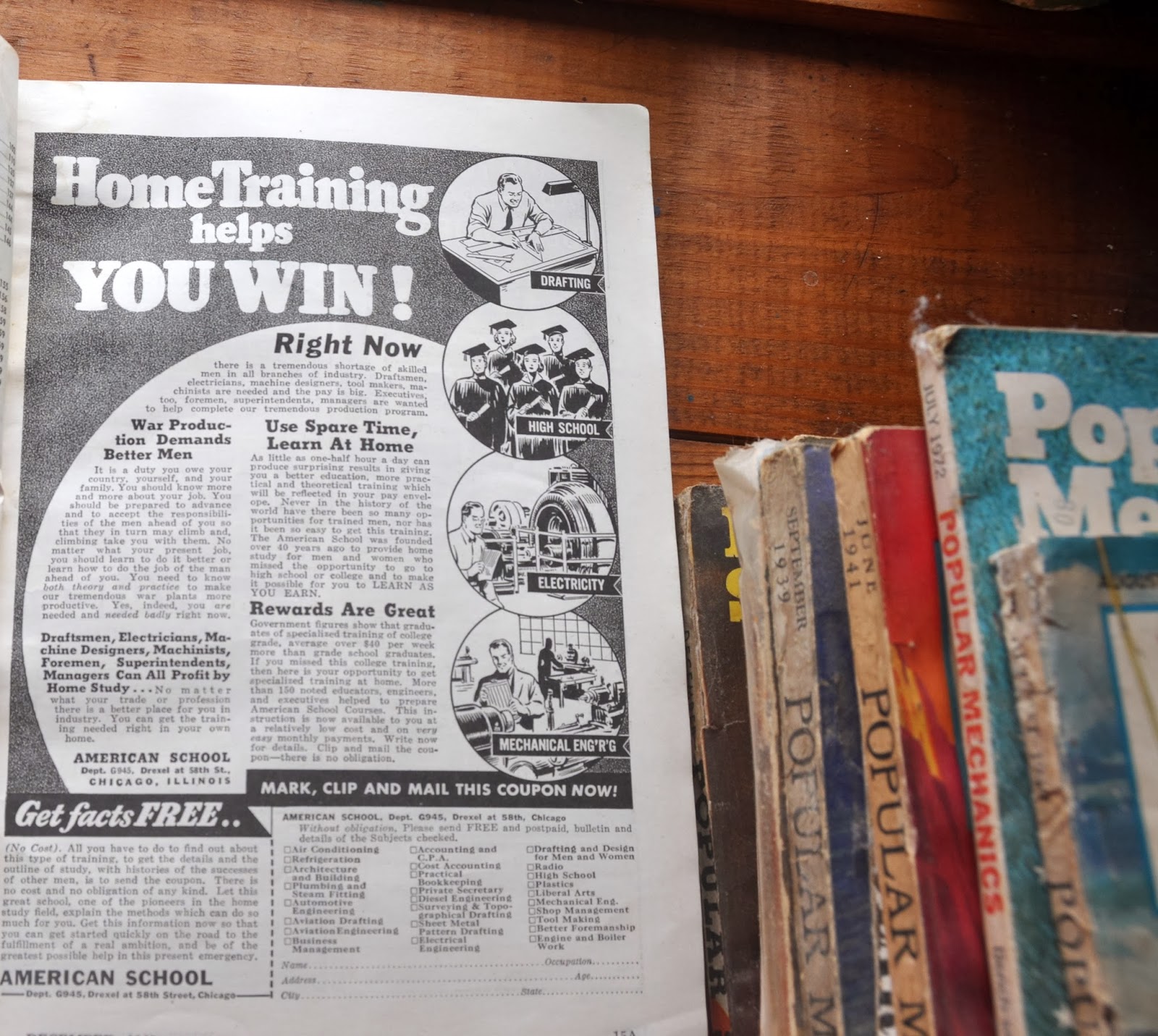 I'm certainly not longing for another world wide war -- but I do wonder if reinstating the draft -- and making it all-inclusive -- might make our country think long and hard before leaping into military action. 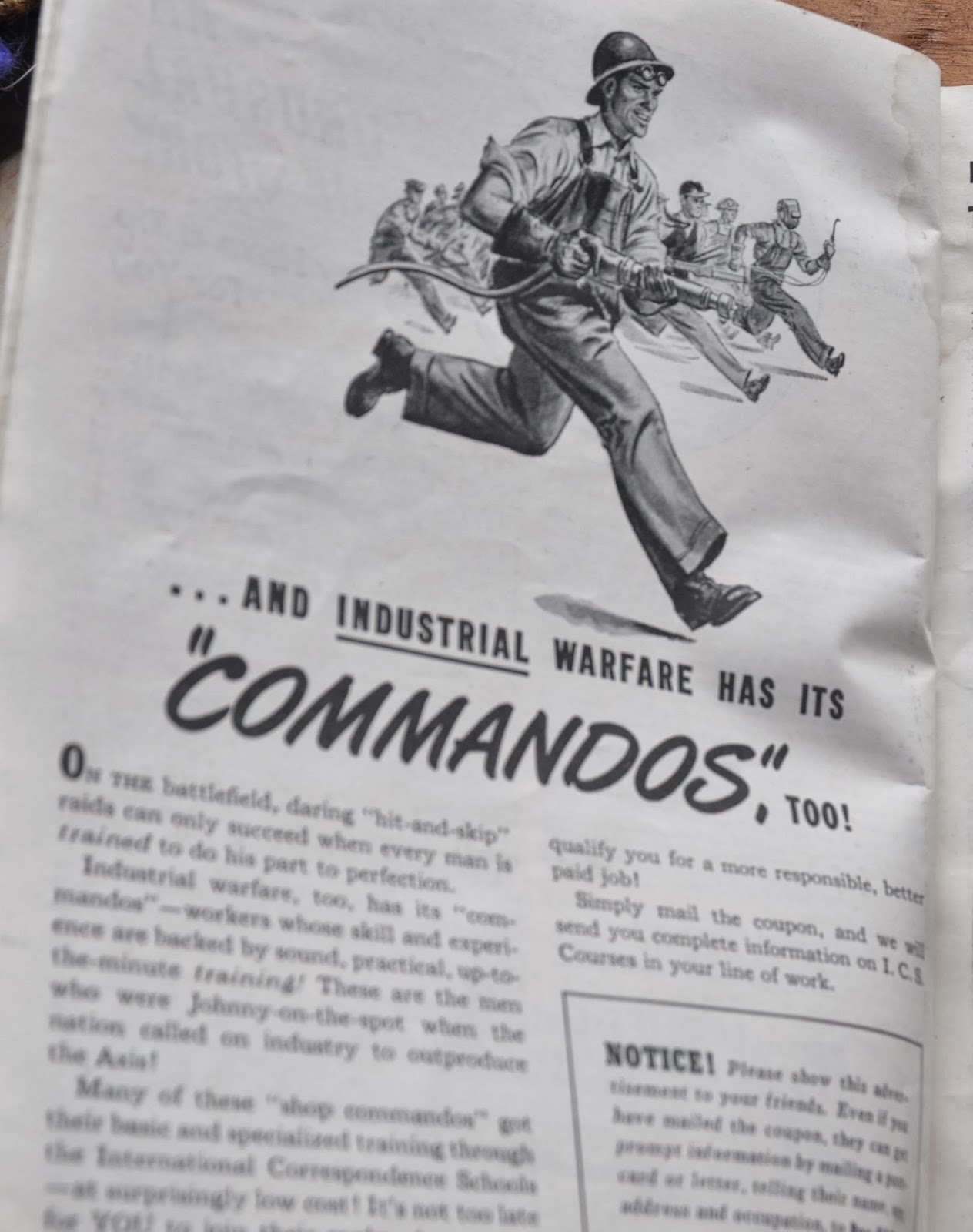 I love the old stuff like this. The ones I have aren't quite this old, but they are old, too.

I think I would rather require any president or congress to submit their 10 closest relatives for combat service before they could engage in any war-like venture. Make it personal and maybe that would put on the brakes a little.

On a different subject, I noticed the first item was a cigarette ad. It's taken 70 years, but tobacco has moved from a image of sophistication to being a near-marginal commodity. Maybe in the next 70 years we can do the same with war.

War mongering is a business that hasn't really got any fans, but certainly has those who gain from it.

I keep remembering General Eisenhower's comment. "Beware the military, industrial complex", and from THE general no less. We go to war today to protect our national interest in countries that don't have the same culture or interest. What the heck do we expect, total capitulation and conversion to Christianity and democracy? It has not worked so far.
Don't get me started. I go crazy with all this military action BS

Interesting that my husband and I watched a recent news story about the first female Marines getting combat-ready. Personally I think it's a good thing--Isreal requires both its young men and women to do service. I love the sentiment about 'all working for America' but deplore the 'if you don't think like us you're un-American' stuff we hear from radical politicians.

i detest war...but i wonder as well if everyone had a stake in it if it might curb our enthusiasm to jump into them...or at least make us speak up a bit more...

It is fun to see all of the different older articles. I too am younger than most of the stuff and yet it still looked like this in the 50's.

I am so with you, Vicki, on what you ponder in this post. I now work alongside of folks who might be the age of my grandchildren, if I had even been fortunate enough to have children.

When I mention the significance of NYC's Whitehall Street (the location where young men of my generation were required to report after being drafted during the Viet Nam era,) I realize that these folks have no idea of what I am talking about or what The Draft meant.

No idea. I don't press my referent pointing, but inside really feel even more sad. History does not always teach.

Maybe I am being particularly sensitive on this topic after reading lots of vintage reporting following Pete Seeger's death.

Vicki, I do hope that one of these days we might be able to actually meet. Meanwhile, I will tell you again how glad I am to visit here. (Think that thanks are due to that poet in Vienna, Merisi, for the intro.)

Frances, one of my favorite stories about the different memories different generations have is when I mentioned something about having to take naps in the summertime and not being allowed to go to movies because my mother was afraid I would get polio and the young woman to whom I was talking said, "What's polio?"

There are so many of my blog friends that I've never seen but feel I 'know' well. I've had the pleasure of meeting Pepper and Wayfarin' Stranger and Merisi in person -- I can only hope that I can add you and others to the list some day.

Exceptionally good post. Does anyone realize that the use of our young soldiers is to protect huge profits of large corporations. The middle and lower class has to pay taxes for the support of military games (wars) that many times mean the loss of either a son or daughter to some family all in the name of patriotism while in reality it is the rich taking advantage of us. War is a military action that benefits the rich only.