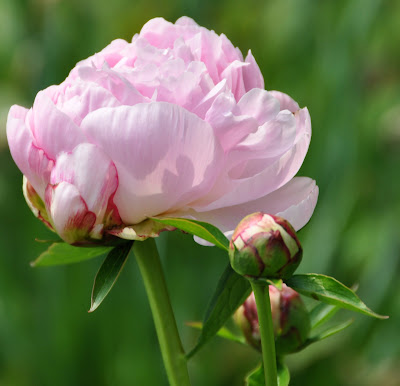 The following is a series of emails I recently exchanged with a disgruntled reader about a subject to which I have given a lot of thought. This is, however,  the first time I've been called out on this usage -- and I'd be interested to hear other opinions.

Elspeth D. is NOT the real name of the reader.

Ms. Lane,
God is a proper noun and should be capitalized.  Please show respect.
Thank you.
Elspeth D. 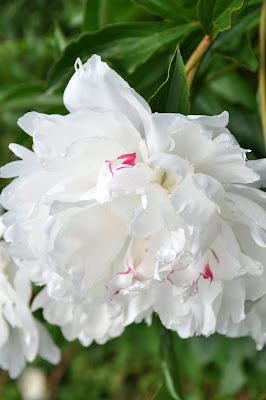 I disagree. God is not always a proper noun. To quote from one source:

What if I wanted to say that the Hindus worship a many-armed god?
Would you consider that disrespectful?

I tend to avoid the capitalized God, precisely because I'm generally
not referring to the god of any particular religion.

I don't know what writing of mine you're referring to but would be happy to discuss it further if I knew the context.

The first two examples that you gave of the word God are a proper nouns; the others are not.
I found the instances in the Elizabeth Goodweather books.  I can't quote an example from memory.  However, I have just received "Old Wounds" through interlibary loan and will take note if I see God with a little g but if you tend not to capitalize God that is, of course, your choice.

I lived in the Smokies in East Tennessee years ago and you descriptions of the presence of nature brings back vivid memories.  I don't think I'll ever set foot in Asheville again if those descriptions are on the money.

Thank you for your response.  Keep up the good work.
Elspeth C. 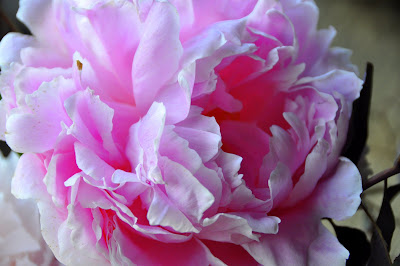 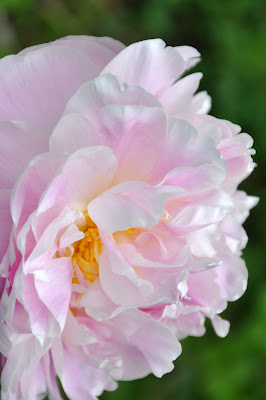 interesting exchange...i will say i agree more with your thought process...and i find it a bit humorous some of the things people choose to take a stand on...and what they hope to gain in an exchange of this nature...her comments on not returning to asheville are a little odd as well...'outsiders' stuck out to me...i wont dwell on it though but it gives me a bit of perspective...haha

When I read the title of your post I thought, "Uh oh." But Elspeth was so polite, and your exchange was so respectful of each other's thoughts, it gives me hope that perhaps, one day, we can all be that respectful of one another.

What I don't understand is why she needed it justified in the first place.

I'm sure that an omnipotent, benevolent deity would not get hung up about how we write his/her name.

I admire your willingness to engage in a delicate topic - especially with someone who seems rather critical of many topics (your writing, the denizens of the city).

Sounds like someone who perennially finds fault. You, on the other hand, sound confident, mature and accepting in your exchange.

I found your exchange with "Elspeth" to be very interesting. To me, she sounds like she's not very happy but just my opinion. I agree with everything you said, Vicki, and since I was "born and raised" in Madison County, I feel that counts for something!!!

Good morning, Vicki~ I always think 'whose God' when I see the word capitalized. And when the reference is not at all clear TO ME, as in the common phrases tossed about and engrained "In God we trust" and "Under God" the use of the word just troubles me. Whose god? I see huge difference in the g/God people are referring to. However, the g/G difference you describe employing makes sense to me. The Allah/God pairing of signifying a proper noun is logical if and when we as readers know the person or fictional character well enough to know what God.
Oh, and for my part, as a woman, I also always use the pronoun 'she'to refer to God
On the Asheville outsider comment, I have lived deeply in several locations--that makes me often an 'outsider' in places where I feel most at home.
What an interesting exchange of ideas. Thanks for sharing.

I appreciate your thoughts -- I really don't mean to be disrespectful --

Well, considering how people with differing opinions typically respond when cloaked in the anonymity of the Internet, Elspeth's "correction" to you is downright gracious. I'm with Martin. And as a resident of Asheville who cherishes the rich tapestry of oldtimers and newcomers living, working, and playing side by side, her attitude of us strikes me as narrow and mean.

Vicki,
I tried to comment. I really did...but the subject is so vast, my puny rolling thoughts don't even start to make an intelligent dent. Good post and thank you for sharing (as they say, nowadays!)

Vicki, after several facebook threads yesterday about "God" and how He commands us to live according to how we read what He literally wrote in the Old Testament (forget the New--there's more fun in judging others and consigning them to hell.), this is surprisingly civil. I recall the recently deceased Doris Betts, one of our very best novelists, telling us that after her first book came out, she gave her first reading in her hometown of Statesville, excited and wanting, of course, to have her appreciated. A woman came up and told her she was going to hell because she'd used off-color language and taken the name of the Lord in vain and was obviously needed saving.
Doris WAS a believer. And this exchange stunned her, the meanness of it, the smug judgment and refusal to listen to what the story was about. At least Elspeth sounds more polite.

Ah, a stroll through the mine fields of the Bible Belt.

Well done for standing up for rationality. What in the name of Dog is the matter with some people?

Oh how incredibly civilized and restrained!

Vicki, I am in total agreement with you on the use of God vs. god. I use the term more as a figure of speech than anything but somewhere, someone will always be offended. Nothing you can do. At least this was a civil matter of an "agree to disagree" matter of opinion.

I'm always fascinated what this topic; pleased to see that 'Elspeth' was civil -- I pretty much figured that you would be. :-)

As a firm believer in God, I use his name with respect. However, I am also a firm believer in respecting other's beliefs - and learning from them. If offense should be taken, it would be if god had been capitalized when not speaking of God the Father. How is that for confusing. I liken it to capitalizing city when refering to a specific place... City of Jefferson. All other instances would not be capitalized.

Elspeth sounds rather narrow minded in many ways. Her issue appears to be that god is ever used to not refer to her one true God. That is unreasonable. So sad that she can't embrace the Ashville changes.

Not to sound condescending (which means that I WILL sound condescending), but is this such an important issue to dear Elspeth that she would spend so much time on it? She must have a very fulfilled life to allow this to upset her so. I am impressed with your continuing conversation with her. I'd have been tempted to tell Elspeth, "I don't capitalize god because she told me not to."

Fascinating post. I read it on Goodreads.com first, then jumped over to your blog. I admire and appreciate your respectful dealing with someone with whom you don't necessarily agree.

My all-time favorite quote is (and has been since I was 14 years old)by Voltaire:

"I may not agree with what you say, but I will defend to the death your right to say it."

You really handled that beautifully.

On another note - I am just sick that the amendment in NC passed. But, I can understand it, because while NC is part of the Bible Belt, one of the departments in my company consists of several people who form the BUCKLE on the Bible Belt. Honest to god (grin), they do not believe in dinosaurs. Rationale: "God just put those bones on earth to test our faith." The scary part is that this is a very high tech company and some of these people are freaking brilliant in some ways.

Well, didn't intend to go off on a rant like this, but, to quote another favorite (Mick Jagger) " Start me up! If you start me up, I'll never, never, never stop."