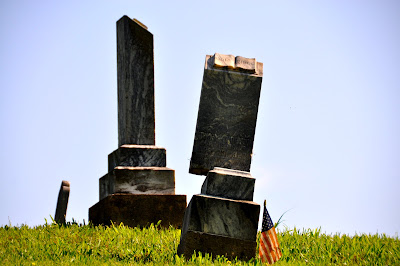 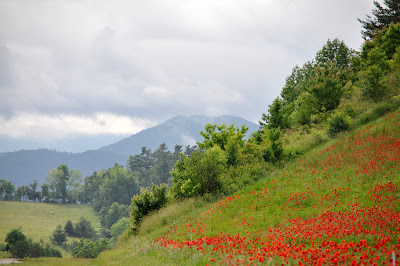 What if, instead of buying another paper poppy, we pushed to bring our troops home from Afghanistan . . . and thought long and hard before engaging in any more so-called "pre-emptive' wars? 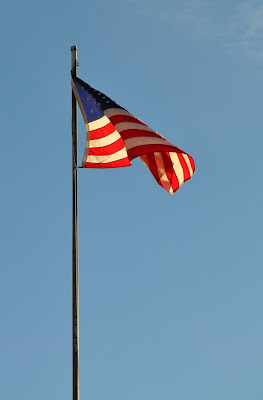 BTW the photo of the poppies is beautiful. Where was it taken?

But then who would be the world's hall monitor?

The poppies picture was taken last year on 25-70, the highway leading to Marshall from Weaverville. The poppies are there this year but not planted up quite so high.

Ditto on the amen, but I don't see that happening anytime soon.

Thank you for honoring those who serve.

We'd have real, meaningful health care, free college educations,
decent jobs that paid a living wage, people would live and let live instead of trying to tell others how they should live, and dying on foreign shores for an undefined cause...we would have environmental quality (think of all the pollution that war creates)...OK, I'm not done, but the list is infinitely tantalizing. If only...
Elora

what if indeed...i def honor those that have served and given us what we have in the way of freedom...it is those that send them on these wars that i question...

And maybe we could pass a law that no young people could be sent to a war until after the President and all members of Congress had served 12 months in the front lines under fire?

What if the politicians did six weeks basic training, and joined the troops they have so much respect for? You know, shoulder to shoulder, for the cause?

As usual I looked at all your past posts. I love your soft little calf – so sweet. Your post on whether to capitalize the word god or not was interesting. So I searched on French blogs to see how they did it – I found “bon dieu” (good god” and “mon dieu” (my god!) but then I found “Dieu merci” (thank god) but that was on a blog from Quebec and the French Canadians are a lot more religious than the French.
I did not realize you could root impatiens. When we came back from New York we saw that some animal (I guess a rabbit or deer?) ate all the impatiens my husband planted (about 8 large pots.) All gone to the roots.

I forgot to say how sorry I am about the vote in North Carolina. I am not surprised. Since I came to the US in the 1960s I have seen a definite move to the right and more intolerance and bigotry, but not just in your state. How many states voted against same-sex marriages? About 30 or more maybe. This is why when all this patriotic season starts and I hear people say they are happy to be in a country where everyone is free – excuse me but I laugh. Same with separation of church and state – I think what the Right means is separation of any other religion or non-religion from the state but their own brand of Christian religion. I was in awe when I read that the top ten rated news shows in the US are all Fox New shows, so that it a lot of folks getting their “news” there. But then I also read that Fox News watchers are less informed than people who watch no TV news at all….

Exquisite color in the rose...and on my, what a beautiful butterfly!!! WOW! Cathy