What Do You Look for in a Protagonist?? 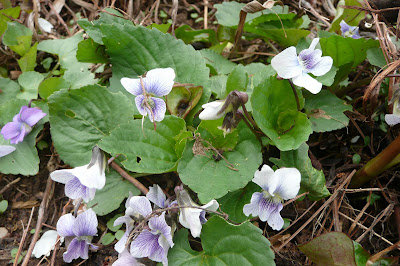 Last night, in the writing class/critique group that I lead, one of the class members expressed her dislike for the protagonist of the novel under discussion. 'Too weak . . . too indecisive . . . was the chief complaint. Most of the class eventually chimed in, expressing similar reservations about this character.

The character in question had, however, a defendant -- a psychologist who is writing a memoir . . . and whose main characters have also drawn fire for some of the same reasons. The psychologist contends that the personalities are interesting.

And then we got a little way into the question of literary fiction versus genre/popular fiction.

Oy! What a can of worms!

I write and teach popular fiction -- and I'm working from the point of view of one who wants to write something that a lot of people will want to read. In the realm of popular fiction, standard wisdom says that your protagonist should be someone whom the reader will like or admire or, at least, be intrigued by to the point that the reader will want to know more. The protagonist also, according to standard wisdom again, should not be passive, should act rather than be acted on. Sure the protag can observe -- but then those observations should be translated into action.

The psychologist felt that those who demanded a strong competent heroine had unrealistic expectations -- "People aren't perfect," she argued.

And of course they aren't. It's another bit of standard wisdom that the protagonist must have a flaw, a weakness, if you will. But there's a big difference between a flawed but mostly strong character and a character who seems to be just kind of wimpy without even a good flaw.

I'm sure that a good book can be written with an unlikeable set of characters . . . probably has been written.

Lolita comes to mind. Humbert Humbert is an ingenious monster; his infatuation with Lo is his flaw and there is such excellence of writing, such artistry with words -- as well as the tantalizing story line -- that people tend to read on. Awful though the characters are, they're interesting.

But, says the psychologist, all people are interesting to me.

So I don't know -- What do you all think? Any opinions on what makes a good protagonist? And do the rules differ for male or female protagonists?

Shrinking violets or in-your-face types or some combination thereof -- what's your fancy? 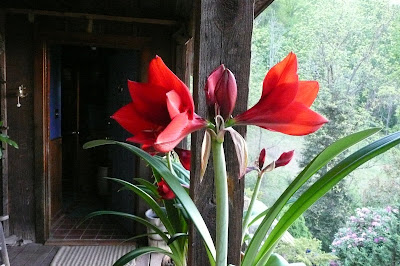 When it comes to female main characters, I really hate the "shrinking violet" types. I cringe every time I read something where the woman spends her time worrying about what her husband/boyfriend/whatever thinks and never feels as if she could possibly do much of anything on her own. So, I reckon that limits me when it comes to older, literary fiction.

I like characters such as Elizabeth because she's a regular person, not some glamorous type, and as you said, he "acts," doesn't just sit around observing things. I will admit, sometimes she's done things that make me want to shake her, but that's part of it as well. She's a character I have no trouble picturing in my mind, which is another thing I like.

OK, typo up there. In the second paragraph, it's supposed to say "she acts" not "he." Oopsy!

I like a variety. I'm reading Janet Frame's "Towards Another Summer", an autobiographical novel. She is definitely the shrinking violet type, with lots of intricate thoughts and hidden emotions. This can be even more interesting than an obvious, in your face kind of character.

I think that the 'hidden thoughts and intricate emotions" Willow mentions is the key to making an outwardly passive character compelling.

Popular fiction can tend, sometimes, to one-dimensional characters -- I don't care for them either.

I guess what I was trying to say to may class is that the characters in a book need to have some qualities -- obvious or hidden -- that make the reader want to spend tie with them. Or the writing itself has to be s0 exceptional that the reader reads on for the sheer pleasure ot the words.

What an interesting question!

First, unlike the psychologist you mention, I do not find all people interesting.

And I more than likely will not finish a book that gives me a protagonist that I don't like, or find interesting.

It must be tough for you writers to find that nebulous "in-between" where the character isn't too namby pamby to live, or is so aggressive they become intolerable, and still be interesting!

Like Susan, I enjoy a character I can picture in my mind. If I can picture her in my mind, that usually means I can also picture, or understand, why she does what she does, or reacts the way she reacts. That, I think, is what can really turn me off with a character - when they do something so completely out of character that it just jars me out of the story.

A perfect character? Nope - I don't look for perfection. I think perfection is way over-rated, boring, and just doesn't ring true. BUT - what that character does have going for them doesn't need to be right out front and in our face. Subtle is more to my liking.

And - I'm a sucker for southern eccentricity. Then - toss in a bit of cultural lore in and you've got me.

I like a character that is complex but not angst ridden so that they are constantly bemoaning this or that. I don't like to be around 'in your face people' so characters of that nature tend to turn me off. Wimps---whether male or female are something that I have a hard time sticking with. However I do enjoy a character that is 'normal' and has insecurties and flaws, but are actually pretty heroic in everyday circumstances. (The example you gave of Tony Hillerman's Chee and Leaphorn come to mind). Not sure any of that makes sense. I think you do a good job with Elizabeth, balancing who she is with what she always manages to get involved with. :-) I do enjoy that and I think it's time to go back and reread the series!
Tammy

I was thinking about Kaye's response as I was out hoeing the broccoli and I realized that there is one book I loved in which the protagonist is a dreadful wimp -- Daphne DuMaurier's REBBECCA. The protagonist is a mousy little thing and such a cipher that she isn't ever named. She does, however, have interesting and rebellious thoughts and as the novel progresses, she does strengthen a tad.

Of course, it could be argued that the real protag is the late Rebbecca . . .

Or Manderly itself. I'd read that book for the descriptions alone.

Tammy -- yeah, I'm pretty opposed to whining. There's one whole subgenre of novels, usually first novels by young women, that I lump together as "Whining About My Mother' novels.

Not saying one couldn't write a good novel about how badly one's maternal parent behaved. It's been done and done very well. But there has to be understanding instead of whining.

I suppose I like the heroine to be like me because then I can imagine that I am in the situations that she is in. Go one further, a heroine that it is like me but a bit braver than me, a bit prettier than me etc. so she is someone I am but also aspire to be. Someone about the same age too - someone to identify with.
Blessings, Star

I am a bit of a romantic person: I like the protagonist or main character to be a strong one. He or she might be a bad or an extremely good person, but not ridiculous like "Lucky Jim" by Kingsley Amis. I was greatly annoyed by the stupidity of Jim Dixon. Silly, aren't I?
Thanks for your visit Vicki!

I think a lot of people feel the way you do, Star. That's one reason I chose to write about a woman in her fifties -- the vast majority of readers are middle-aged women and I thought a character of that age might find an audience. Also, it was a matter of write what you know . . .

Reader Wil, I also have trouble with characters who are, as the slang has it, TSTL (too stupid to live.) Although as quickly as I post this comment, I'll probably think of an exception.

Probably the thing is that there are always exceptions -- and great writing can make almost any character enjoyable.

I like a protagonist that I can identify with on some level, the more levels the better. Female or male, the main character must be strong-willed (but not to the point of stupidity or arrogance), have the ability to laugh at themselves, have a good sense of humour, courage (not the super-hero kind, but the kind that allows you to do what needs to be done even when you're afraid) a kind heart and a few flaws. I cannot stand wimpy women who wait for a man to rescue them or who have to have a man in their lives to feel complete. I don't like whiners. I do tend to find all people interesting but, after being a Probabion Officer for 17 years and married to a cop for 34 years, I don't want violent criminals as the protagonists of a book I'm reading, and I hate it when authors try to justify what these people have done by blaming it on their childhood or their mothers.

Ahh, Victoria - I believe you've got it. Identify with on some level -- the more the better. That's what allows me to identify with -- say Jim Chee -- even though I'm neither male, Native American, a police officer, nor in my twenties. I do identify with his questing spirit and his sense of being torn between two worlds.