Here in the mountains they used to celebrate Old Christmas. Other folks know January 6 as Epiphany or Three Kings Day, commemorating the coming of the Wise Men to Bethlehem.

But memories were long in the isolated coves and hollers of the Appalachians -- and the English and Scots-Irish settlers brought with them from Great Britain the tradition of Old Christmas.

Ever since England's Parliament passed the the Calendar Act of 1751 in which the Gregorian Calendar replaced the Julian, lopping off 11 days, the date for Christmas, said the traditionalists, was out of whack. The real Christmas, they maintained, was the old Christmas-- January 6. 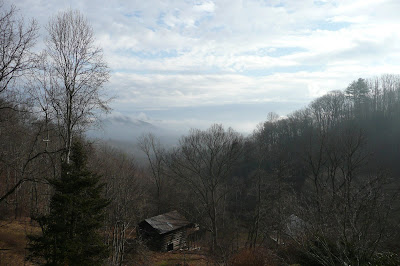 Fair and Tender Ladies, Lee Smith's pretty-near perfect novel about Ivy Rowe, was my first introduction to Old Christmas Eve, when the tiny, almost magical Cline sisters skitter over the snow like waterbugs to visit Ivy's family, as was their custom every January 5th, and sit up all night telling stories.

On Old Christmas Eve, says Ivy Rowe, "alder buds will bust and leaf out, and bees will roar in a bee gum . . .' 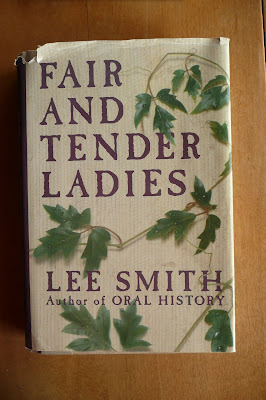 One of the loveliest beliefs about Old Christmas is told in "The Christmas Miracle" from the Sheila Kay Adams story collection Come Go Home With Me. Sheila is The Real Thing -- born to the seventh generation of a ballad-singing mountain family -- and she tells of going to the barn with her grandfather to see if the animals all really knelt down and prayed at midnight as they were said to do. 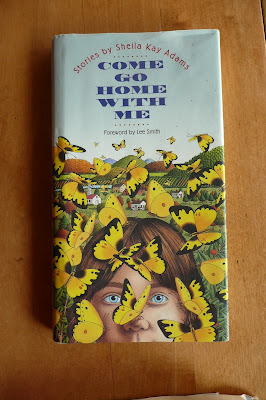 Both of these books are absolutely marvelous reads, especially for anyone with a fondness for Southern Appalachia.

And you might want to stay up till midnight . . . just to see what your animals are doing.

I have them both,have read both and you are correct,they are marvelous!I am reading Shelia's
My Old True Love now and I love Arty, this book is wonderful!

I can't recall if I've read that Lee Smith book, but it sounds worth re-reading. I've read and loved lots of her work. The other one sounds like something I need to get hold of. That Readers Anonymous thing is getting farther and farther away!

My son was born on January 6th,and
my step-father who was Serbian Orthodox celebrated Christmas on the 6th. He always referred to my son as his Christmas baby. Therefore, tomorrow has always been a special day to our family. I will have to read both of your recommendations.

I really can't praise these books enough. Both were huge influences on me.

Sheila was my younger son's 8th grade teacher when she was working on COME GO HOME WITH ME and I had the pleasure of proofreading it. Her MY OLD TRUE LOVE is another beauty. (Forget Readers Anonymous, AK)

Sheila was also my older sons teacher and a sweet person who always takes the time to stop and talk whenever we run into each other. I love both her books and only wish she had the time to write more ... "My Old True Love" is an amazing book!

Lee Smith is a favorite author of mine too ... a real treat to read her books.

Sheila and her husband also have a Christmas cd, on which she tells that story - her voice makes it even more special. We also recently got her cd "Live at the International Storytelling Festival," and I highly recommend it. The song "Over Home" makes me cry, but the story behind it is hilarious!

And Carol, I loved Arty too - I missed her when I finished the book.

What Phyllis said! Hearing Sheila tell her stories is WONDERFUL! She is one talented lady!