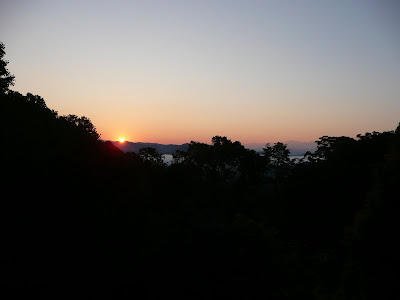 Today marks the Summer solstice: the sun is rising at the northern end of its range. 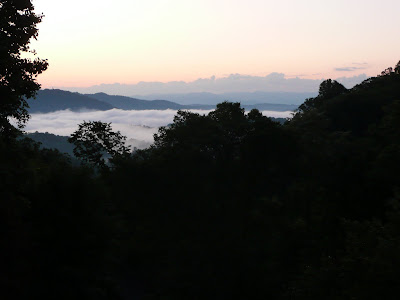 It has far to go before it reaches its northernmost point on December 21. 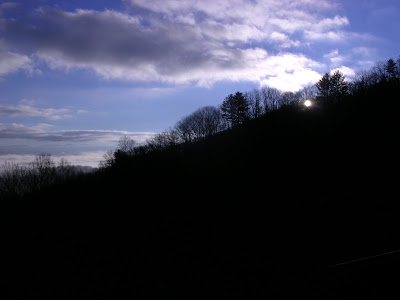 For time out of mind, people in the northern hemisphere have celebrated the Summer Solstice
( also known as Midsummer (see Shakespeare), the Christian St. John's Day, or the Wiccan Litha). Dancing and bonfires to help increase the sun's energy were common and among the Druids, the Summer Solstice was known as the wedding of Heaven and Earth -- thus the present day belief of a lucky wedding in June. Pagans called the Midsummer moon the Honey Moon for the mead made from fermented honey that was part of wedding ceremonies performed at the Summer Solstice.

Midsummer was also known as a time of magic, when evil spirits might appear. For defense against evil, Pagans often wore protective garlands of herbs and flowers. One of the most powerful of them was a plant called 'chase-devil', which is known today as St. John's Wort and still used by modern herbalists as a mood stabilizer.


Today, the day is still celebrated around the world - especially in England at Stonehenge and Avebury, where thousands gather to welcome the sunrise on the Summer Solstice. Pagan spirit gatherings or festivals are also common in June, when groups gather to light a sacred fire, and stay up all night to welcome the dawn.

I'll be celebrating with a reading at Accent on Books at 6 this evening -- no dancing, mead, or bonfires, but there will be wine and nibbly things and there will be a witch (Byron, Asheville's Village Witch, is one of the booksellers.) Six o'clock -- not seven, as posted elsewhere.

Isn't the Summer Solstice also the longest day of the year? I was born on December 21, which is the shortest day of the year, in Minnesota. Maybe that's why I have an affinity for cold weather and dark or gray days.

BTW: The plant I was researching that's growing like crazy in my yard; looks like it's Japanese Knotweed. From what I've read, only herbicides get rid of it completely. Since I don't like to use those types of thing, I just may have to adapt and see what I can do with it.

Yep, it's the longest day.