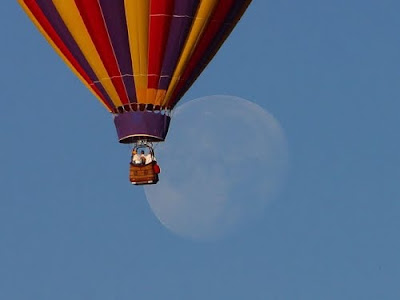 But I did get to spend time with lots of wonderful writers and readers and most especially with Herself, my editor, a once a year treat.

No, we weren't all on stage for the awards so there was no way to do the jumping and squealing thing.

But Julie Hyzy, who won the Best PBO Anthony, was certainly the most enthusiastic in her acceptance speech.

The winner of the Best First Novel -- where you'd really expect to see some Sally Field moments -- was, unfortunately, deceased and his publisher and translator, who did the accepting, were suitably subdued.

And I didn't even take pictures of the event, having left my camera battery in the charger back in my room.

But, without further ado, here are the winners.

Best Short Story
"A Sleep Not Unlike Death"- Sean Chercover

And no, I'm neither disappointed nor depressed, having not ever really thought it might be a possibility (except for about a nano-second before Julie's name was called.)

Now, onward and upward and back to the mountains!

Safe trip home Vicki! And, your loyal readers know you are the best anyway. :-) I bet you will be exhausted for a few days after all the whirlwind of activity. You should (hopefully) finally be getting your long overdue package in a few days.
Take care,
Tammy

With all the zillion mystery books out there, I'd say it was pretty BIG TIME to get nominated Vicki!!
I'm really proud for you!! :)

Oh come on, you are a little disappointed, admit it. I know I am. But it is so cool that you were nominated. Congratulations.

Thanks, you all! It's good to be back! It's going to take a day to get sorted out, unpack, do laundry, and generally catch up.

Vicki, in my book, you're the best and should have received the award. But really, when you think of how many authors they had to choose from just to pick the nominees, I think it was a huge honor to be nominated.

Thanks, Victoria -- It absolutely is an honor and it will follow me hereafter as I sign myself,

and it'll be on my next bookcover.

Congratulations on the nomination, Vicki, what an honor!

I always feel sorry for those who are nominated and at the end do not win. Most of the time, all that got nominated would have been worthy winners.

Being nominated was a terrific honor. I think that everyone has their own takes on things, on life, on what they read - they may be moved by a different part in a story. A different panel of judges might have chosen other authors for the prizes than those who won. So this is why being nominated is like getting the prize really. It must have been so much fun for you to be in the company of so many talented authors, a group where you belong.

Absolutely true, Vagabonde -- except that the awards were voted on by all those in attendance at the convention. In my category there were two 'hard-boiled' mysteries, two more or less 'classic' mysteries (that's where I fall,) and one 'cozy'. It was the cozy that won -- possibly a reflection of the tastes of the majority.

Thanks for the kind words -- the nomination itself was a huge honor -- and it is great fun to hang out with readers and authors!

I'd like to add my congrats to the rest of the crowd, Vicki; I was most impressed that you were nominated; a whole heap of mysteries are published every year, fersure.
I really enjoyed both "The Girl with the Dragon Tattoo" and the second in the trilogy, "The Girl Who Played with Fire." The Girl of the title, Lisbeth, is a very different kind of heroine. I especially liked (schaudenfreude?) the fact that there's corruption and crime in Sweden, too!

I want to read those Larsson books -- they sound terrific.