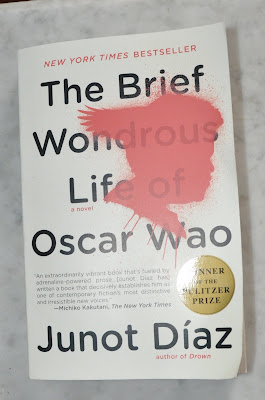 This is Some Book. Don't take my word for it -- check out all the reviews. And then there's that Pulitzer Prize thing -- not bad for a first novel.

(Of course, Diaz had been polishing his prose, publishing stories in The New Yorker for some time.)

I was going to save this post for a while, since I just carried on about a book the other day. But I wanted to acknowledge Banned Books Week and this book would undoubtedly make some folks' banned list -- language, sexual situations, violence -- and in the Dominican Republic, I have no doubt it would Not be popular among many.

The book is, on the surface, the story of Oscar, whose Dominican heritage haunts his nerdy, role-playing gamer, fat boy, loser life. But what it really is is an exploration of that heritage, that curse, that land called the Dominican Republic.

A bit of history -- Trujillo, who ruled the DR with an iron hand (and US support for many years till the CIA allegedly arranged his assassination) was as cruel and lunatic a dictator as Saddam Hussein, Pol Pot, Stalin, Idi Amin, ____(insert name here). 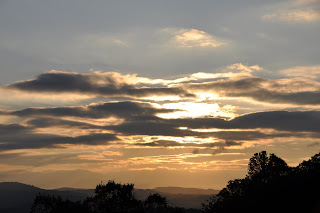 Trujillo ordered the death of any Haitians living in the DR or of any Dominicans with Haitian blood -- sending his minions to do the execution with machetes. All of this to make the DR a 'whiter' nation. (Trujillo himself was a quarter Haitian.)

He was infamous in lechery -- an eye for the ladies and girls -- who, single or married, were all available to him -- or else.

And our government supported this man, fearing that with him gone, the Socialists would take over. When his excesses become too excessive to overlook, he was removed and another dictator, almost as bad if not so psychotic, was installed. 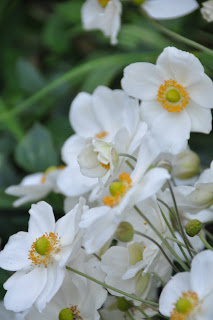 Oh, it makes me want to weep.

But this wonderful, sprawling, quirky, somehow good-humored, in spite of all that is evil, book is a testament to the light that still shines in the heart of one Dominican.

When I was visiting my mother she commented on how I was not ever the lover of dolls and toys she had expected me to be as a child, but rather books. "Always books, Sheila." she said. LOL

Whatever made you read a book like that Vicki? Do you have a list of unusual books that you like to read or do you have an affinity for that part of the world?
Star

It's certainely an interesting book, with matter of reflexion...

Star -I read it because it was recommended to me by a friend whose opinions I trust. I'm not normally drawn to reading about Third World Suffering and tend to avoid depressing books.

But though the subject matter is grim enough, the spirit is so unquenchable and the tone is anything but grim. I also read it because I'm interested in writing and Diaz's prose is something new and wonderful to me.

Miss Yves -- I'd call it an important book with lots to think about.

Vicki, that sounds like a humdinger of a book! I'll be adding it to my stacks of to-be-read books.

That book looks very interesting. I am making a note of it. Today at the Bookfair I did buy the book Providence, and it is 700 pages long! I have been buying books since a wee girl and I just can’t give them away. I must have about 3000 to 5000 right now (with my husband’s collection.) I have them in every room, one room is full of books – I mean no furniture. I thought that when I grew old and could not travel I would spend my time reading all the time. The problem is that to read all the books I have accumulated now I have to live until I reach at least 125!

We too have bookshelves overflowing in almost every room -- And how nice to know there's always something to read!