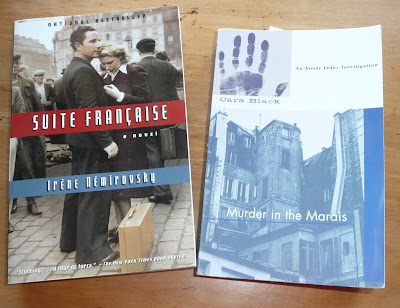 Suite Francaise, written by Irene Nemirovsky (who died in Auschwitz) and published posthumously, chronicles life in Nazi-occupied France. It's sad -- how could it not be? -- but beautifully written and it provided an uncannily perfect segue into my next read, Murder in the Marais.

The first book in a series of Paris-based mysteries by Cara Black, Murder in the Marais is set in the old Jewish quarter of Paris and deals with a crime reaching back to the time of the occupation. It was a wonderful read, with a close look at a part of Paris tourists aren't likely to see. I'm looking forward to traveling the back ways of the other districts by reading the rest of this series featuring Aimee LeDuc, a kick-ass investigator who knows her way around the place!

From Paris to Scotland for Now May You Weep was a short hop. Deborah Crombie's Duncan Kincaid/Gemma Jones series is set in the UK and follows this engaging police pair in their personal and professional lives. This entry takes place in Scotland amid the distilleries and the old Scots families with their long-simmering resentments. Lovely description, well-rounded and believable protagonists -- another series I'm going to have to pursue. 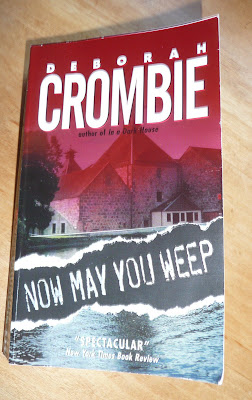 Emily Dickinson, who lived an extremely circumscribed life, wrote that. I get out a little more than did Emily, but I still rely on books to 'take me Lands away.' In the future I plan to spend a good deal of time in Paris and the UK. 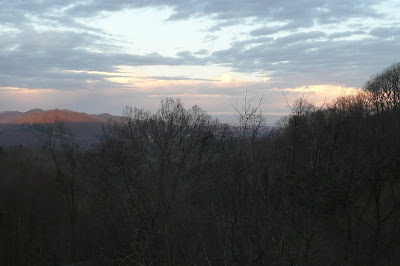 I said, back in my post about Murder in the Magic City where I met Cara and Deborah, that I wished I'd set my books in some neat place so that travel would be tax-deductible.

But when I look at our eastern view or stop by the river to enjoy the sound of the rushing water, I think of what Dorothy said: 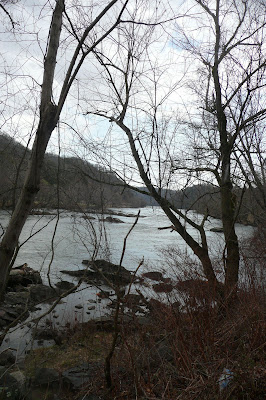 Vicki.......your books are set in the most beautiful, romantic and inspiring place there is!You will always have something wonderful to write about!

As much as I love traveling here/there, I start to miss the mountains immediately, and my greatest joy coming home is seeing them 'looming' in the distance.

Your books also bring me joy ... one that is indescribeable! cragui

Vicki-That quilt over on the right underneath the Suite 101 info--what a beauty! Severe quilt lust here.

Thank you, Carol and Pat -- and yes, this IS an earthly paradise most of the time.

Pepper, I made that and I'm very proud of it! It was inspired by a picture of an antique quilt. I had some odds and ends of raw silk and some satin, and a few silk ties that turned into that quilt. There are embroidered flowers in the middle of each square.

It's a wall hanger -- probably not three feet square. It's in the possession of a friend of mine and I can't remember if I gave it to her or she bought it. Hope I gave it to her for I would regret having sold it.

Your river looks a lot like our river. I love the rush when it's full of melting snow.

It's a fine white-water river when we get enough rain -- the past few summers have seen it depressingly low -- lots of rocks and not much water. The poor paddlers are forever getting stuck.