As I explained in a previous post (HERE), I often recommend that  novelists write themselves letters in the voice of their main character(s) explaining why those characters think the novel needs to be written.

Here's the letter from Col. James A. Keith -- the Confederate officer generally held responsible for the Shelton Laurel Massacre. 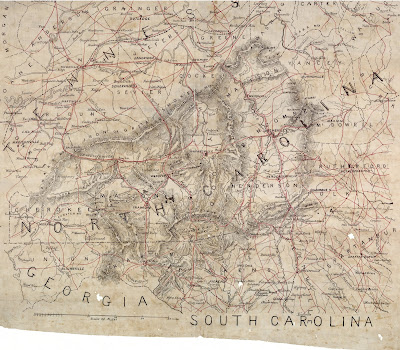 Like many military men of high rank with experience of the late War, I have it in contemplation to pen a memoir that will, I believe, suffice to paint a complete and accurate picture of my life, including the incident (as you so deftly term it) in Shelton Laurel that has excited so much comment.

From the beginning, the press and the politicians seized on this military operation (completely justified in the circumstances) and exaggerated and prevaricated till it seemed they conspired to paint me a devil incarnate, lacking only the hooves, horns, and tail. I intend to put the record right.

By no means should you trust the newspaper accounts, nor even, sad to say, the military records. Men record what they would have the world believe. Oral accounts are useless as the story warps and stretches with each retelling. The truth, that elusive bird, lies somewhere between the lines.

I am powerless to direct your pen -- I only ask that you search your heart and deal with me fairly. There is more to me than that one cold day's action. And lastly, pray remember that in time of war, a man may be forced to deeds -- deeds from which, in peacetime, he would recoil in horror.
I remain, madam, your obedient servant, 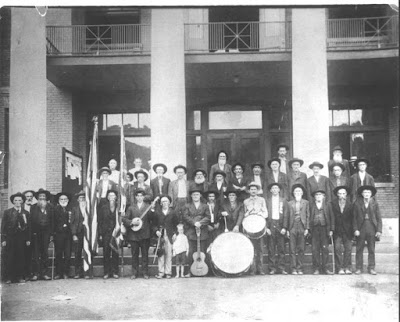 Yes, that would probably be what he said.
But who are those men at the courthouse? Veterans? I love that they all have their hats on, but have pushed them back so we can see their eyes!

Great idea and very well done. You are in his head. Or he's in yours.

Looks like he is saying live by the sword, die by the pen