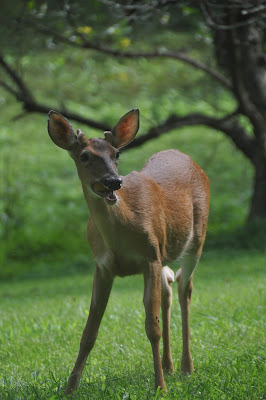 I've been spending time many mornings (while Josie is sleeping) editing or deleting the thousands of pictures I've taken over the past eight years. Since digital entered my life, I take LOTS of pictures, hoping that a few will be what I want. But I haven't been good about deleting duplicates and near misses. 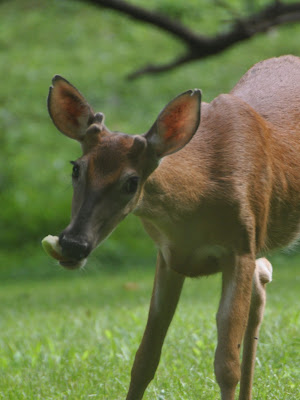 So that's what I'm doing. It's a trip down memory lane and a reminder of how very seasonally ordered my life is. Christmas decorating and popcorn stringing, snow, orchids,  birds, food, spring bulbs and blossoms, Easter Party, garden beginning, irises,garden growing, daylilies, garden harvest, autumn leaves, pumpkins, Thanksgiving, family, and here we are at Christmas again. 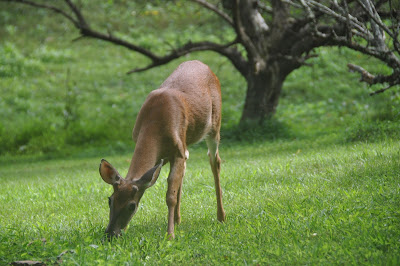 The garden pictures -- all that corn and beans and tomatoes especially -- make me a bit wistful as this year's garden has been much curtailed -- a lot of rain has caused the tomatoes to blight earlier than usual and made spraying the cole crops difficult.

Also, despite John's best efforts with electric netting and other netting, the critters pictured here have enjoyed much of what did make.  And the wild turkeys pecked at the tomatoes.

These guys are so bold that they don't even budge when I drive up the road.

Also, I think the yearling in the first picture is laughing at me. 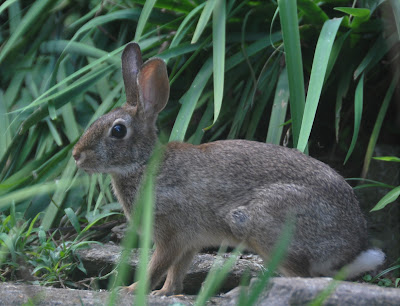 I am getting better at deleting in the past few years, but that's the current stuff.

Enjoy having time to edit those photos! I sure put it off, but try to review what I've just taken to remove the fingers, floor and my purse interior right away.

Oh goodness, I have gazzillions of photos that need to be deep sixed. I am in a funk thinking about it.