Zen and the Art of Baby Holding 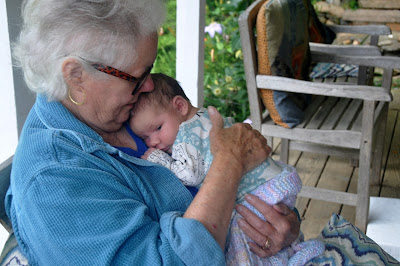 Of course I paid attention to the Comey hearing yesterday, catching bits on line between doing some household chores. And then after lunch, I went down the hill to put in some quality time with Josie. 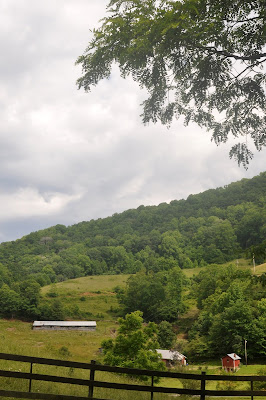 It's a calming zen-like thing, to sit on a porch and hold a sleeping baby -- no electronics, not even any reading material -- just the warm weight riding against me, moving slightly up and down in time with my breath,

There's plenty of time to appreciate her perfection -- the long toes, the whorl of the ear, the Cupid-bow mouth, the tiny fingernails, the deep blue (for now anyway) of her eyes. Even her little farts against my hand that cups her bottom are adorable. 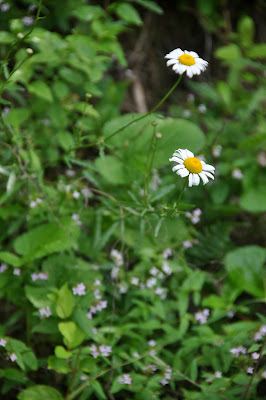 But as she sinks deeper into sleep, I begin to think about the hearing -- trying to process what I heard before I read what the various interests want me to believe I heard.

I thought that Comey was composed -- almost preternaturally so considering that he managed not to leap out of his chair and throttle Senator McCain who seemed intent on conflating the investigation into Ms. Clinton's e-mails with the ongoing investigation into Russian meddling.

It seems to me that the possibility of Russian meddling in our recent election is extremely worthy of investigation. One would think that all those flag-pinned, super-patriots of the Right would be up in arms. And that the president -- who loudly proclaims his non-involvement with Russia -- would welcome a thorough FBI investigation of the matter -- rather than firing the director.

It's likely to devolve into a he said/he said situation. Did Trump say what Comey remembers him saying?  Did he mean what it sounded like? Criminal or just clumsy?

I really wish there were tapes of the Comey/Trump meetings  -- but without them, I know whose memory and veracity I'll be more  likely to trust -- and it's not 45.

Meanwhile, House Republicans were up to no good, passing a bill that would pretty much undo the financial regulations in Dodd-Frank -- the banking regulation passed in 2010 in response to the worst financial crisis since the Great Depression.

It's a good thing I have Josie to restore my calm. 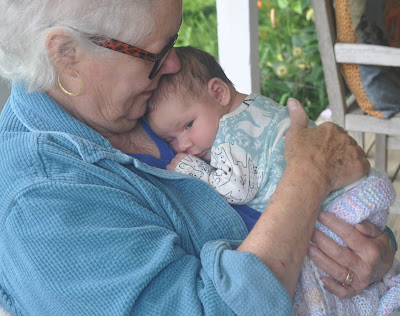 Email ThisBlogThis!Share to TwitterShare to FacebookShare to Pinterest
Labels: a little political, Josie

You all look absolutely perfect...glad there's another photographer in the family! And remember to give up your hoop earrings about the time she figures out how to grab onto them!

She is absolutely adorable. You must be in heaven. :)

Sad, Trump didn't use his time to illegally inquire about Russia to Comey. He doesn't care about the US, he only cares about himself.
Comey was imperfectly honest, I loved him. He doesn't deserve to be down in the gutter with Trump, but he is tied to him until this matter is put to rest. The truth will come out Vicki, Trump will be gone and hopefully the country's reputation will be restored to its greatness before the mob intervention.
On an entirely different subject, Josie is adorable. The warmth of her little body against you would absolutely provide a calm as in zen like. xx

Sorry Vicki this week has not been easy – Jim is even slower than usual and hard to deal with. In addition one of my wisdom teeth was pulled and it hurts till now (a week.) I came and looked at your lovely grandbaby – what a doll – she is really pretty and sweet. I did watch the Comey hearing and would have liked to talk to someone about it, but after I explained to Jim that Trump had fired Comey, Jim said “who is Trump?” – so, forget it! His Alzheimer is progressing more and more.

I felt really embarrassed watching McCain, I was hoping better from him. Today I saw a panel of 9 Ohio Trump supporters on TV. They believe that Comey lied. When asked if it was OK for Trump to fire Comey because of the Russian investigation, they all said it was OK and they had no problems with Russia getting into US voting. At the end of the questions they all said they feel better now about Donald Trump – good job they think. What has happened to this country? Ohio Trump voters thinking it’s OK for Russia to meddle into US affairs?
Now I see Trump wants to testify against Comey. You know I still believe that I see a lot of pre-dimensia in Trump, just like Jim was at the beginning (9 years ago) plus Trump’s father, like Jim’s, died from severe Alzheimer. Trump forgets his lies and believes them. We went to a carwash for the first time today. At the end Jim said he had known the employee there for years – absolutely not. Jim goes to people in the grocery store he does not know and starts speaking to them – to their embarrassment, then Jim tells me he has been to school with them back in Columbus, OH .….

Josie will know for ever the warmth she felt when she was growing up. After it's all what counts.
Adding to these dear moments of Love, we just have to do our duty and act as ourselves around where we live and feel good about it, the rest will follow.