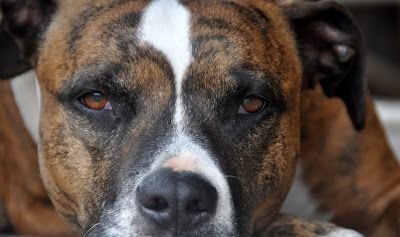 I got called out by a few people on Facebook yesterday for posting about the shooting in DC and pointing out that Scalise, the Congressman wounded the most severely, was a strong supporter of the 2nd Amendment, had an A+ rating from the NRA, and had voted to loosen regulations on automatic weapons.

Oh, the irony! Karma, as I pointed out, is a bitch.

One person said my remarks were in poor taste. Another felt that such remarks only fuel the flames of anger and divisiveness.  Another said it wasn't the gun's fault.

Evidently I should have confined my remarks to praying for and sending good wishes to the injured. But while I certainly am not celebrating this despicable act, I couldn't help but notice that these congressmen who were the targets of the madman with a gun are the same people who resist every effort to rein in the epidemic of gun violence in our country. Indeed, one of them, Rand Paul, tweeted that the 2nd Amendment wasn't about shooting deer but resisting tyranny.

Of course, that tweet was during the Obama administration.

But all indications are that resisting tyranny was exactly what the shooter thought he was doing. Funny how that works.

At least wait till they're out of the hospital, someone else said. Don't politicize this tragedy!

This was the 153rd mass shooting of 2017, according to a count by the Gun Violence Archive, a not-for-profit organization that tracks shootings across the country. And while people were fussing about insensitivity and the like, a 154th mass shooting happened in San Francisco.

Madness. And it's destroying our country.

I truly hope that the Congressman and the other wounded (an aide, a lobbyist (??!!!???), and a member of the security detail) make a full recovery.

No one should die at the hands of a deranged gunman -- not kindergartners, not gays, not policemen, not anyone -- including politicians.

And I truly hope that this might be a Come-to-Jesus moment for the Congressional opponents of even the smallest attempts to limit near universal access to automatic weapons.

But I'm not optimistic.

If Sandy Hook wasn't enough to make the Right reconsider their love affair with automatic weapons and their dependence on big donations from the NRA,  I doubt that this will sway them.

As I said, though, Karma is a bitch. And  eventually she'll bite you in the ass. 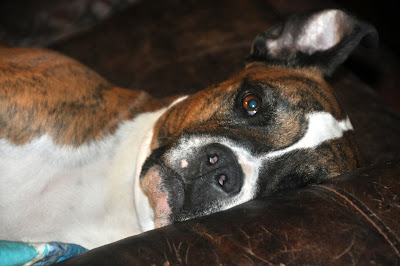 It's amazing how sensitive some people can be when it is their side on the receiving end. As far as I can see, you just observed the reality.

I found myself hoping that maybe, just maybe, this might wake up some people to understand that guns are, in fact, dangerous weapons that can kill, yes you too. And that maybe, just maybe, we could start to have a more sensible conversation about guns. But since I am reading that some politicians are now wanting to loosen restrictions so that they too may join in the fight at the OK Corral, I'm losing hope.

Karma's a bitch, but only if you are first. While I certainly hope for the health of those injured to recover quickly and recognize that this is an insidious act, I also hope that it shows a broader picture of what is so wrong with our current legislation. Gun control is absolutely necessary and legislating arms on the basis that was established during the revolutary war is simply sticking your head in sand.

Well said, Vicki. I also knew right away that this incident would be the excuse for arming everyone to the teeth........so that in their everyday lives they can jump in, blazing away, to enforce their own version of law. Why was it such a surprise that someone heard the call to "get 'em outta here" "lock her up", etc and was inspired to follow his own path to violence? Will this bring people together? Hell no! Not in a kumbaya way.........more and more violently partisan. Yes, I'm praying.......but free will means human nature, and I think we have all seen too many incidences of the worst human behavior.

Well said, Vicki. Please continue to be a voice of reason, although fighting the money of the NRA and like groups is a uphill battle.

Amazing to see the polar opposite opinions. One Congressman who was on the baseball field at the time insists it should be easier for people to have guns. And you are not the only one criticized for your view. Gabrielle Giffords received some unbelievably cruel tweets after her poignant speech. It's hard to imagine that we can all come together in such an atmosphere. And the NRA folks see no irony whatsoever.

I do not believe that the NRA waited for the First Graders to be buried before they spoke out.

I'd reiterate what Anvilcloud has commented. Pious condolences do nothing. You need action on your crazy ( to us over here in UK) gun laws. In similar fashion, there are people here saying we shouldn't 'politicise' the dreadful fire in London yesterday. To them it seems irrelevant that the fire service has been cut so they can no longer keep up with the necessary fire checks, that reports into past fires in tower blocks have not been acted on, that the management company ignored concerns of residents over safety etc. None of which CAUSED the blaze (in the same way as guns themselves don't kill people) but all of which, in my view, contributed to the possibility of a disaster. When will people wake up and see that it matters?

I'm afraid it's already too late to legally reign in gun mis-use in mass shootings, just as prohibition didn't do that much against alcohol use. I wish it weren't so, but this culture has forgotten how to make any decisions, how to support positive efforts, and how to solve problems in mediations. However, the baseball game tonight between Republicans and Democrats should be a good venue to see just how far we are from being able to tone down our differences.

What is it going to take for the country to come together and work to make everyone safe from guns. I can't believe the Republicans still are holding their line after yesterday's tragedy. What are they thinking? It's just ghastly, no other word for it. How can they sleep nights? And now that it's happening to them, and they are the targets of shooters with a grudge, they still don't get it. What!

Beautifully said, Vicki. Also, to be mentioned, racist and anit-gay Scalise was an aide to David Duke. He was saved by a gay, married, African American woman, who took a bullet for him.

"A well regulated militia being necessary to the security of a free State, the right of the People to keep and bear arms shall not be infringed." Published as part of the Bill of Rights, December 15, 1791.

So, grab your muskets, everyone, not a 9 mm handgun and a 7.62 caliber rifle.