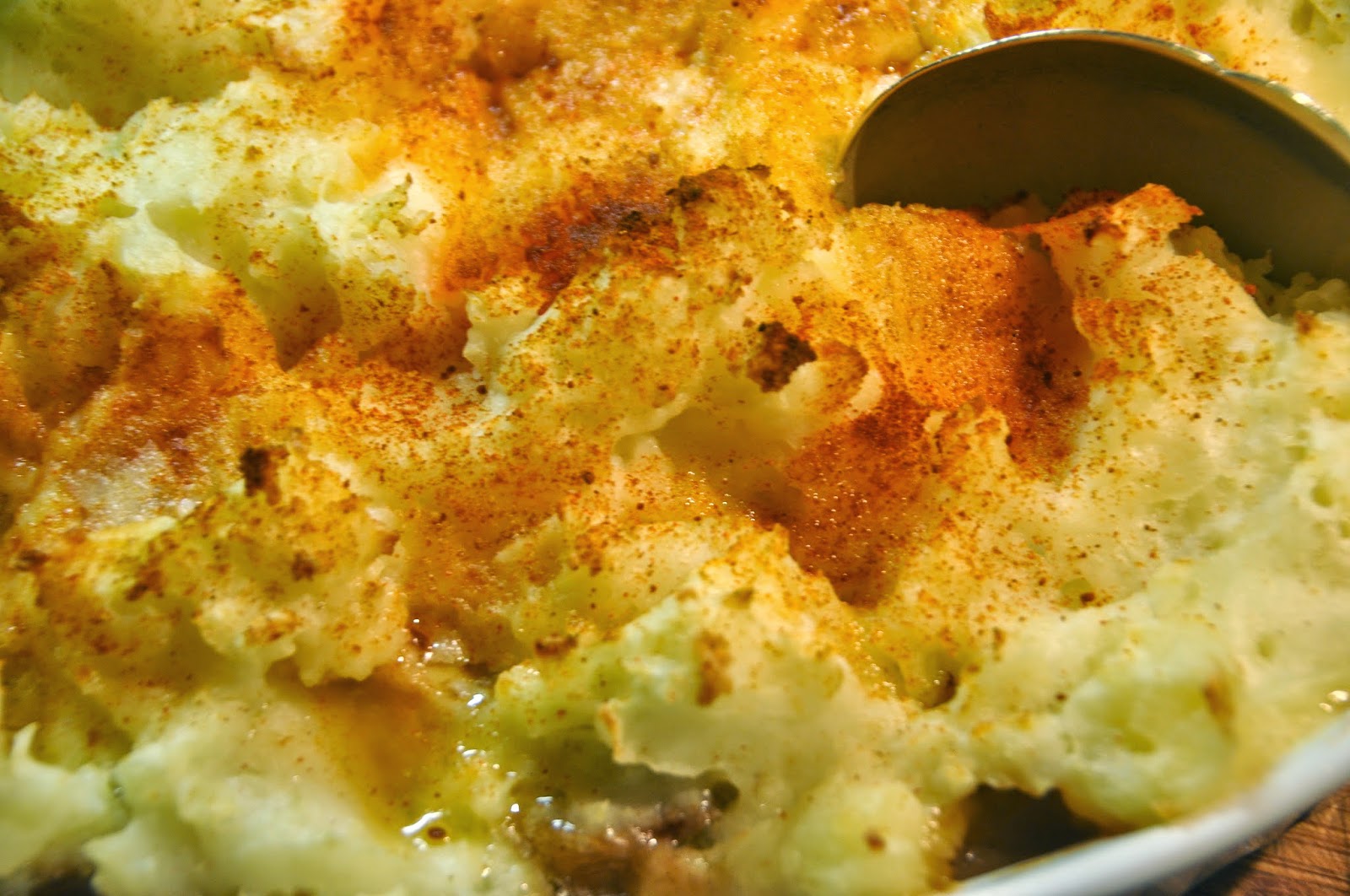 Time to deconstruct the last of the Thanksgiving turkey -- the carcass is boiling and tomorrow I'll make a turkey vegetable soup. Some of the meat will go into the freezer but the rest is going into this dish -- kind of the epitome of comfort food. 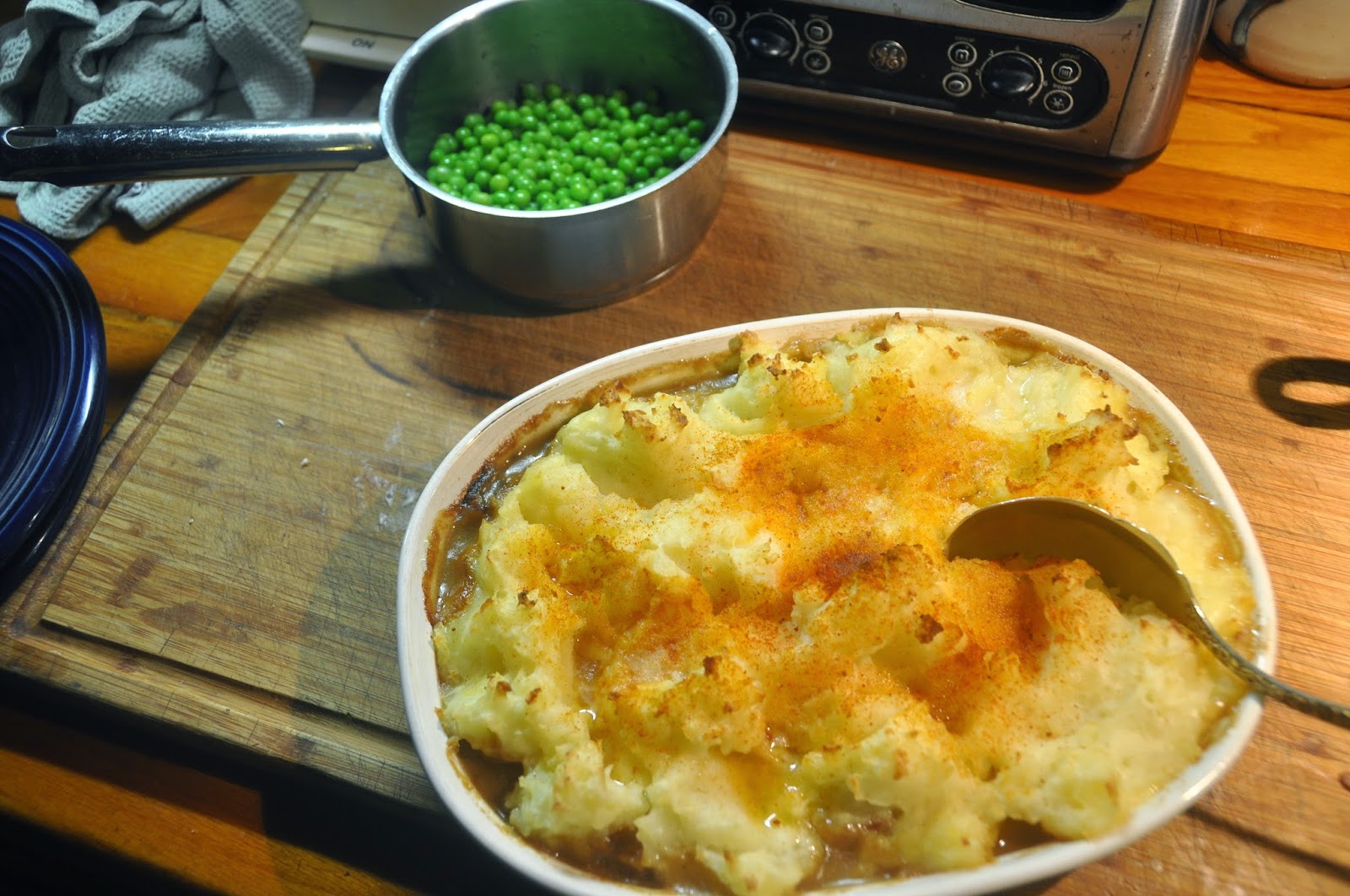 I boiled up some potatoes for mashed potatoes -- leftovers would work if we had them but freshly mashed are lighter and better.  I put the bits of turkey in the bottom of a shallow casserole and added some sauteed sliced onion. In the pan where I'd sauteed the onion, I melted a couple of tablespoons of butter, whisked in some flour and curry powder, and made a simple roux. Then I added turkey broth.to make a nice gravy. The gravy went over the turkey and onions and the mashed potatoes went over the whole thing. A sprinkle of paprika for color, bake at 375 till bubbling ( about 45 minutes.) Serve with green peas and a simple salad (we had spring mix with toasted almonds and a little cubed Camembert (another Thanksgiving leftover,)

Man thanks to all who sent such nice messages about our William. Over on Facebook it was a virtual memorial service as many who'd known him (and had his tongue in their ear more than once) commented.  He certainly made a strong impression on lots of folks! 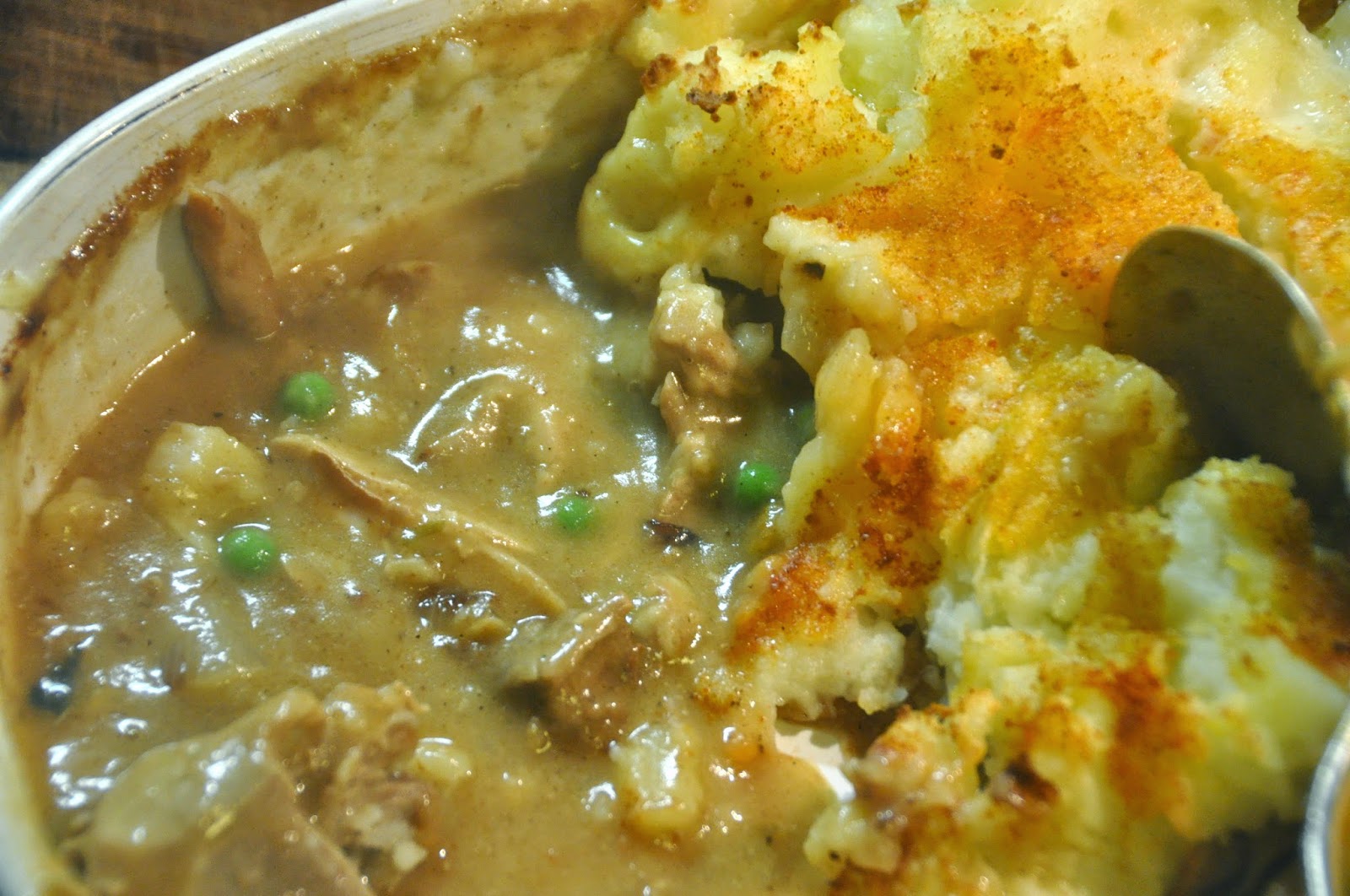 Oh, that looks good! And a nice throw-it-together dish for a quick supper. I do love being able to use up the leftovers and coming up with something that appears to be Brand New!

That looks and sounds good!

Now I wish the turkey leavings were where I live, instead of back in FL. I'll have to fake it! Lovely sounding food!

oh my does that sound wonderful!
I made turkey veg soup yesterday...all gone already
I love your cooking demos
keep 'em coming

Vicki, curried cottage pie sounds like a perfect dish to prepare (if you've got enough left over turkey) and gobble down at this time of the year.

Your leftover turkey dish looks really good to eat. We froze three packs of meat to bring out for turkey gravy and whatever else the wife can devise.

If there is any left I'll be right over!