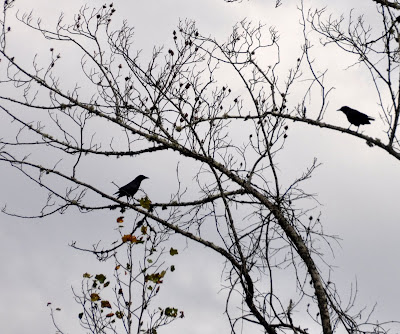 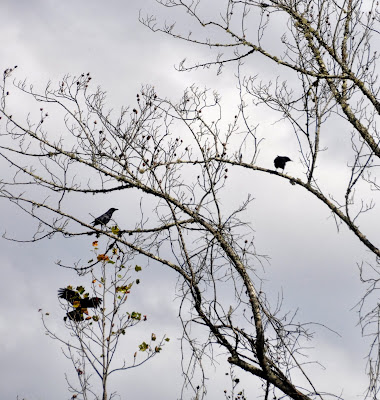 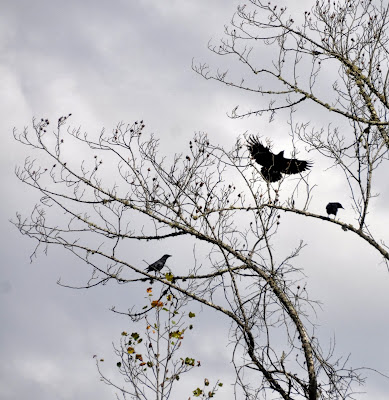 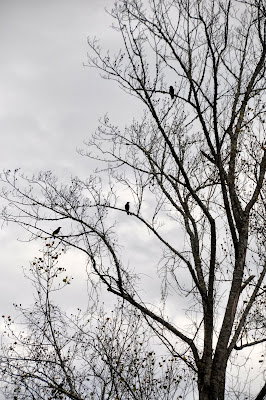 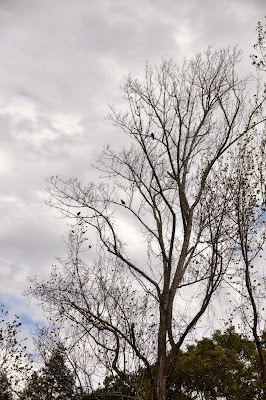 I don't see feathers falling, so I'm going to assume it was a failed attempt. Either that, or this would be an attempted murder of crows? LOL!

hahahaha...just couldnt get it together...

So a trio doesn't quite count does it?

I kept waiting to see blood, then I GOT it. Wonder what the rule is, how many to make a murder. Why in the world is it called a murder. It should be a racket of crows.

A racket of crows would be good too. I don't know how many make a murder -- in my mind it would be rather more than three. I have to confess the idea for the caption wasn't original -- saw it somewhere in cyberland and when I took these pictures realized I was going to have to steal it.

How awesome that you were there to capture that sequence...the third photo with the hawk is beautiful!

The crow who made the convincing dog bark when I was walking alone in a wooded area, knowing there had been dog attacks in the past- well the murder I was thinking of wasn't for him and his buddies.