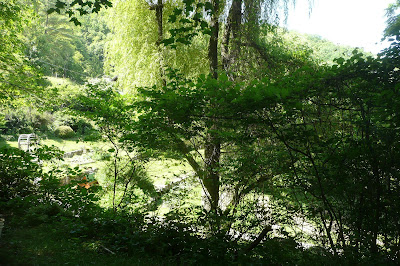 Yesterday I put in some time weeding the garden and while I was taking a break and sitting in the shade, staring up at the bright blue sky through a canopy of lacy green leaves, I was remembering a story connected with the lady who gave me yesterday's flan recipe.

The Diaz family had fled Castro's Cuba (this was 1962) and were now settled in Florida -- very poor and just beginning to learn English. They were lovely, hardworking people and so kind to us four college girls who lived next door.

At some point I found out that the family had been given clothes by a local church group and were delighted with the windfall -- but there had been nothing in the assorted garments for Senora Diaz. Alas, in a few weeks there was to be a big dance party in the Cuban immigrant community -- and Senora Diaz had nothing fit for such a fiesta. 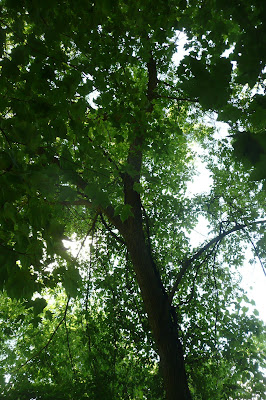 I went home that weekend and asked my mother if she had any dresses she'd like to pass on. She obligingly made up a parcel of several nice dresses she was tired of -- including a dressy number in mustard-colored, black and white dotted silk. There was a draped effect at the hips and beading at the bosom and, as I recall, a flounce or two.

I'd never liked the dress at all though it had been a favorite of my mother's for several years. But now, perhaps, it was out of style or possibly she just felt like she'd worn it to enough parties. No matter -- it was probably with a bit of a pang that she parted with this frock.

When I returned to Gainesville, and before I got over to my neighbor with the parcel, I had a visit from a high school friend on break from Agnes Scott. Lynn was staying with us for a few days, just in the middle of sorority rush week.

We dressed Lynn in the yellow silk dress (it was a casual tea -- everyone else would be in Bermuda shorts.) The dress was about two sizes too large and so hideous looking that Lynn could only be convinced to go through with the caper if we had a friend waiting in a getaway car at the back door of the sorority house.

Lynn was magnificent -- she made herself look and act like a sorority girl's worst nightmare. She introduced herself as Mozella Beasley and was loud in her desire to pledge this sorority, assuring everyone that Aunt So and So ( the National President) had assured her that she would be welcomed.

Lynn played the part perfectly till she found herself surrounded by a ring of incredulous sorority girls -- all the sisters had left the other prospective pledges to come see this supposed legacy -- at which point Lynn broke and ran for the back door and the getaway car.

Those of us in on the joke were hiding behind the punch bowl, weak with laughter. The rest of the sisterhood were left looking at one another and wondering what in the world they could do to avoid pledging this social misfit.

"She's so tacky!" wailed one sister, stretching the word 'tacky' into about five syllables. "Did y'all see that awful dress?" 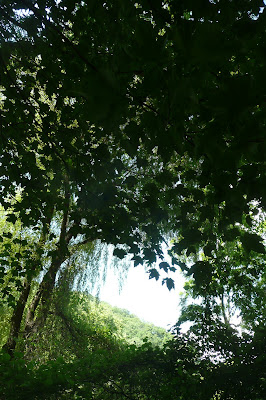 Those of us in on the hoax kept quiet and as days went by, eventually the sisterhood breathed a sigh of relief when Mozella Beasley was never heard of again. I assumed the story would go no further -- certainly that it wouldn't get back to Tampa, especially since the name Mozella was that of a friend of my mother's.

And the yellow silk dress went to Sra. Diaz who was delighted. I saw her wearing it the next weekend to go to her party. She had altered it to fit her plump little body and it looked terrific with her dark coloring and Latina flair -- an amazing transformation.

But imagine my surprise on receiving a call from my mother yet a few weeks later.

"I just had an odd call from Mary Will Eastland. Her daughter wrote her about the rush party that you all took Lynn to. Tell me . . . what funny old dress of Mrs. Lane's was it that Lynn wore?" 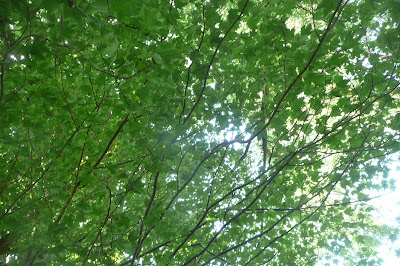 When it comes down to it, it's a small world after all! Wonderful story Vicki!

Forget about six degrees of separation when one silk dress can stretch all the way to Florida and snap right back back! ;-)

The lacy leaves images are dreamy and mysterious!

The tales that dress could tell! I like to think it ended its days, dancing salsa.

Wonderful story, Vicki! I enjoyed reading it! Your friend Lynn must be a great actress!

She was FANTASTIC! But, as far as I know it was her only performance. She went on to work for the CIA as a translator -- so she says,

Oh Vicki, what a darling story. Made me miss some of the capers we did in my college days, but I don't have one that would top this. How fun were the days when we didn't care about the consequences and saw only humor and fun as motivators. Very refreshing adventure you've written here.

Just think if the dress could talk - what great tales it could tell as it got passed down along the way.
Sam

You know, Sam, I guess I should turn this into a short story and imagine the rest of the dress's career. Thanks for the idea!