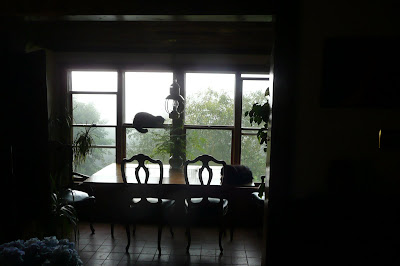 Not the kind where you slope off to the local tavern for a cider and a Scotch egg -- but the dates of publication. I've just found out for sure that Birdie's book -- The Day of Small Things -- is set for a May 25, 2010 release -- quite a bit later than I'd originally been led to believe. Probably it was that second rewrite and getting rid of Myrna Lou that slowed things down. 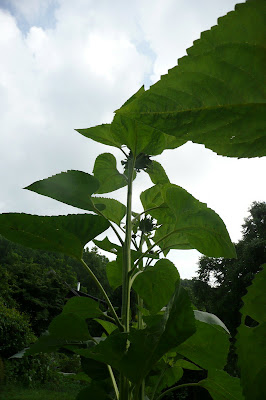 But at least I won't be out trying to promote the book during the unpredictable winter months when there can be so much ice on our road that I can't go anywhere.

Why so long? I hear some of you asking. I thought the book had been copy edited already.

And so it has but they like to get out the advance copies to reviewers and allow plenty of time for those reviews to get published by the time the book hits the shelves. 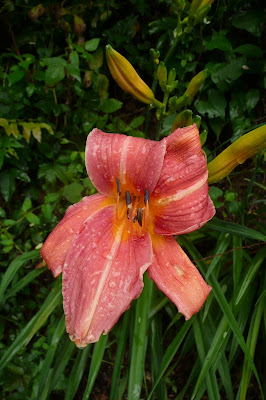 There is a tentative pub date for Under the Skin --the one I'm working on now -- and it is March of 2011. But I've said I'll have it in by December 1 of this year -- if I do this and the rewrites don't take too long, it's possible that date could change. We'll see.

Meanwhile, I'm going to be hard at it to meet that deadline. 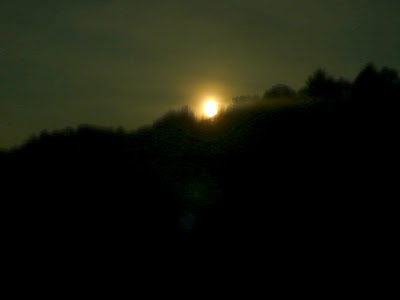 Email ThisBlogThis!Share to TwitterShare to FacebookShare to Pinterest
Labels: Day of Small Things, deadlines, Under the Skin

My jaw just about hit my keyboard on Miss Birdie's release date, but so it goes.

This entire process is quite interesting ... who'd a thought!?!? Do you have in your contract more books to write after Under the Skin?

Mine too -- I'd originally been told January. Whaddayagonnado?

No, I'm out of contract after UNDER THE SKIN. As soon as SKIN has been accepted, I'll submit a proposal for two more books and hope Herself wants them.

And I'll be hoping sales on the Birdie book are good because, more and more, that's what will make an editor offer a contract.

Well.....at least there is a publish date!! That calls for celebration as it is more than a million writers out there have!!
Right? Yeah Vicki!

Patience is a virtue or so they say, but it really is hard to wait that long. I know it'll pass fast and be here before we know it though. Well, I hope that your next two proposed books will be picked up--I enjoy them so much.
Take care,
Tammy

One thing for sure -- I'll not do another big cliffhanger ending. I never intended the wait to be longer than a year . . . I've learned my lesson.

I didn't realise it took that long to get to the release date. Must be a bit frustrating for you, isn't it?
Blessings, Star

Not nearly so frustrating as for those readers waiting to find out about that phone call that ended my last book.;-)

Maybe the reviewers can read faster? Amazing that it would take a year to get that done, but whaddyagoonado, as you said. Strange though that in this day and age it would be possible for it to electronically go into the world tomorrow, but paper takes a year. It will be interesting to see how the publishing world will work 25 years from now, if I'm still around In the meantime, we all have something to look forward to.

Of course the publishers could rush something into print much more quickly if it were breaking
news -- if I were Maria in Argentina with a book about my affair with Gov. Sanford, you can believe that book would be hitting the shelves in weeks, not months.

But for non-time-critical materials, they like to have their lists made up well in advance -- for the reviewers, as I said, and so the sales reps can contact book stores, etc.

Well, you know you've got a sure sale here. :-) And while May sounds like a long wait, it will be here before we know it. Although I know I will have the hardest time waiting during January and February. It seems like it takes those months forever to pass and I know I will be wanting "The Day of Small Things" something fierce!

It has been really interesting for me to read about how many people, and how much hard work, it takes to get a book ready to be published once the author has finished the first draft. I had no idea!

Thanks for the support, Victoria. I, too, was completely unaware of the process it take to get a book on the shelves from a traditional house. Of course, with a self publishing outfit, you can send in a ms. and in slightly over a month, there's your book.