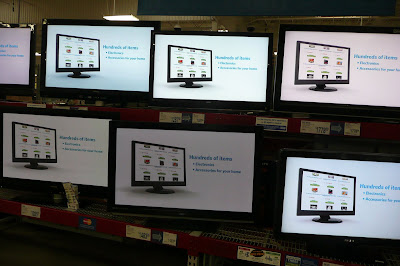 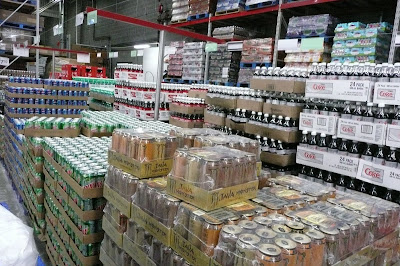 A trip to Sam's yesterday inspired that thought -- I go there for olive and canola oil, cleaning and paper products, vitamins, and the occasional bag of nuts or dried fruit. It thrills me that there are entire aisles and sections of the store I never need to consider. 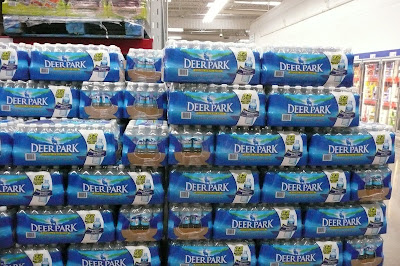 It's the same at the grocery store -- more and more I shop the perimeter of the store -- produce, meat, dairy, wine -- and give the aisles of snacks and prepared stuff a miss. Of course there are exceptions to this perimeter thing - flour, pasta, pet food, coffee. (And I've already admitted to potato chips with chicken salad.)

I haven't yet read Barbara Kingsolver's Animal, Vegetable, Miracle in which she and her family spend a year eating only (or mostly) locally grown, seasonal food. To attempt this discipline would be a worthy goal; and, for folks like us with a farm, should certainly be achievable. Clifford and Louise who lived here before us, ate mostly local seasonal fare -- but they ate beans and corn and potatoes, day after day with only small seasonal variations. ( They were fond of bananas for banana pudding but I could give the bananas a miss if I could still have olive oil and coffee.)

We've been spoiled by relatively cheap, out of season food -- asparagus from Chile, strawberries year round from all over, shrimp from Thailand. But the cheap part of the equation is rapidly disappearing and we're beginning to think about changes.

My husband recommends two books by Michael Pollan -- The Omnivore's Dilemma and In Defense of Food. I haven't read either yet but am charmed by Pollan's simple suggestion:

EAT FOOD, NOT TOO MUCH, MOSTLY PLANTS.

I'm doing more of the perimeter shopping thing anymore, especially with the price of groceries! I have used some convenience foods, but not anymore, and snacks are a treat for us, but rarely.

I have read Barbara Kingsolver's book, and it's very good/interesting, and do-able, but it takes a lot of committment and planning. My hat off to her and her family!!!

My garden is very bountiful this year and my freezer is filling up fast, as my panty will be shortly ... at this time of the year my kids laugh and say my husband and I 'graze' in the garden being as most meals are 100% garden goodies. It hasn't hurt us yet!!! HAHAHA!!!

I lost my job in December, and the unemployment has "dried up," so I am learning to shop better now. I noticed on my last shopping trip that I stayed mostly o the perimeter. Still have to watch that as well, though. When my husband and I worked in a grocery store, we were taught to stock a lot of the impulse buys around the perimeter areas...ends of aisles...etc.

Since I'm at home full-time right now, I also have more time to cook. So, I'm trying lots of new/creative dishes. We used to eat a lot of frozen dinners. I'm learning that if you shop right, it's cheaper to go with the "real" thing. It's also a bit cheaper to get some veggies from the local produce stands right now. (They're usually better quality, too.)

Sometimes I just go into sensory overload when I hit the stores. Too much bounty! Think of all the decisions that have to be made just in one store. I'm really trying to eat more healthy too, which means more homecooked meals and less processed junk. Sometimes its hard though. I have a bumper crop of wild grapes coming in that I'm excited about. I hope to make some jelly this year so it's been a long while from the last batch.

I suspect with the way the economy is going, more and more of us will be trying to 'shop smart' and/or grow our own. Environmental and health concerns enter in, too -- what's the 'carbon footprint' of that fruit from South America?

It would be really overwhelming to make a lot of drastic changes at once -- but a few at a time are pretty painless. The way we eat now is worlds different from the way we ate when we were first married, but it's evolved over forty four years.