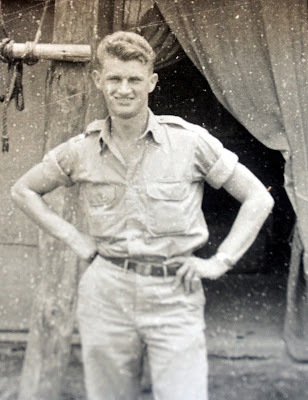 In the midst of my on-going campaign of de-clutterization, I came across an envelope of photos from my father's WWII service. (The pic above is not my father -- he was evidently as camera shy as I am.)

None of the pictures had any information as to who or where but they are still poignant and compelling to me -- all these young men caught up in a global war. 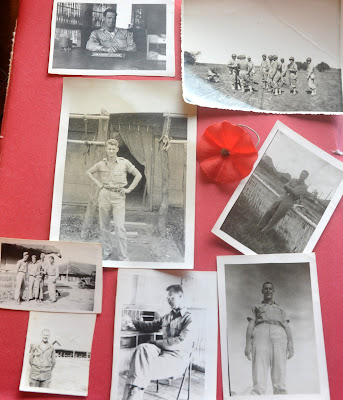 Many of these first pictures are from the early days in training camps -- Nevada and California. I think that the tall fella on the left in the picture below is my father. 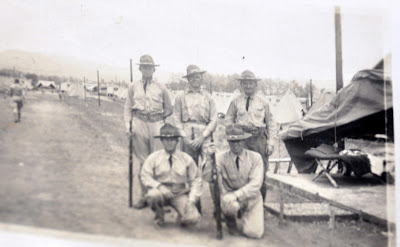 My parents were on their honeymoon when Pearl Harbor was bombed. Shortly thereafter my mother followed my father west to an assortment of Army posts. 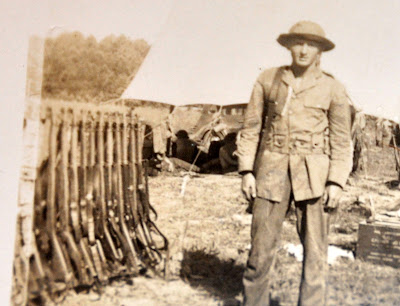 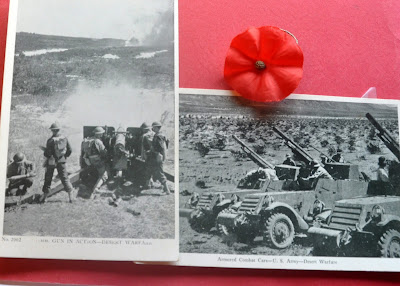 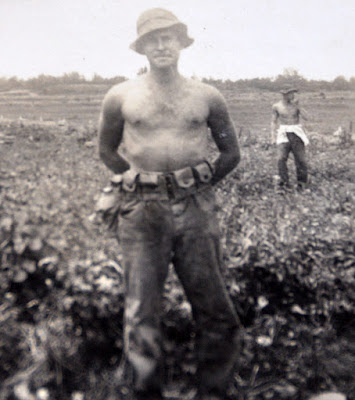 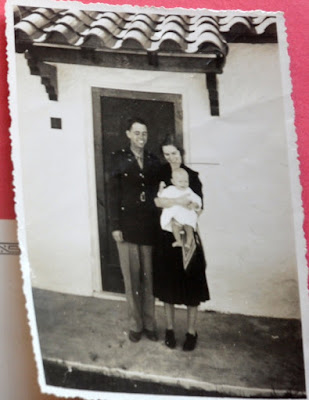 Quite a few wives followed their husbands to training camp and the result, not surprisingly, was a fine crop of babies . . . 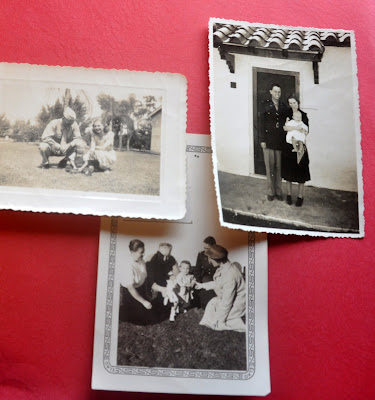 Of which, I was one -- I was born in Indio, California. The frowning child below is me -- I don't know who the other people are. 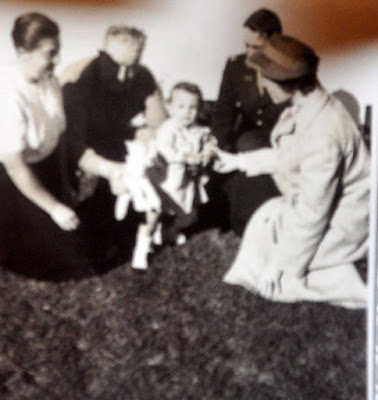 Then my father was ordered to Burma. He never talked much about it so my information is scant. He had a pet monkey; the jeeps had to have steel posts installed on their hoods because of incidents in which the enemy had strung piano wire across roads and decapitated unwary jeep occupants. 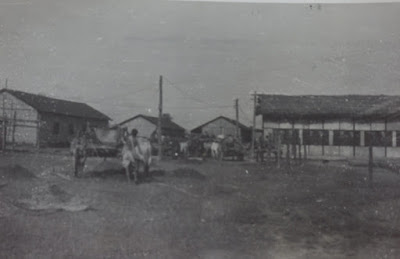 I think this is a picture of the camp in Burma. 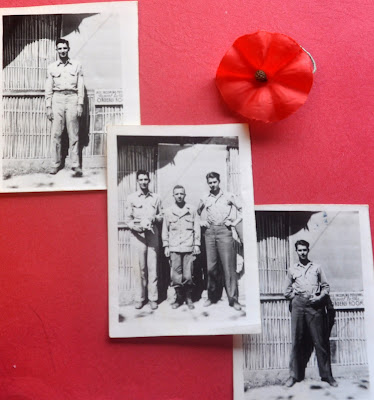 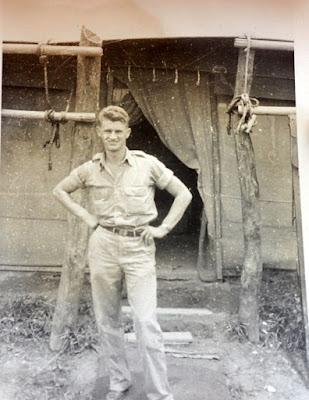 I hope all these young men made it back to enjoy those babies and make some more. Theirs was, I think, the last unambiguous war -- a "good" war, if there can be such a thing.

Thank you to all the veterans. 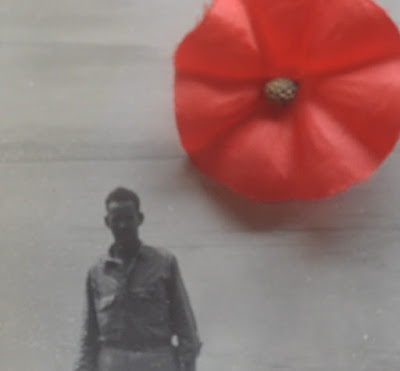 Fine memories and speculations for this day. I like your term: unambiguous war.

What a wonderful tribute to your father's memory.

Great pictures from WW2. Isn't it funny when times are hard and stressful we make babies. Must be a survival of the species thing.

My father served in the Navy from 1933 until his late retirement but never had much to say about his time in WWII or Korea, or what role he played during Vietnam. That was not thought unusual for men of that era. I'm thankful that he agreed to do an oral history in his later years. I learned so much more about him, my mother, his comrades and the times. Veterans' Day, for me, is a musing and mulling and remembrance.

You must have been such a star and a miracle in their life when you were born and since!
Such a moving story. My father hasn't spoken much about the war either, he was a prisoner of war for six years and he died before I was an adult.

It is really a great collection of that era. I have photos from my dad's pile and there are a few that just aren't from the same location as to where he was. My dad was at the Battle of the Bulge and he never stopped talking about it up to the day he died. I really was glad to see all those photos.

What great treasures! Wish I had all my Dad's photos, there were a ton of them.