An Edible Blast from the Past -- 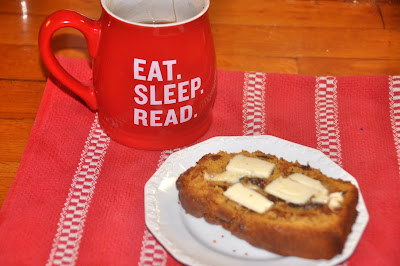 Part of my ongoing attempt at de-clutterization has been sifting through stacks of recipes -- some printouts, some torn from magazines, and some hand-written by friends or family.

Here's one I copied about forty-five years ago. 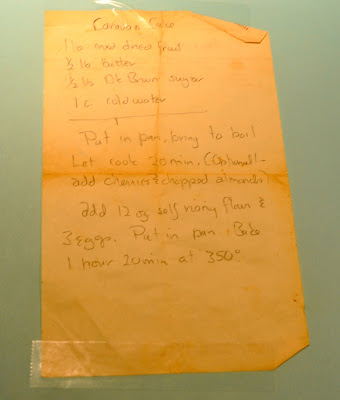 It was on our great motorcycle camping trip and we were in a small camp in a beautiful apple orchard somewhere in Devonshire. In the farmhouse kitchen, where we paid our camping fee and purchased some supplies, a fragrant dark loaf was cooling on the table.

She told me she called it caravan cake as she'd gotten the recipe from a camper in a caravan and she was kind enough to give me the recipe. 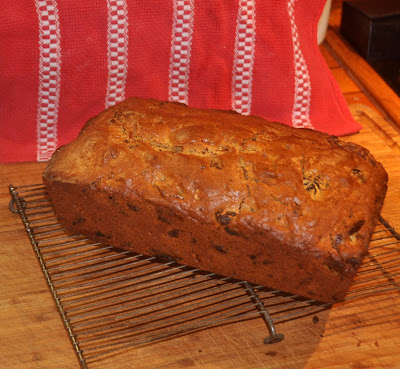 I know I made it several times after we returned home but at some point the recipe went astray. So I was delighted to see it again -- and put mixed dried fruit and self-rising flour on my grocery list.

Yesterday was bleak and rainy -- the perfect day to do a little baking. 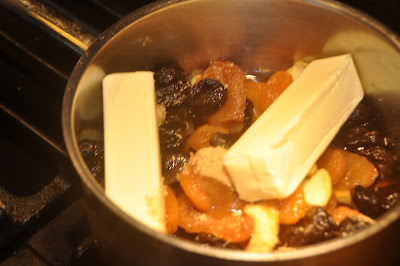 Put into a pan. Bring to a boil and cook for twenty minutes. Cool. (The fruit was still in rather large pieces so I took the kitchen scissors to it.) 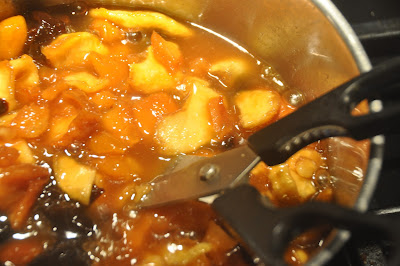 Now add  12 0z. (which I estimated to be a cup and a half, not having kitchen scales) self rising flour and three beaten eggs. 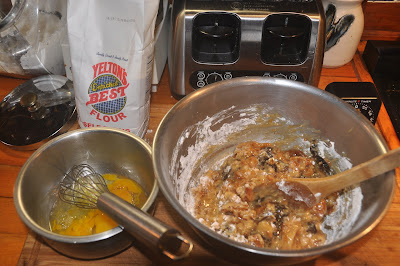 Put into large greased loaf pan and bake at 350 for an hour and fifteen minutes. 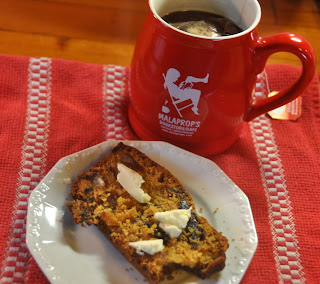 Trying to imagine what I might find if I ever decided to organize the clutter. I have to say organize, because I doubt I would get rid of anything.

And I thought I was the only one who would use that much butter. ;)

Yes, The additions to the cake are endless. And wonderful Malaprop's close by to find a book for reading

This looks absolutely delicious, Vicki. I will have to try this, but only I would eat it with all the butter, I'm afraid.

I'll have to give that a try. You're right. The weather set me to baking as well. Banana bread. Made the house smell wonderful as it cooled.

This looks like a yummy bread – I am copying the recipe.
As for you post of yesterday on fear – I read somewhere on the Net a while back – and have tried to find it again, but did not – that an international survey was made on fear, and US citizens were found to be the most scared in the western world. No surprise there. This is a country working on fear, and for a long time.