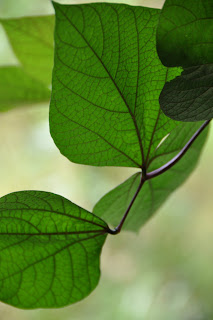 Well, I've been and gone and done it. After months of dithering about and trying to decide which single lens reflex digital camera and which lens and where to purchase same, I bit the bullet and made the decisions.

I'm normally a rather frugal sort and spending big money (at least, it seems big to me) isn't easy. But after pouring over info on cameras and lenses till my brain hurt and then finding myself one evening typing Vicki Lens instead of Vicki Lane, it seemed like this unfulfilled obsession was getting the better of me.

So I spent an interesting few days exchanging emails with a very patient Morris Abrams at Adorama Camera in New York till finally we spoke on the phone.

He talked fast, I talked slow, and at some point we commented on the different paces of life in our respective homes. He continued to be patient with me and took my order in a New York minute.

To my surprise, on Friday, UPS brought me a great big box from Adorama and I began carefully unpacking and trying to figure things out. Cory, my professional photographer friend, who is usually out visiting Justin on Saturdays wasn't coming out this weekend. John, too, was away. 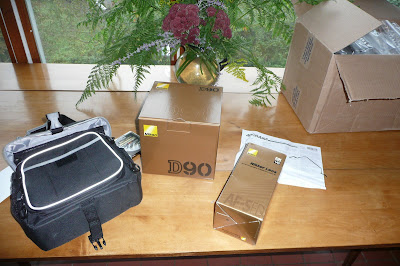 I was On My Own in an unknown world. 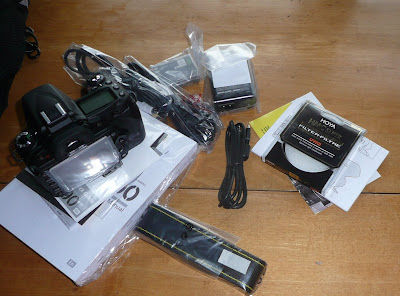 I found the instructions fairly challenging . . . 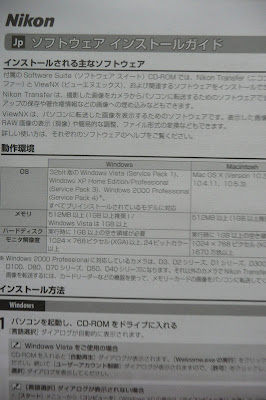 . . . but after about twenty minutes I did manage to attach the camera strap. 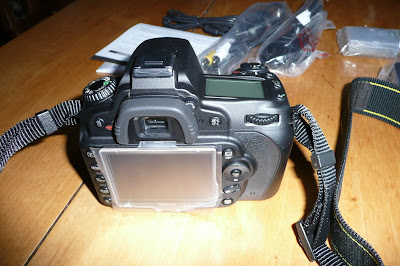 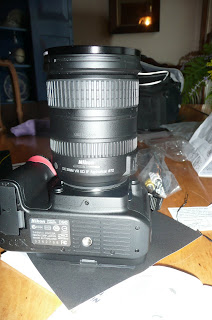 I also attached the lens without hurting myself or the camera. The lens is a hulking 18-200 that will give me both close up and zoom capabilities without having to switch lenses. Pretty slick!

And then there was a filter. Drat, it's not the right size, I fumed, trying to screw it on upside down.

When the battery was charged, I inserted it, turned the camera on and chose ENGLISH as the language setting, EST for time zone, and set the date and time.

And then realized that camera didn't come with a card. Luckily Justin had come up to the house and he suggested that I use the card out of my little Lumix. Crisis averted!


By then, my brain had had all it could take and it was late so I went to bed. 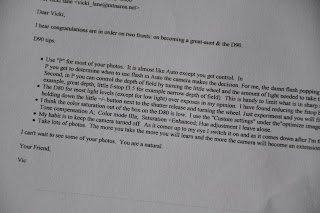 The next morning I was ready to tackle the learning process in a hands on way.


My friend Vic emailed me some suggestions but I was too eager to figure out all those words.

I just wanted to take some pictures! 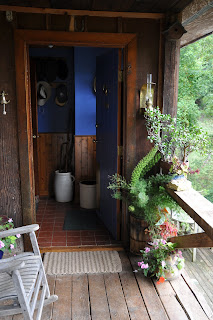 So I was out the door, new camera in hand 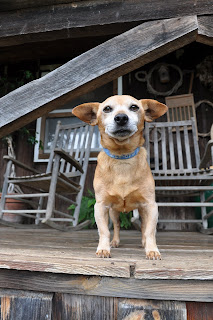 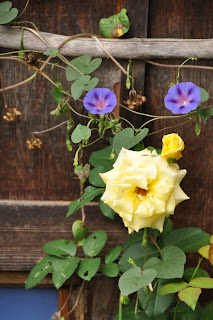 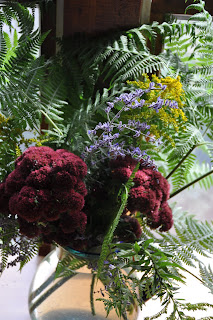 How exciting for you! I bet the family will be missing you for a while as you go out and about 'shooting' to your hearts content.

Vicki, that is great news, and I loved reading the step by step, it sounds just like me....have fun taking photos and experimenting with the new purchase. Hugs, Margie.

Vicki! You did it! Hooray!!!
I was already so impressed with your pictures, and now I can't wait to see what you'll be sharing with us.
These are a terrific start.
Fun for you - Fun for us! !
p.s. - I'm going to be your "room captain" for your Southern Voices panel in Indy.

Hey, Pat, As you probably know, it's raining rather steadily just now and my picture-taking rambles are a bit curtailed just now. I'm spending a little time with the instruction manual.

Oh, Margie, I am so un-talented in the technical realm; I am feeling my way cautiously along. It will be a while till I figure out the settings and ins and outs of this new treasure.

Okay, Kaye!!! How great to know that your smiling face will be there! And it'll be a fun panel, I'm sure!

What a great post! I love it when we get something that makes us as excited as when we were children! We bought a Nikon D50 when they first came out and it has really served us well. I hope you enjoy yours as much as we have enjoyed ours.

It's pouring here in Transylvania County as well. In fact, we've had more than 8 inches of rain this week and it's still coming down. Not great weather for getting out to take photographs. But the trees are really enjoying a good drink.

I'm loving the rain -- like a great healing. The slugs are playing merry havoc with my small collards and kale but the thought of all that lovely rain soaking into the earth is completely wonderful.

Plus, as I told Kaye, it's forcing me to spend a bit of time with the instruction manual of my new toy -- a good thing.

I'm sure this is good brain exercise!

A very good choice of lens, as we can judge the result of all your brainstorming and experiments !

Been dithering about which digital SLR to buy myself. Might be time to take a leaf out of your book and make a decision.

Miss Yves and Martin -- I actually knew that the Nikon D80 or D90 with this lens was just what I wanted after I spent a few hours using a friend's D80. And Merisi of the lovely blog VIENNA FOR BEGINNERS had told me that she uses a D80.

I experimented with a few other makes but none had the good feel in my hand that the Nikon does. Some people think it's too heavy -- it just feels solid to me. I handled a very light weight camera of another brand and found it disconcerting -- as it it might fly away.

Good luck with your decision-making, Martin! I'm glad it's over for me!

Wow! Congrats Vicki. What a fun place to throw frugality aside. Your pictures are always so interesting anyway, there will be no stopping you now. I feel for you in trying to figure it all out. I just want someone to SHOW me and forget all the technical stuff. :-)
Tammy

Tammy -- It's challenging but I keep learning a little bit at a time. And having figured it out for myself, I'll probably remember better than if someone gave me a quick tutorial. Hey, I never thought I'd be as comfortable with the computer as I am now. There's hope!

Well I'll be! I'm the one having the B'Day and you got the great present!
Good for you I know you've been dying to get a new camera! The pictures look great! Just don't give up writing for photography? :)

Sometimes. Carol, you just can't wait for your birthday nor can you count on anyone else to get what you really want. So you have to take matters into your own hands. :-)

Vicki, great to watch the process from the other side, and thank you for sharing those first pictures.

If you ever have any questions or queries regarding any aspect of shopping at Adorama Camera - or AdoramaPix - please don't hesitate to contact me directly.

Thanks, Helen! So far I'm delighted with the camera and with Adorama!

Congrats to you!! I want one of those too. I know if I ever get up the money it will be a Nikon D-something. You first photos are wonderful.
This is my first visit to your blog from another blog we both follow. (forgot which one) anyway, we have the same hair!

Welcome, Kat! Boy, I really love this camera -- though I'm far from figuring it out. But it feels natural to use and so very right in my hand.