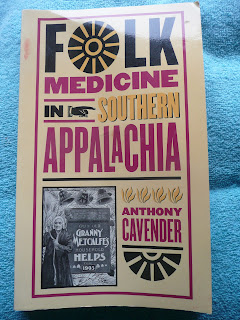 In my work in progress -- Under the Skin-- there's a scene with a 'witchy woman' back in 1887 healing a burn. I needed information on Appalachian folk medicine and Cavender's book is packed with it.

The book gives the following charm: "There came an angel from the east, bringing fire and frost. In frost, out fire. In the name of the Father, the Son, and the Holy Ghost."

I also checked with my friend Byron, a hereditary Appalachian witch, who gave me the charm she uses. Come three angels from the North, take both fire and frost.

I used Byron's shorter version in the scene I wrote. But what I found really interesting was this post from England clearly pointing to a pagan origin for the charm -- before it was 'sanitized' by the invocation of the Trinity. (You'll have to scroll through a bunch of interesting stuff about blackberries before you get to the charm.) 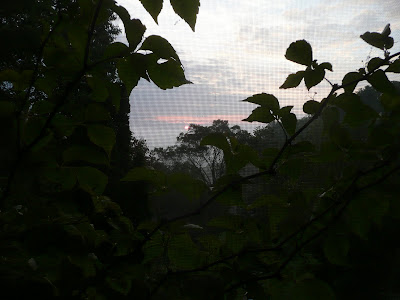 One English version is Three ladies came from the east. One with fire and two with frost. Out with fire, in with frost. The three ladies are said to be an invocation to Brigit, the Celtic goddess.

You can find these survivals in every culture -- where an older religion is supplanted by a newer -- but the deities of the old religion are transformed into devils or angels or saints -- there is a St. Brigit, isn't there? 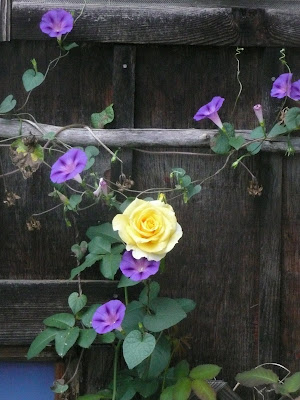 Hey Vicki, I have this book! What page is this on? Have a great day! :)

Thanks! Also I'm looking over the Choclate Pie recipe(got to get some Rum)does it not have sugar in it besides the brown for pie crust?

That's the way I make it but I prefer things not very sweet. You could add a bit of sugar to the whipping cream if you wanted -- I like it plain to offset the sweetness of everything else.

I see that you are just like Elizabeth, a great cook! I started the second book as I told you already! And I like Elizabeth more and more!! Now I am looking forward to read all the others and pay attention to Under the Skin page 96-97.
Have a great weekend.

Hi, Reader Wil -- Not a great cook, but pretty good!

So glad you are enjoying the books and Elizabeth!

(The pp 96-97 I mentioned to Carol refers to the book on Appalachian Folk Medicine-- where the information on burn charms is located.)