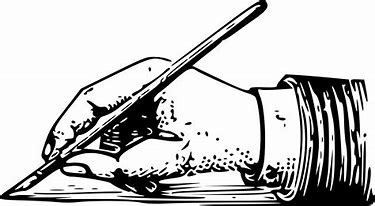 Five weeks into the critique workshop I lead, I'm editing about sixty pages a week -- three submissions of twenty pages each. I try to treat each one as if it were an edit-for-hire job -- something I do on occasion.  I read carefully, paying attention to grammar, spelling, and punctuation, of course, but mainly to the flow of the story -- is the writer choosing the best way to get his/her story across? Would this word or that phrasing be a better choice? How could this confusing bit be cleared up?


The folks in my class are all pretty knowledgeable in the basics. But sometimes we clash on some odd points. For example, two of the group are very fond of using colons. And they use them correctly. But, in my opinion, the colon is somewhat formal and breaks into the story by calling attention to itself, whereas a dash, a semi-colon, or perhaps a separate sentence would not.


The other recent point of contention was whether one should start a new paragraph with each change of speaker -- a fairly  common rule most of us learned early on and one which helps the reader to keep track of who's saying what.

But, as one of the class pointed out, some well known writers break this rule, usually in order to show fast conversation, and may feature several different speakers in the same paragraph.


True, enough. And some writers don't even use quotes for dialogue. Cormac McCarthy, for one. Me, for another, in  the historical sub-plots of Signs in the Blood and In a Dark Season. I just thought it seemed more in keeping with the story. And my editor didn't disagree. 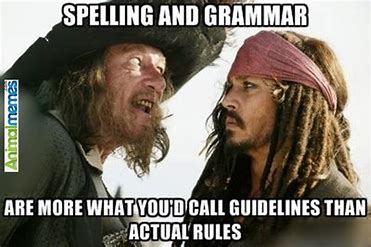 The bottom line? I try to convey to the folks in my class that my editorial opinion is just that. I suggest what sounds/looks better to me but the author has the last say. (Although, I don't feel that way about spelling. Sure, we could quibble over gray vs. grey --I prefer grey but use gray since it's the American standard spelling and I'm a standard American writer -- or theatre vs. theater  -- this gets more complicated. But, generally speaking, it's better to stick to standard spelling unless one wishes to be very avant garde and artistically obscure.)

Along with editing those sixty pages a week, I'm working my way through one last edit of The Devil's Brother, the first (and never published Elizabeth book,) applying the same stringent standards that I do for the class.

I'm tweaking small things -- trying to get rid of some of the egregious smiling, grinning, and shrugging, along with lots of actually's and finally's. There are big issues I wish weren't there but to fix them would require rewriting the whole thing and I'm not going to do that.

I'm hoping to self-publish it as an e-book sometime in March --I've got about fifty pages to go and then I have to see what Amazon has to offer with its KDP program. Then, once I get  that done, I'll get to work on the Birdie collection. 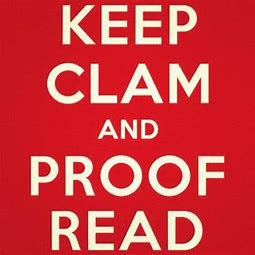 I am reading an ebook right now and realize in the process that some can tell a good story but can't write really well. Hats off to those who can do both.

I don't think very many non-writers, or people who don't hang around with writers, realize how crucial the editing process is to the final book. I've sat in on a few panels with authors showing a few pages of a first draft and all the edits and the final copy and it's amazing how much happens in between the two.

Sometimes the placement of a comma is crucial -- sometimes the choice of this word instead of that.

My greatest writing challenge was the switch from the passive which is fine for thesis writing but too wordy for publication. You make me tired just reading about all you are doing. I am totally impressed.