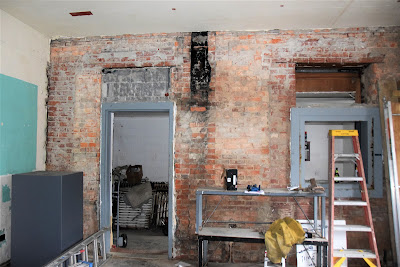 Josh Copus, one of the owners, is a friend of Claui's and he knew that John and I had some E.Y. stories. He had already interviewed a few Madison County natives and thought it might be interesting to hear the perspective of some of us 'new people.' (Still new after forty-some years.) 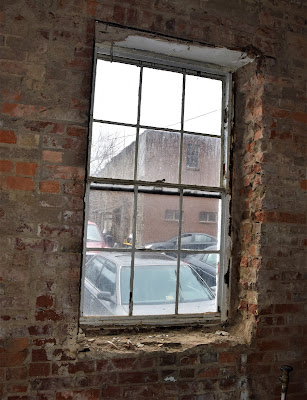 Now I only met E.Y. once, in the course of jury duty. It was John who had the really good story but he said he trusted me to tell it well. So yesterday I did some oral history, mainly what my neighbors back then had thought of E.Y and John's story, that encapsulates E.Y.'s clever and usually compassionate community-based policing.

Josh was also interested in the dynamics of the new people in the county back in the Seventies (there's a whole second influx of new people now,) and I tried to give a sense of what it was like. 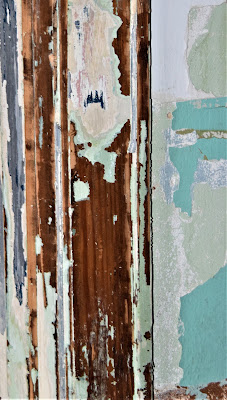 It was a damp chilly day but they had space heaters and videographing equipment set up in what had been an office. 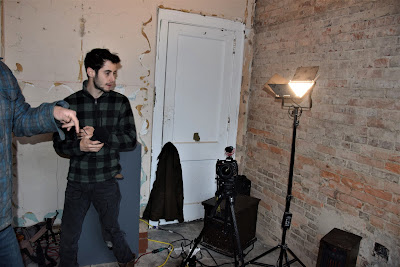 So I talked and talked for quite a while, trying not to incriminate anyone. Eventually, once it's edited, the interview will be up on  The Old Marshall Jail website. I'll be sure to tell you about it when it happens. 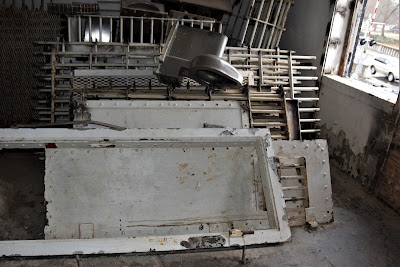 Before the interview, I got a tour. They are removing most of the bars and heavy doors, with a view to repurposing them some way. I think some of those bars might make nice headboards. 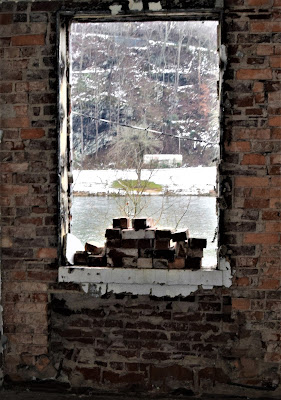 Many of the cells had a fine view of the river. This lovely antique brick (the building was erected in 1905) is being unearthed from the layers of plaster and paint that have covered it. 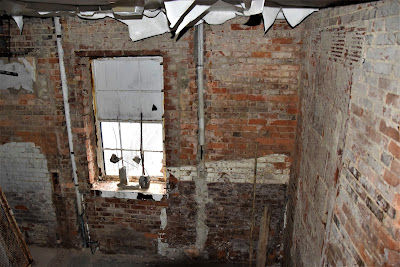 I really look forward to seeing all this when it's done. 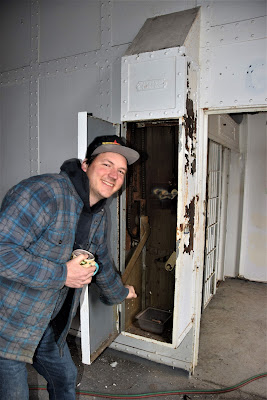 Imagine having your own jail to play with! Josh is demonstrating the lever that opens the bars to the cell beyond him. 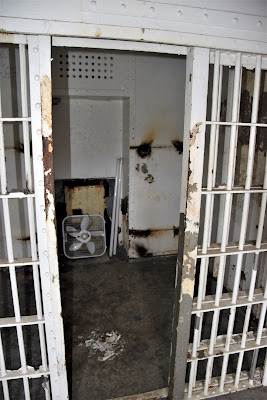 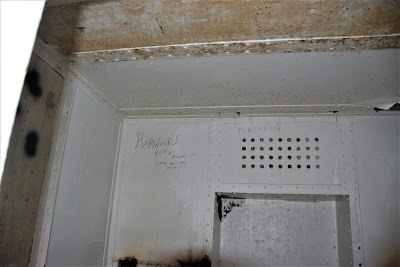 A message on the wall! 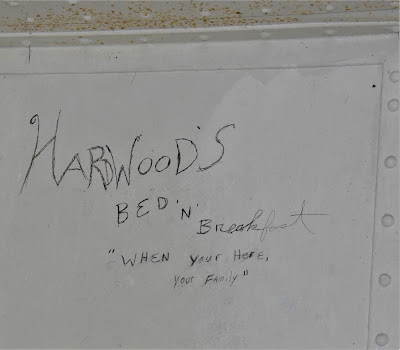 Har(d)wood's Bed and Breakfast
"When your here,
your family"

I love the jailhouse humor. Buddy Harwood -- no D -- is our current sheriff. ( I wonder if the inmate had been incarcerated by the grammar police.)

It's inspiring to see this project unfolding. To hear some of the first stories and to get a sense of the scope of this project, visit their website HERE. 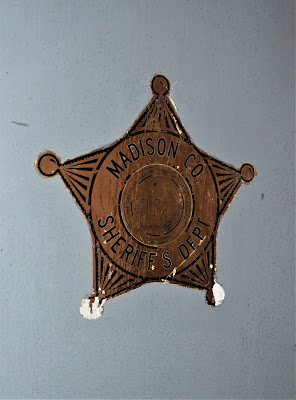 Interesting story. We once stayed at a jail converted to hotel. I'll be sure to follow the story. I wish our town would convert the Court House but we seem to be arguing and spending money on studies about whether to move to new quarters. Argue, spend money for studies, and do nothing. On and on.

How cool to see the metamorphosis of a building...and to have some knowledge of its history. Can't wait to see what it becomes!

I admire those who can 'tell' stories. Sue is the storyteller in our family.

NCMountainwoman -- Sylva turned its old courthouse into a wonderful library. Marshall's iconic courthouse is gorgeous but difficult of access. Sooner or later there's likely to be a push for a new one. It would be a great space for a museum of county history plus offices, studios, etc.

A/C --John is of the good old Southern tradition of not letting the facts spoil a good story. I am a little more careful, within the limits of memory.

That's my son, Josh. Great write-up and great to see people, like myself, still blogging

And what a nice guy he is, Colleen! Yep, still blogging after all these years. I'll check out your link.