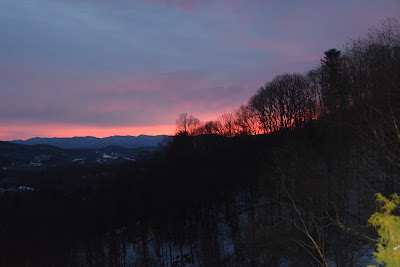 I see this sequence as representing the state of our country.  It's starting to get lighter, folks! 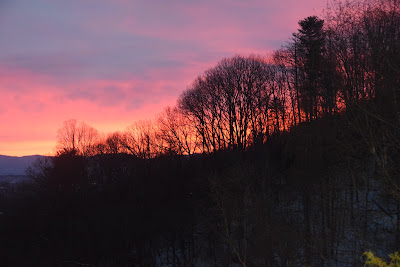 The news of the past week -- starting with the resignation of Zinke -- another rat leaving the sinking ship and good riddance to him -- has been mixed.

The child dying in US custody at the border is shameful -- and even more shameful to my mind are the heartless apologists who say it was all her father's fault for fleeing the lawless situation in Guatemala. Well, yes. Poor man, he probably thought she would have a better chance at a decent life in the USA. He probably didn't expect to be met with tear gas and rubber bullets.

But imagine if, when the first news of that caravan of political asylum seekers broke, imagine if our government had sent lawyers and immigration specialists and medics to be prepared to respond to these people. I doubt it would have been more costly than deploying the troops. And it would have certainly been more humane. 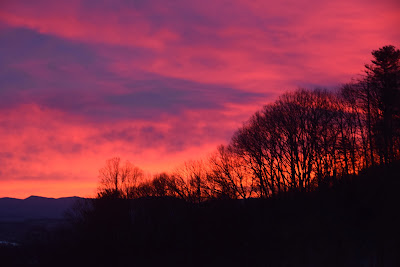 The Texas judge who's taken it upon himself to strike down the ACA has struck fear into the hearts of the many, many people who have enjoyed its benefits.  It will be appealed and probably overturned, I suspect.

And the Republicans' stripping of power from the duly elected incoming governor of Wisconsin, just as the Republican legislature of NC did several years ago is equally reprehensible.

But. What if these are the last desperate spasms by Republicans who realize that the end is coming for them?

Why doesn't anyone want to be Chief of Staff for Individual One? 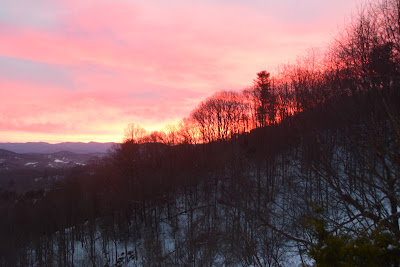 Because, at this magical moment in time, the President*, his campaign, his transition team, his business, his administration, his charity, and his family are all under investigation for committing different felonies.

To paraphrase: "The mills of Justice grind slow--- but they grind exceeding small."

The light is coming, slowly but surely. 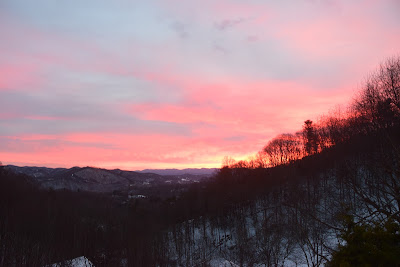 Email ThisBlogThis!Share to TwitterShare to FacebookShare to Pinterest
Labels: a little political, sunrise

Another beautiful dawn...and good inspiring words of the spasms of power. I do hope that it's time has come...drum roll please.

I so sincerely hope you are right. But after so much lying and wrong-doing that have not been challenged, I remain skeptical. I hope I am wrong and you are right, but with Mulvaney as Chief of Staff and Scott Walker on the sort list for Secretary of Interior I have great doubts. I lived in Milwaukee County when he was County Executive and saw exactly what he did to ruin the lovely park system there. Too bad the country is not as lovely as your photographs.

Thank you Vicki. It's difficult to remember how slowly the wheels of government do grind while enduring the absolute corruption of every department in this administration! Zinke was one of the worse and I am so thankful he is gone. His damage will take a very long time to heal. But, as you said I believe it is getting lighter and the darkness will eventually be expelled.

Let us hope. Like you, I hope that this is the last gasp of the stench that has become the Republican Party. Maybe they will get back to being reasonable conservatives.

I am more hopeful also. As the noose tightens around Trumps neck he will become more erratic and demonic. When democrats take over Congress in a few weeks we will begin to see his worst nightmares. They are going to question all of his shenanigans and re interview all the ones that lied under the Republican House.

He is spending 17 days at his resort in Florida, while the unfortunate south of the boarder get nothing from us, and our own homeless and drug problems go largely unaddressed. He will be hidden in his castle.

How about Winter Solstice on Friday - wouldn't that be a nice time to issue a report that puts an end to this whole mess. Then we could truly welcome the return of sun and sanity. (Those photos are gorgeous.)