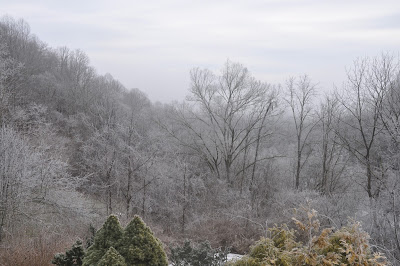 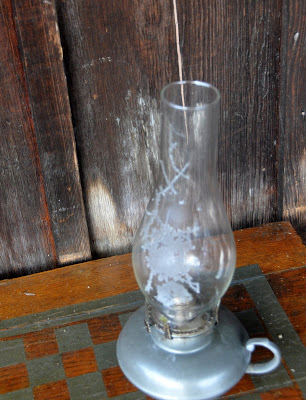 A closer look told me it was rime ice -- frozen fog -- turning the world beyond the window into a fairyland . . . 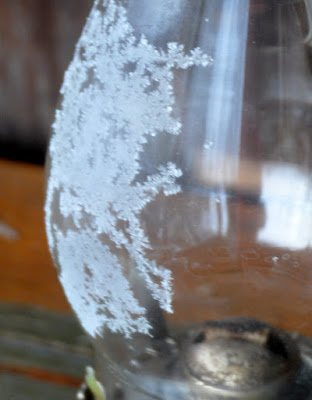 Everything had been transformed and I dashed about in my nightshirt and bedroom slippers to get pictures before the sun broke through the clouds and undid the magic spell . . . 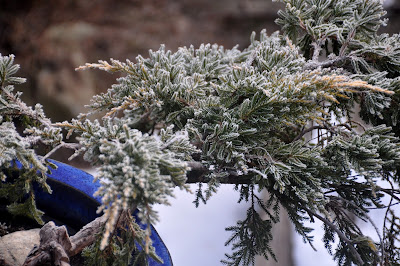 It's one of the loveliest of weather phenomena -- one we don't see very often here -- and my pictures don't capture what I saw . . . 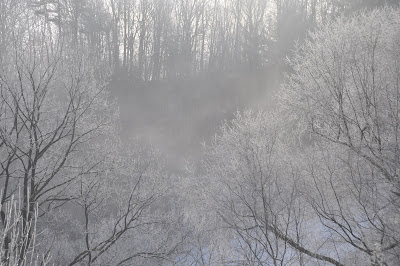 I was charmed by the tiny hairs that formed on the rose leaves in a sheltered corner . . . 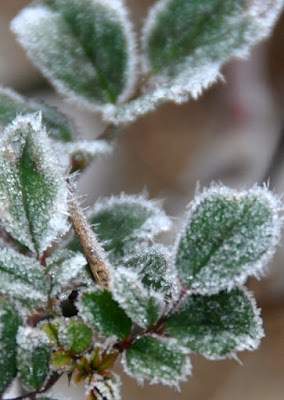 Frosting on the evergreens . . . 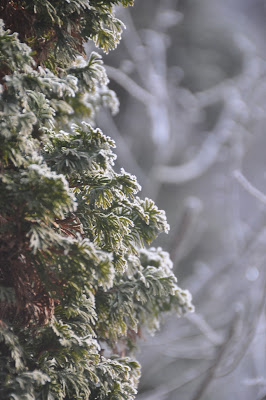 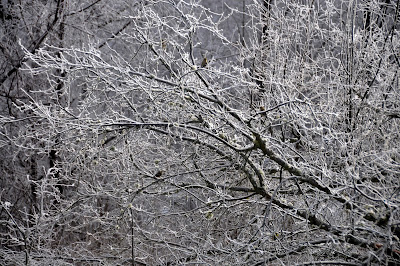 And the Dwarf Alberta Spruce . . . 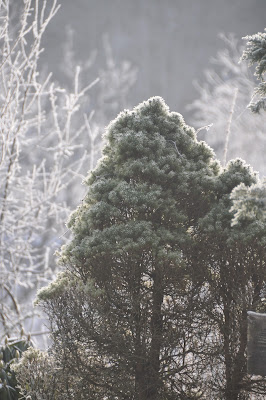 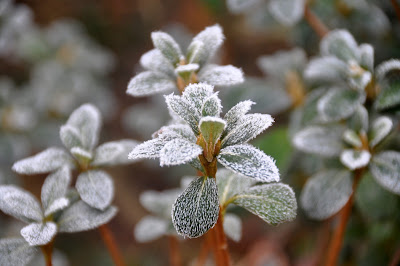 As it turned out, I could have taken the time to dress and not run around bare-legged in the chilly morning air . . . 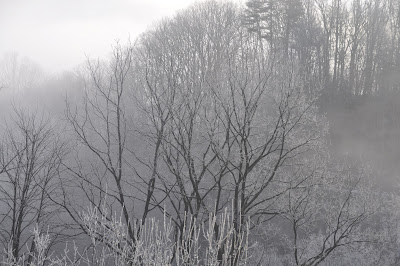 The fog hid the sun and the rime ice persisted till a little after noon.

Wikipedia has more than you might have imagined possible on the subject of rime ice HERE and hoar frost (a different thing altogether) THERE. 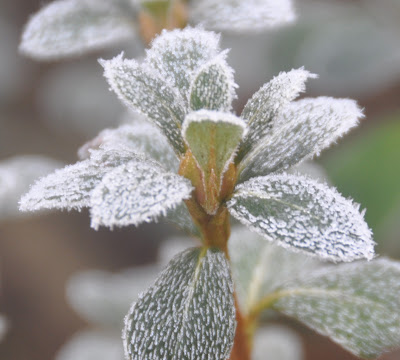 So beautiful! I always thought hoar frost and rime ice were just different names for the same weather phenomenon. Thank you for the links!

It looks lovely, although I can't imagine running around in my nightshirt and slippers to shoot it! I don't deal at all well with the cold weather in my older age, I would have had to bundle up.

That kind of frost is so photogenic, and you have done a good job with it.

Vicki, I have lead a sheltered life. Until now, I did not know of rime frost. Thank you very, very much for introducing me to its beauty. I will be returning to check the Wiki link.

Bravo for the nightshirt/slipper duty call.