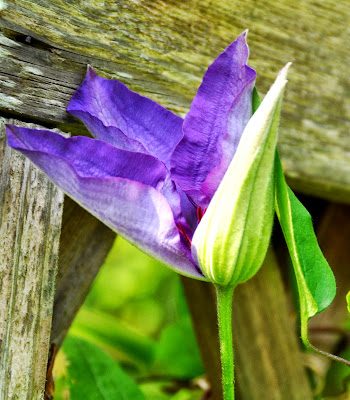 Three pictures were all I could load . . . and that after several tries...

I think that the fault is with our connection or our server -- John's computer seems to be running slow too. 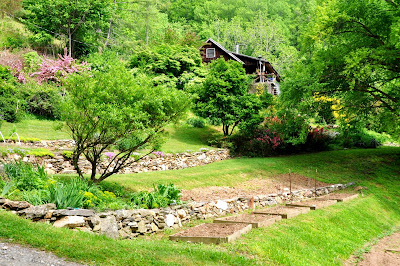 After getting the garden planted and hoed before our several days of rain, I took on the major task of cleaning and reorganizing my work room -- and I'm not done yet. Big bags of paper odds and ends are in the car headed for recycling, several boxes of books and magazines are going to the library, and I'm slowly making progress -- quilting stuff here, books about the Civil War there, old photos to be scanned . . . you get the idea.

I thought about taking before and after pictures but the before was/is too disturbing. Dust and dead ladybugs everywhere and such an embarrassing jumble of the various activities that I have, at one time or another, attempted.

Should I hang on to the huge basket of gourds? Is gourd crafting ever going to be something I want to do again? And what about all those odds and ends for collages and mixed media pieces I was sure I'd do some day? I wonder if  the oil paints have all dried up -- it's been about seven years since I used them.Do I keep all those 'good ideas' I tore out of magazines?

It's kinda like a trip down memory lane -- a memory lane so overgrown and tangled that one doesn't stroll, one hacks one's way through the towering ephemera, the teeming memorabilia, and the rampant trivia that threaten to overwhelm the weary explorer. 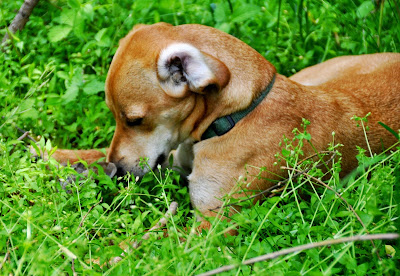 I keep everything! My kids can deal with it when I'm dead. It'll serve them right, since SO MUCH of the stuff is theirs.

You should make some gourd birdhouses to go in your lovely yard! The birds won't care if you decorate them, or not. Just drill a hole and hang them up.

ha. familiar.....we were spring cleaning this weekend...and will do some more this week in prep for a guest...it was good though...shedding the things we needed to...

On our many rainy days here I have been trying to organize better. How on earth does so much accumulate so quickly? Seems like I did this not that long ago.

Geese, even getting comment window to open took forever...the fog outside is creaping into the net! Only a writer would have junk she called "towering ephemera, the teeming memorabilia, and the rampant trivia"

I feel your pain. Our church rummage sale is going to be the proud recipient of many "tools of the trade" of my enterprises. Onward indeed!

Hello mates, its impressive piece of writing concerning teachingand completely explained, keep it up
all the time.

It is so very hard to get rid of old stuff – I know.
I have had problems downloading my pictures too – I mean it is very slow. The last two posts I took a book and had time to read one or two pages while each picture downloaded - since I place many pictures on my posts I was able to read almost a chapter! But I am pleased I do that only once a week or more.

Let us know when you rediscover your workspace, Carruthers!

Beautiful flowers! Slow computer here too-and I've been feeling the cleaning out bug as well! We must be on the same wave length : )

Lordy, I could have nearly copied and pasted your entry into my journal! I have THE. HARDEST. TIME. Deciding what to keep and what to pitch ! It is the bane of my existence.

What is the gorgeously purple flower at the top?

Ladybugs in NC are amazing. We stayed in a cabin near Maggie Valley a couple years ago in October. There were ladybugs everywhere. I mean everywhere, you could fill a dustbuster bin with ladybugs every day. We've stayed in the area probably 20 times at the same time of year without seeing the invasion of the ladybugs. Any idea why there are hoards of them some places and none in others? Lynne in GA