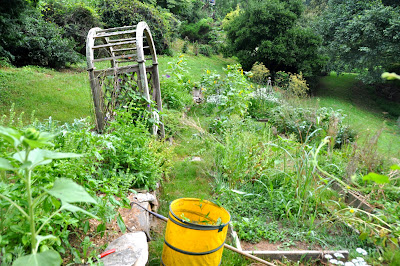 Somehow, my lovely box bed/herb garden has turned into an unruly jungle. 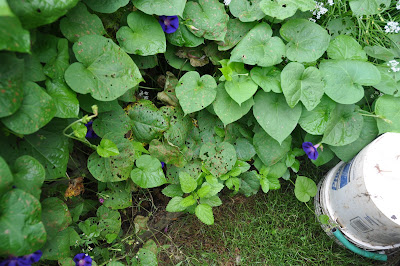 Rampant morning glories are shading out the lemon balm. And the basil plants were out of control. I pretended that I was a fiscal conservative attacking the budget and pruned them without mercy. When the fragrant carnage was over, I was happily surprised to find that though the artichoke plant that had borne five (5!) artichokes had withered away, it had left a flourishing offshoot. Perhaps I'll have artichokes again next year! 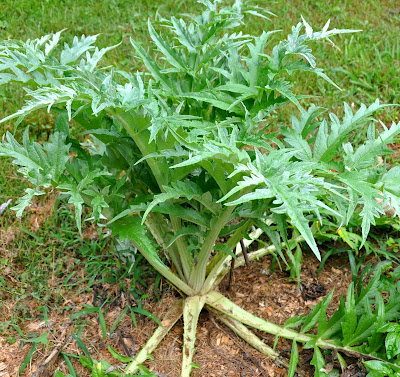 As I removed basil branches, this strange thing (below) caught my eye. What in the world? Seeds of some kind...? Then my keen Sherlockian deductive powers kicked in. The seed cluster was lying to the side of the artichoke plant. . . 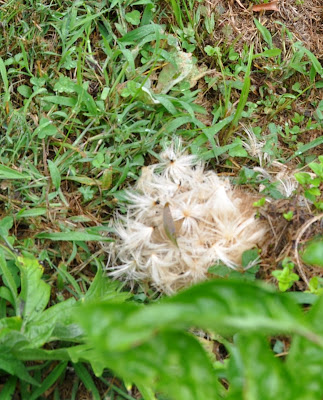 And hadn't I left one artichoke to flower ? 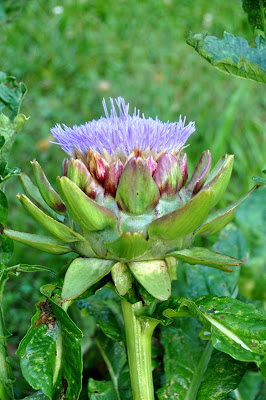 Voila! Artichoke seeds! I'm going to have a look to get direction on growing artichokes from seed. 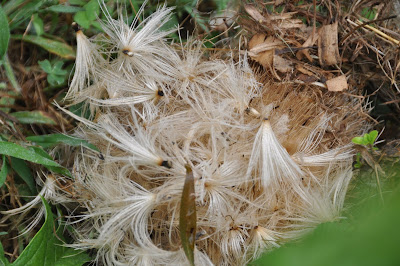 Half of the box bed garden is in some sort of order. Time to sow some lettuce and beets.... and maybe artichokes? 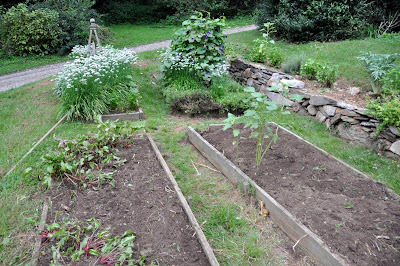 Would you laugh if I told you I've never tasted an artichoke?

I've never seen an artichoke in flower before. It's quite something.

I think you're going to have a garden full of artichokes next year. They are very pretty aren't they?

ha...some pretty cool discoveries....glad you are looking for a way to plant those immigrants and not just toss them off...smiles.

Oh my, you are industrious! The results do look great...good luck on being the first NC artichoke farmer! Hey, someone has to start a trend!

How fascinating. What a treasure found.

Beautiful as always!
Artichokes disappeared or have they been eaten from underneath? Not that easy to grow from seeds inside during spring time.

Turn your back for a minute and the garden goes rampant! Mine looks like your before shots.

I love the beds in your garden. My husband said he would build some here too, but it hasn't happened yet. Some day, maybe. It's all so green and lovely where you are. Here nature is scary dry by now.