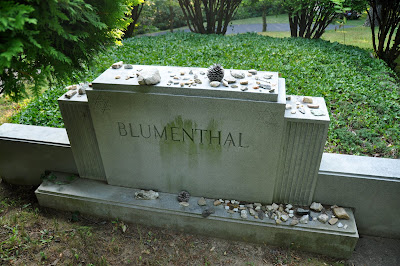 When I was at Wildacres last month, I made a thank-you visit to the grave of I. D. Blumenthal whose vision made the retreat what it is today.  And I brought a little stone from home to add to those already there.

I'd noticed little rocks on headstones in cemeteries before but not till last year did I learn that it's a Jewish custom -- a way of paying respect to the deceased.

It makes sense -- a stone is far more permanent than flowers -- and, according to some of my research, some Jewish traditions feel that money would be better given to charity in honor of the departed rather than buying flowers. 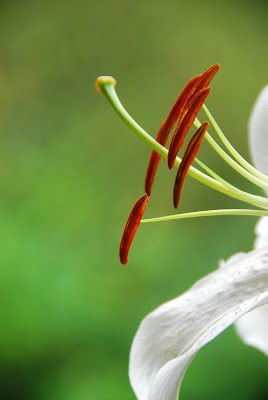 Some authorities believe that the custom is ancient and traces back to when stones would be put on a grave to keep wild animals from digging in it -- or to keep the spirits of the dead safely underground.

The website Ask the Rabbi has a great story about the custom, supposedly dating back to the Turkish occupation of Israel. According to this tale, an Arab was killed in Jerusalem on the Sabbath and the rumor spread that a Jew was the murderer. The Turkish authorities proclaimed that all Jews must leave the city at once.

A well known elderly Jewish mystic and Kabbalist came upon the scene of the crime where many Arabs were crowded around the dead man. Even though it was the Sabbath, a time when he was forbidden to write, the mystic wrote one of the names of God on a piece of paper and laid it on the dead man's chest. at once the corpse sat up and pointed to his murderer -- another Arab.

The Jews were saved. But the mystic had broken the Law by writing on the Sabbath. Even though the dire nature of the emergency allowed the act, feeling that some atonement should be made, the mystic asked that his fellow Jews stone his grave when he died.

They agreed but in order not to bring shame to the man who had saved them, they began the custom of placing small stones on every Jewish grave.

This endeth the lesson for the day. 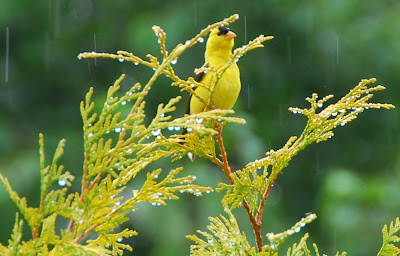 I've told myself a million time, to look up the meaning behind leaving stones. I knew it was a Jewish custom, but that's all. Now I know! Along this same line, flowers are for the living to enjoy. Once picked, they die, so I'm not a big fan of cut flowers. I've also told my kids, don't bring me flowers when I'm dead, spend time with me while I'm alive!

I've never heard of that custom, but I think it's really interesting and I will do it going forward. 3 years ago, I had the happy surprise (while I was researching my maternal genealogy) that I had quite a few relatives buried in a small, old cemetery about 60 miles north of Dallas. I had absolutely NO idea that this branch of the family was anywhere around - thought they were only buried in Oklahoma and Arkansas. When we went to see the graves, I was flabbergasted to find that the oldest grave there was my 4X Great-Grandfather who was born in 1795. I will go back soon and place stones on his and my 4X Great-Grandmother's graves. I think this is a beautiful custom.

I´ve never seen or heard about that before. Nice tradition! :-)

What an interesting custom and one I've never heard. I plan on visiting my great-grand parents graves later this fall and will follow this custom.

that is really cool...i knew about putting stones on the grave but not the back story...that is an interesting story the rabbi told as well...need to look into this more because that is a nice texture to add to another story..

Well, it makes more sense than placing cut flowers at a grave. And, there are some pretty stones out there, to be found.

Thank you for reminding me. I love the custom of leaving stones in special places, there are many stone-centred tales in mythology. Building up a cairn or the huge dolmens found in Europe, for instance.

I enjoy stones in the garden too, whenever I find a large one, I instantly try to find a good home for it. There is something so permanent about stones, I feel less windblown when I have one in my hand.

While I knew about this custom - one of the advantages of having a Jewish husband! - I had never heard the story of the mystic before. I'll be sharing this with my kids after they wake up - teenagers, you know!

I have a large pet stone. :o) May as well enjoy my stones now, since I won't be buried anywhere. Love your photos - the flower is stunning.

What is it about stones that resonates so strongly with us? To me the answer is simply that they're beautiful and speak to us of the ancient nature of our world.

I, too, have piles of stones that both my husband and I have collected from places we have visited, or just picked up because there was something special about them that reached out to us.

Have a great day, all, and I bet we all notice the stones around us today!

I've seen stones at graves but didn't know anything about why they were there.

What a marvelous custom. And thank you for the story behind the tradition. Fascinating and moving.

My first observation of this custom was in the movie Shindler's List. Thanks for sharing the story. And I love the picture of goldfinch in the damp bush.
Barb at Alchemy of Clay

Your photos here are breathtaking, Vicki. Wow. And thank you so much for the interesting trail of tradition for stones on the graves.

Leaving stones as markers of respect or honor or to denote what we 'leave behind' on a quest are also traditional. It was a custom to do this at the center of the labyrinth at Kripalu, and also at a particular place on the Camino de Santiago.

Perhaps the stones carry the vibrational patterns of our love, our pain, our history ...

It's a lovely idea and so rooted in history. What a lovely story. The Jews are very good at telling stories, aren't they.
Here in England, it is the custom to place a stone at the top of a hill that you've just climbed. The pile of stones that collects is called a cairn.

This has not been my custom but I really like it. As a matter of fact, in THE DAY OF SMALL THINGS, Birdie puts a quartz arrowhead on her son's headstone...