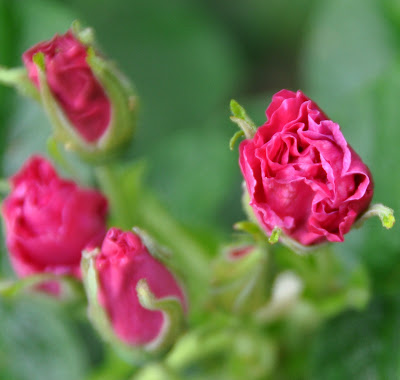 I have a huge, multi-headed list of Things That Need To Be Done Around Here and one of those things was to re-pot all my potted plants.  It sounds a lady-like occupation that might involve a pot or two of ferns or African violets but the truth is otherwise. Some of my potted plants are twenty or even thirty years old  and some are too heavy for me to lift. 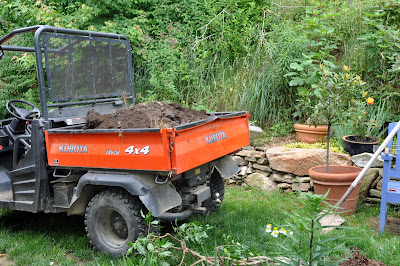 Justin brought me this nice load of composted manure from our pasture and John helped to haul out the large ficus trees and the junipers from our deck. Everything got the treatment, from this rosemary to the huge bay bush to the calamondin and, yes, some ferns.

This rosemary isn't nearly so rootbound as some poor junipers that had been in the same pots for six years.  I hacked and root-pruned mercilessly -- I just hope they all survive the treatment. I think they'll enjoy being able to stretch out a bit in this lovely new soil. 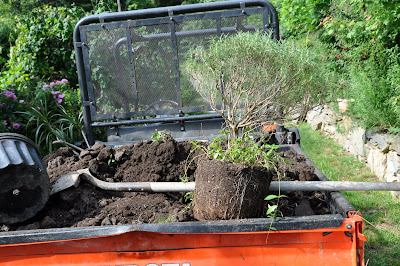 And speaking of lists, this quote from Robert Heinlein caught my eye when I was reading the weekly compendium of comments on A Word a Day.
A human being should be able to change a diaper, plan an invasion, butcher a hog, conn a ship, design a building, write a sonnet, balance accounts, build a wall, set a bone, comfort the dying, take orders, give orders, cooperate, act alone, solve equations, analyze a new problem, pitch manure, program a computer, cook a tasty meal, fight efficiently, die gallantly. Specialization is for insects. 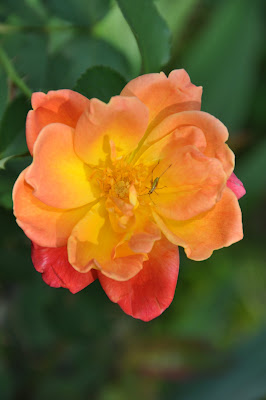 Dang!
That's a pretty long list. I might manage a dozen -- and I know that John could do some that I couldn't.

But plan an invasion? Hmmm. I'll have to work on that. Right after I learn how to program a computer and fight efficiently. 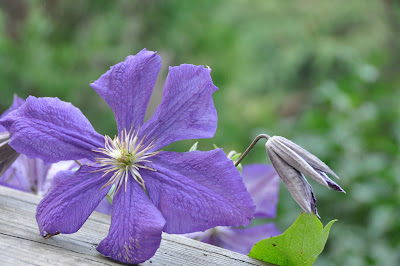 That's a lot of re-potting! Bet you're glad to have the little 4x4 at your disposal.

As for Heinlein's list, I could probably manage a dozen, at a pinch. I guess I might die gallantly, trying to solve an equation, maths being my weakest subject.

that top photo is gorgeous, it looks as though it ought to smell wonderful? my roses are just coming out now, most of them - the best time of year in my garden.

except that I have an invasion of rosemary beetles
:-[
I'm not sure my rosemary (a replacement from a previous victim) will survive

that is some list...i might be able to plan an invasion, i just need to turn my kids loose...lol. that orange flower is beautiful...

You must have some very special green thumb to have had plants that long! I always find re-potting very satisfying and can almost hear my plants breath a sigh of relief for new soil/space.

Martin - Made me laugh with your imagined gallant death. The 4x4 is a wonderful farm tool -- in almost constant use.

Lettuce - the top photo is an old fashioned rose given to me 30-some years ago by a neighbor. I don't know its name -- probably it's one of the rugosa roses -- but yes, it smells wonderful.

Brian -- the orange flower is a Jacob's Coat rose -- it goes through a variety of yellows, pinks, oranges, and reds as it opens.

Pat -- I thought I heard them heaving little green sighs of relief.

WHOA! And I thought Bertha Damon was into gardening! And mine is wee in comparison. Lovely flowers :)

Good grief...when you said repot flowers I was thinking as you said, a quaint little peaceful time of potting some violets or something! ha.... That sounds like some big undertaking, but I'm sure the feeling of having it done is wonderful.
As for that list of what a person should be able to do...it puts my little 'to do' list to shame! ha....
Tammy

Oh for a ready source of composted manure. Free.
I think root-pruning is as comforting to plants as a pedicure is to me. I bet they WERE breathing "little green sighs of relief"!

My potted plants are so sad right now. You've put me to shame.

I'd be in touble with most of that list, but the are a few thigs I'd be quite good at. I'll leave it to the imagination as to which is which ;)

Regarding the list, I am just glad I have already done the manure pitching! As for the rest, I am still confident. *giggles*

Good luck with your computer battles! :-)

I could manage ten of the things on that list.
Good luck with the repotting. Just before I came over here, Jim and I had to repot the camellia, which was potbound. It took all morning to get it out of the plastic tub it was in and in the end, it was the total destruction method. The poor plant was so shocked, it keeled over the ground and trembled as Jim took the axe to the pot. Finally, we got it into its new location and I haven't seen it since, so I don't know if it's thriving or not!
Blessings, Star

Lists. They are always there. Waiting for our attention. I thought when I retired I would have lots of extra time but my list tells me differently. Good post. You sure have lots of potting to do -- think great exercise for your muscles if that helps. -- barbara

Thanks, Subby! Our garden has been over thirty years in the making . . . and still nor 'done.'

Yep, it was fairly major, Tammy -- something I'd been putting off far too long. Now I feel wonderfully virtuous!

One of the joys of keeping cows, June!

Deanna and Willow -- it's a humbling sort of list -- but Heinlein always wrote superhero sorts.

Merisi -- the computer and I have a love/hate relationship...

Star -- most plants can survive fairly brutal root pruning -- they may look a bit haggard at first but usually they snap back with renewed vigor. We'll hope your camellia and my plants thrive!!

Barbara -- Oh, yes -- exercise, sunshine, communing with nature -- all good for the body and soul!

Whoa! That's some serious re-potting you did. I hope all the plants will thrive in their new homes.

As for the list...well, I've done some of the things, and I think perhaps I could do most of the other things...except program a computer. I think trying that might just cause me to die a not-so-gallant death!

That's a big work you did indeed but I am sure your plants will be delighted ....
I have too some list of things to be done especially in the garden .. so I will leave you now.
Thank you for your regular kind comments.
I wish you a nice week

My mom always replants her plants each year. Wow what a list of things folks should be able to do-I think between me and hubby we could manage-I think : )

Victoria -- the plants look happier already! Yeah, I'm about as computer literate as I'm gonna be -- programming is SO not in my future.

Helene -- this is the time for the garden, isn't it? Before it gets too hot...

Your mom is a good person. I was embarrassed to find that a Christmas cactus we brought from Florida (we were given it on the birth of our first child in '72) still had that characteristic Florida sandy dirt around its roots. I'd moved it to a larger pot at some time but not really replace the dirt in the root ball.