This Was No Blizzard 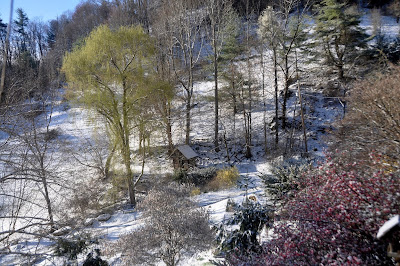 We awoke yesterday to a little over an inch of snow . . . and warming temperatures. 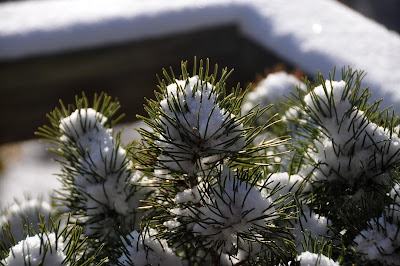 Whenever snow is predicted in March, those of us who remember The Great Blizzard of '93, look to our supplies -- wood, food, water, batteries -- what ever it might take to weather whatever the weather might bring.

In '93 we were taken by surprise by heavy snow and a power outage that lasted over a week. Our driveway and, indeed, the the roads were impassable.  No running water because the well pump needed power.

My older boy was home for Spring Break with a passel of college friends -- five or six, if memory serves. Making nine of us in the house. And no one could leave.

It would have been a perfect setup for a murder mystery -- deep snow, flickering kerosene lamps, communication with the outside world gone . . . though helicopters did fly over twice to see if anyone was signalling for help.

But thanks to wood stoves  a good supply of canned goods, two chest freezers full of beef and pork and garden produce, and a reservoir from pre-well days which John hooked back up after slogging through snow that was chest high in places, we did quite well.

The young uns built snow forts and had snowball fights during the day and played Dungeons and Dragons at night. The house was draped with drying clothes and I kept making stews and soup and cocoa and bread.

An unforgettable time. Even fun, in a way. 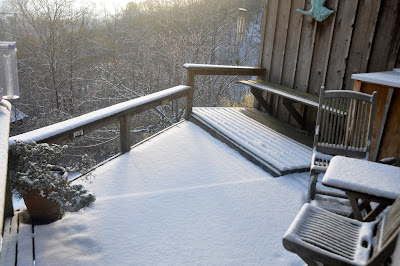 But we were happy when yesterday's snow was mostly gone by midday. 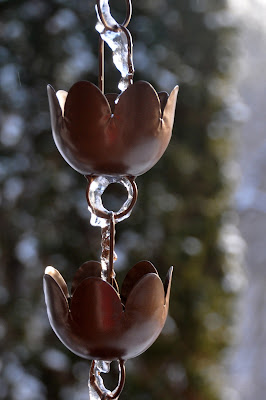 That sounds fun. Well , more fun for the boys than you , perhaps !
But a good family story and we all need those ...

How well we remember the blizzard of '93! Our older son also was home for spring break and missed the first couple of days of classes when he couldn't get back across the mountains. Luckily, our power outage didn't last a week.

THe memories of that storm do stay with us...I lived in Knoxville at the time, drove home from my job in Oak Ridge following a jeep to get through drifts and never made it up the final hill...but could walk the rest o the way. Then spent time with neighbors who were equipped to cook on fireplace fire. There were just 3 kids in our group...and boy was it fun to get out of the clothes we wore constantly.