The Group -- An Anthropological Study 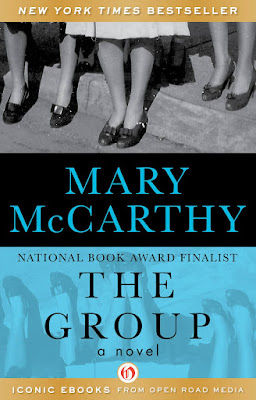 Mary McCarthy's 1963 bestseller The Group traces the complicated post graduation lives and loves of eight members of the Vassar class of '33. Most are wealthy and privileged and most of the action is in and around New York City. The characters are complex and engaging -- even if you occasionally want to shake them.

Nonetheless, it's a reminder of how things were in the Thirties, Forties, and Fifties. These were women of my mother's generation and re-reading this book for the first time in many years has given me a better understanding of those times. . . and my mother.

From politics to psychiatry to various theories of child raising and, most especially to the sexual mores of the time, it's a fascinating read.

The book was actually banned in some countries for its matter of fact discussion of birth control -- which, at the time these girls graduated, was illegal in various states or limited to married women with their husband's permission. Not that long ago, folks, and it could happen again.

On a lighter note, there are the clothes - girdles and stockings, hats and furs and white gloves. And the amusing little dinner parties on a newly wed's budget -- spaghetti or canned clams on toast, or something called tuna wiggle.

Old times they are not forgotten -- nor are they regretted by me.

PS -- re yesterday's procedure -- one polyp was found and removed -- making all the unpleasantness so worthwhile! 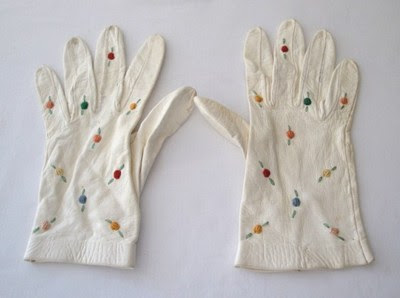 I remember reading this book as did all my girlfriends. In face, we often read it aloud in small groups. It was delightful back then. I have not revisited it but perhaps I should. Glad the procedure went well and the polyp is gone, never to cause a problem.

Somehow I missed reading this, being in the midst of family life during those times...and slowly trying to find myself. Ye gads, that took forever! A bit of consciousness raising really helped in the 70s. But we walked that walk as good girls did everywhere...wearing those silly gloves, and even clip on bows on our shoes!

Those are such pretty gloves. ;) lol

Oooohhhh....sounds like a marvelous read! I'd not heard of this one, so thanks -- adding it to the TOP of my wishlist. :)