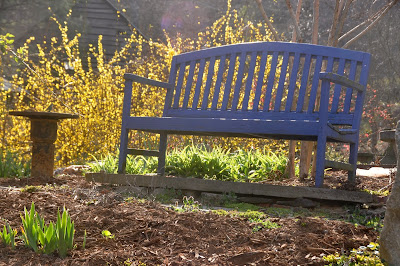 Back on Saturday John and I had a visit from a woman who'd been a student of ours when we taught at Independent Day School in Tampa back in the early Seventies.

Alicia had been one of a pair of girls that I admired deeply for their creativity and high spirits. I connected with both these ex-students through Facebook a while back and when Alicia, who lives in L. A., messaged me that she would be in the area (Greensboro) for the weekend and would like to make the three hour trip to the farm, I was thrilled.


It was a wonderful visit -- catching up and hearing about Alicia's rather amazing life. Some of the highlights included working as a sketch artist at Disney World, working as part of an illusionist's act, traveling with the circus and with carnivals (did you know that circus people look down on carnies?), and then moving to L.A, to follow her passion for music.

She's a singer and a keyboardist, a studio musician, a teacher of voice, and a member of a Blues group called The Scorch Sisters. She's married to another musician (who is with Three Dog Night which was touring in the area, thus her visit) and their children are also musicians.

We also had a fine time talking politics -- she and John and I are on the same page -- and she has even written a book about "the myth that is modern conservatism: the myth of the free market, the invisible hand, the magical trickle-down theory, the myth that all you need is bootstraps, and that a rising tide lifts all boats."

Dang!  What a joy to meet old students and find that they are new friends. 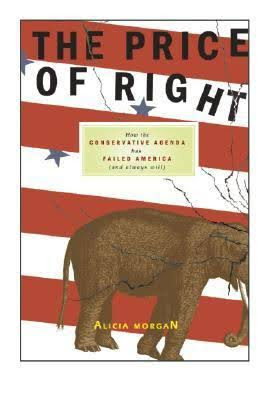 Labels: Alicia, The Price of Right

Sounds like a lovely visit! As a teacher, so many students pass through your life and I do find myself thinking, I wonder what happened to so-and-so? And it's interesting to contemplate the influence you may have had on each other - it makes me think of what happens when you throw stones in a pond and watch the different rings of ripples intersect.

What a great experience to have...so glad you and an "old" student could reconnect. I have a few friends from the 70's that I speak with usually through emails and FB. Getting together in person has become more difficult these days, so I'm really glad to at least keep up with some of their lives.

She was blessed to have you as a teacher and also very, very fortunate. Vicki I believe you were one of the best teachers ever and by her
visiting you and John only confirms how I feel. Love when these young people fulfill their potential. xx

A blessing both ways.

Yeah, I think there is a myth in conservative ideology although I haven't quite put it that way before.

What a fine event in your life. So glad to hear she mirrors our beliefs. You both have my vote if you want to take over the government.

Utterly fascinating! What a treat to be able meet and chat. I'm adding her book to my wish list AND...sure hope she writes a memoir someday - or several - about her various adventures in life. :) Thanks!

Vicki, I am trying to do a catch up visit to my favorite blogs after being away too long during March. How marvelous it must have been for you and John to have your catch up visit with your former student. I know that I feel quite joyous reading this post. xo