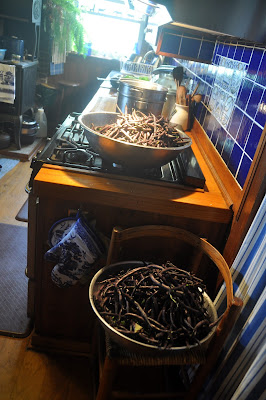 I headed out to the garden yesterday morning planning to do some hoeing and weeding. But first, I thought, maybe I ought to see if anything needs picking. Two and a half hours later, I staggered into the house with about ten pounds of purple beans at least fifteen pounds of cucumbers, some broccoli,  zucchini, lettuce, and Tuscan kale. 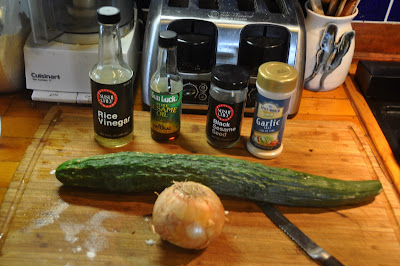 I spent the afternoon dealing with the bounty. I turned about 2/3's of the cukes into my favorite summer salad. (It keeps well in the refrigerator for several days.) 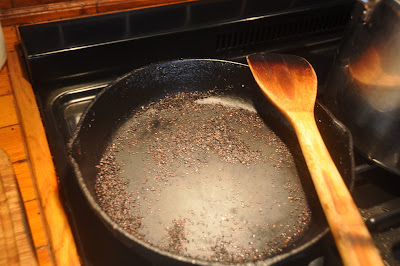 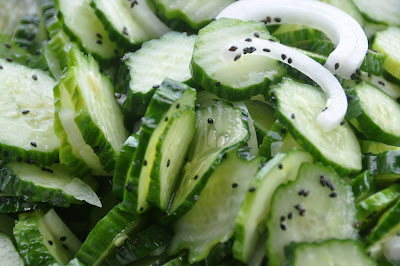 Then there were all those beans to snap -- a quietly meditative task. 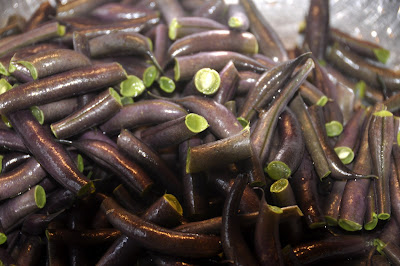 By the time the beans were snapped, it was too late to begin blanching them -- I'll tackle that today. 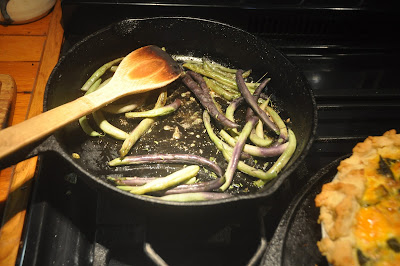 I did saute some for supper -- in butter with a bit of salt and thyme. 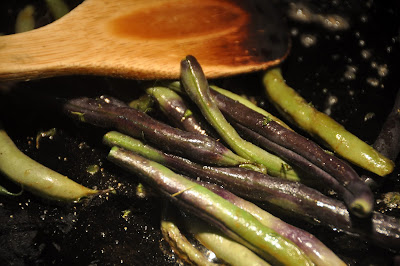 Notice that the purple changes to green as they cook. 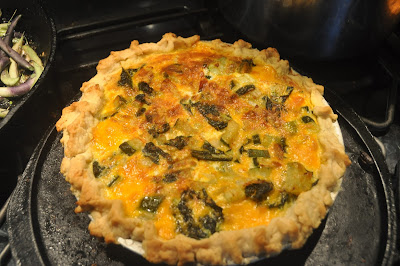 But what about the zucchini and kale? Ah, they ended up in a truly delicious quiche. Really, it was yummers. (The homemade pie crust didn't hurt.) With the cucumber salad and the sauteed beans, it was a pleasant summer meal. (With leftovers for lunch today!)

Here's a LINK to the recipe that I followed, more or less. Rather than blanch the kale, I just added it to the almost sauteed zucchini till it wilted. Of course, Tuscan (or black) kale is especially tender. And I baked the pie crust for 10 minutes before adding the other ingredients. 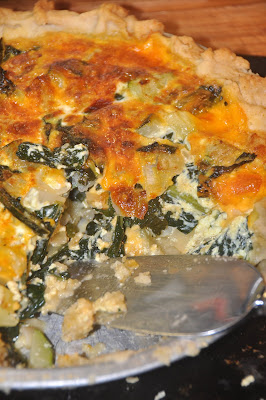 It all looks very delicious Vicki. I love quiche. I wonder what makes those beans change colour? I've never seen purple beans over here. Thank you for mentioning the spices. I need to make sure I don't give Larry all English food over here. I bet he'd like your recipes today.

It's a good thing I live at the opposite end of the state or I'd be trying to wrangle an invite for leftover lunch today....

Vicki, your summer supper looks very, very inviting! How grand to actually use vegetables you picked in your garden that morning. Thanks also for the recipe hints. Note to self: find some black sesame seeds.

What a delightful summer supper. Enjoy the fruits (!) of your labors. The season is upon us now!

I do a similar thing going out to see if the cherry trees are ripe and then end up spending a lot of the day trying to get them picked. Your meal did look fantastic. I liked the look of the quiche.

What a haul! Oh my goodness, everything look delicious!

Looks like you had a pretty good supper! Our beans are coming on, too. We put up 4 canners a few days ago. The garden is so wet now, it's going to be hard to get in there to do any harvesting, patiently waiting for the sun of summer to come by and give us a visit.