The Lion, the Dentist, and the Villagers 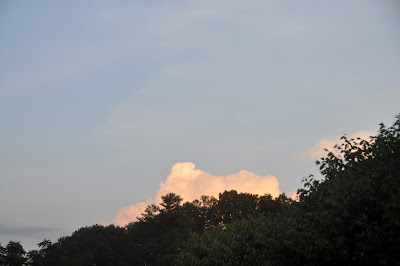 Like many, I was appalled at the cruel death of Cecil the lion and my first reaction was to get in touch with Guido and put out a contract on the smiling dentist who appears to have lured a half-tame lion to a lingering death.

But Guido was already booked up (so many bad guys, so little time) and I contented myself with signing a petition or two and watching the internet villagers gather with their torches and their calls for retribution. 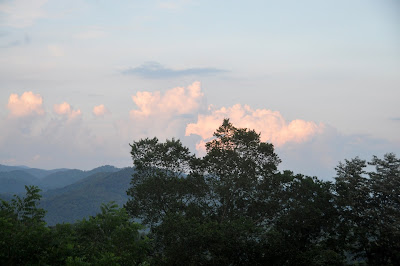 Once the dentist was thoroughly threatened, doxxed (his personal info published on-line -- the same thing those bakers got in trouble for doing to the lesbian couple) and his office forced to close (at least for the moment,) there came a second wave -- a flurry of posts taking people to task for getting all upset over one lion when there were so many elephants/rhinos/wolves/(fill in the blank) being hunted for trophies.

"And what about the pigs and chickens and cows and wooly lambs?" the vegans chimed in. "Don't their  lives matter too?"

"And all the aborted babies!"

"And the Marines in Chattanooga!" (This post forgot the sailor but I haven't.)

"And all the people suffering in Sudan! What about them?" 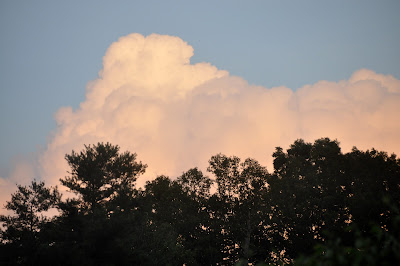 Good questions. I've been pondering on this as I deal with transforming garden produce into food for now and later.

One answer is that people just naturally like some animals better than others. Big animals -"charismatic megafauna" as THIS ARTICLE calls them. You wouldn't get this kind of uproar over one spotted owl. Or one rare toad.

The answer I arrived at before reading the article was that, unlike so many of the other causes, this had a specific face -- well, two specific faces.  The majestic lion (who had a name as well) and the smug, smiling, rich-guy dentist. Suddenly we villagers had a focus for our anger.

It's hard to find one person to blame for world hunger, trophy hunting in general, or any of the other above-mentioned cases (except, perhaps, that of Sandra Bland -- and Chattanooga -- but that shooter is dead.) Here it's easy -- the wealthy, entitled American who has a history of bending/breaking laws to secure his "trophies." What's not to hate?

"And," the mob shouts, "he needs to be brought to justice. If he escapes the courts, we'll make his life hell."

I really want to see justice done. I hope the whole truth of this incident comes out and that, if he is guilty,  the wealthy American can't buy his way out. I hope that the massive outcry leads other trophy hunters to consider changing from guns to cameras. (Yes, I know about the monetary contribution of game hunting to poor economies and to conservation programs. Camera safaris do the same thing.)

It reminds me of a kids' soccer game many years ago. I was sitting beside a friend who, I happened to know, attended Quaker services. And who was quite anti-gun.

But when one of the players on the other team had the ball, my sweet friend was shouting at our boys, "Kill him! Kill him!" 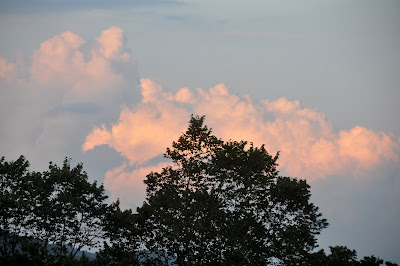 This is what is known as a whirlwind moment -- a time when lomg overdue change suddenly seems possible. But that change won't happen if we let the moment pass and fall back to watching and waiting and hoping somebody else will fix the problem. Our planet is being trashed in every way possible. We have to start fighting back, and being nice just doesn't cut it.

I don't have the answer either, but I am sick and tired of "all for me and none for you".

I don't have the answer either, but I am sick and tired of "all for me and none for you".

I understand the dentist is in hiding and can't be found. That might be a good thing, or he could end up as a trophy himself.

This really is a "perfect storm" -- a charismatic, named, much-studied, much-photographed, much-loved individual lion, lured away from a park under cover of darkness and hunted (cruelly, badly, inefficiently) by a smug, self-entitled, wealthy American individual, who blames the whole thing on his local guides. It doesn't get more iconic than this. There is now a "Je suis Cecil" cartoon out there. It's hard to parse out how we are Cecil, when we are much more likely to be the dentist. But there you are. Rage doesn't have to be rational, and rage is what we are feeling.

Where will this go from here? I hope it goes somewhere. Will the hunter be brought to trial? Will there be a revulsion against trophy hunting, making it as unacceptable as drunk driving as made by MADD? Will other animal- and human-rights causes get a boost from the momentary flurry of rage and conscience?

Actions have strange consequences, which are not always predictable from their immediate impact. One assassinated Archduke threw all of Europe into war, and nine million soldiers perished. The civil disobedience and suffering of Gandhi ultimately freed India. One crucified Jew ignited a world religion, and one Arabian merchant ignited another. Ultimately, you don't know where your actions will lead, or what other actions they will touch off. Wherever you go, karma is watching.

I think Sandra's comment about a whirlwind moment is excellent.

As for your main point, I agree that Internet justice can be scary. Having said that, this guy deserves a good shakeup. I hope the incident changes him and others and that he then goes on to lead a good and productive life.

As I have posted on FB and you replied, I don't like conflating this event with others, which are their own issues but unrelated to this one.

PS, your Quaker friend didn't shout "kill him". She shouted something to the referee, she thinks. I'm pretty sure she didn't use the word "kill". Though she does have a pitchfork in her garden shed ;)

Perhaps my memory has embellished the tale - an occupational hazard. Also well in line with the old Southern tradition of not letting the facts get in the way of a good story. XOX to you, my rowdy Quaker friend.

My daddy, a very good Southerner, was a great embellisher--it's what makes life interesting! That and shouting rude things. xoxo back

I have the same feelings about this issue as you do. But I must admit, it really angers me when others extrapolate beyond the savage nature of the killing. Let it stand alone. Don't compare it to other tragedies or try to measure its worth. It is what it is...the senseless un-sportsman-like killing of a magnificent animal lured from its safe location. Nothing more. Nothing less.

I'm not even certain that a few months off incognito will cure Dr. Fudd of his need to shoot, stalk and target all things soft and furry; but if it gives other wannabe big game hunters pause, then Cecil's death may not have been all for naught. I may be a fool, but like homophobia, racism, and drunk driving, some things become passe' as time marches on and we oldsters decline. I have HUGE faith in my sons' generation that sport hunting will slowly fade away.

"...maybe people, without being aware of it, appear more concerned about a lion than police brutality and war because they see themselves as the lion and all animals being rendered extinct by our species, whether it be directly by those of our species with money and power and/or indirectly by those so desperately afraid that they swallow everything tossed to them by the powerful and keep voting them into power. Or, maybe, because we are all so frustrated by trying to withstand the crush of the moneyed and powerful but feeling completely helpless to do so, we are venting that frustration against this wealthy dentist who crushed, very slowly and deliberately, beloved Cecil.
As today’s0728cecillionkilled01 collective lion, we are in desperate need of Androcles."