Reading for the Detail 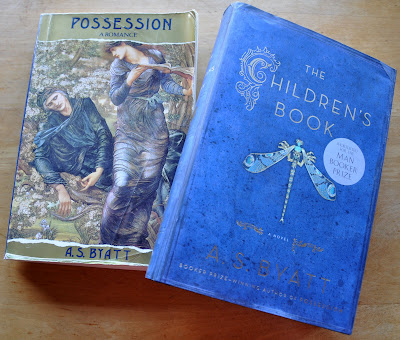 The Children's Book by A.S. Byatt is a marvelous read for a details freak such as myself. A while back I was fantasizing about an ebook that would have hot links to every obscure reference -- I found myself wishing for those very hot links as I made my way through this beautiful, rich, and alluring story.


It's not for everyone -- because of this denseness.  And it's not as compelling a story as Byatt's Possession which ranks as one of my favorite books. But I truly enjoyed it and will reread it to revel in all the lush details.


This is what The New Yorker had to say:

Byatt’s mammoth novel, spanning the two and a half decades before the First World War, centers on the Wellwood family, led by a banker with radical inclinations and his wife, the author of best-selling fairy tales. At their country estate, they preside over a motley brood of children and host midsummer parties for fellow Fabians, exiled Russian anarchists, and German puppeteers. But the idyll contains dark secrets, as a potter whom the family takes in for a time discovers. Byatt is concerned with the complex, often sinister relationship between parent and child, which she explores through various works of art—pottery, puppet shows, fairy tales—using them to refract and illuminate the larger narrative. At times, an excess of detail threatens to overwhelm the plot: no aquamarine glaze goes undescribed, no psychological process unmentioned. But, despite risking tedium, the book is ultimately engaging and rewarding. ♦ 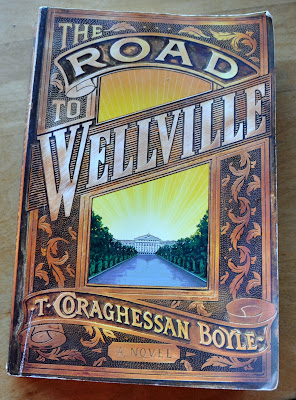 And then there's  The Road to Wellville, T. Coraghessan Boyle's exceedingly comic take on the health food industry in Battle Creek, Michigan in the early 1900's. The book is based on the real Dr. Kellog and I found it pretty hilarious. (There was a movie of the same name which evidently was quite awful.)
Wellville is another fairly dense period piece. There are several plotlines and some outrageous situations. But again -- I enjoy that sort of thing. Here's a review, that will tell you more. 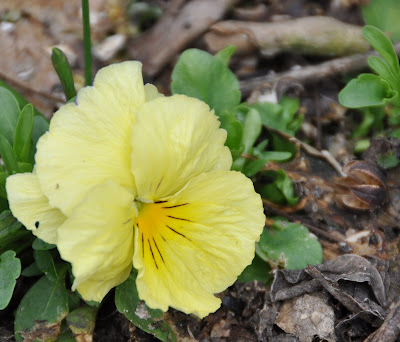 I'm a person who likes to read what I think is termed escapist fiction. I like good science fiction, mystery or romance. When I'm lucky I can find all three in one book. Thanks for the reviews. Loved the yellow flower.

Thank you for these book tips!
I love A. S. Byatt.

I hope your area was not hit by last night's violent storms.

To my shame, Antonia Susan Duffy (Byatt) is another author I've neglected to read. Thanks for the reminder. I've made a note to get acquainted.

Callie -- Not sure that these books qualify as escapist -- What are some of your favorites in that genre?

Rain but no violence, Merisi!

You may have a treat in store, Martin!

Vicki, I too cherish density in both fiction and poetry, and have loved working syntax and imagery to to that effect, although I know it's not the fashionable thing to do these days in the poetry world. The influence of W C Williams, perhaps?
Possession is one of my favorite books, and the Byatt book you recommend sounds like a must read. The sinister relationship between parent and child, yes, I could go there. "Family" holds so many dark corners and attics and basements....

Possession sounds like one I would like. Great reviews, Vicki. I've seen the Road to Wellville film, with Anthony Hopkins, but I didn't realize it was adapted from the book. Yes, it was a tad on the awful side!

Kay -- lush detail is what TCB abounds in! The plot is kind of all over the place but interesting nonetheless.

Willow - POSSESSION is, for me, magical. Reminds me a bit of THE FRENCH LIEUTENANT'S WOMAN - another favorite.

Helen -- oh, those rules! But as someone said (Churchill?) There are some things up with which I will not put.

It IS a wonderful cover. And the descriptions in the book make me long for illustrations -- or those hot links, of which I spoke earlier.

Aren't the covers lovely? They remind me of books that my mother had on her bookshelf. I still have a few of them and love to take them down from time to time and look at them anew.
Love children's stories too.
Blessings, Star

Lovely covers .
To answer to your last comment on my blog, I think that the world of art and installations isn't unknown of you according to "art's blood"!

bother, I've just lost my comment to this post.
what I said was that I picked up the new Byatt at the weekend, then put it down again in favour of another poetry anthology. As I am waiting for several new books to come out in paperback, that's no big problem. I'll just have to go back.

I did not know A.S Byatt (I have been reading books in French or very old books (1880s to 1910s type.) I am going to place her on my reading list. I checked the titles on Amazon and one book, Sugar and Other Stories, which appeals to me, has the same book cover as the painting I published in my current post (by Monet.) She is a Dame I see.

Hey, I found you through 6 degrees of blogging! You are being featured on my blog today!

I love getting book recommendations. I'll check them out.

Star, THE CHILDREN"S BOOK has within it some stories written for children -- but it, itself, is anything but.

Ah, Miss Yves, I am aware of the world of art and spent a bit of time doing research for ART'S BLOOD -- but I still don't understand it!

Friko, I really liked it and will read it again -- but it's not a good as POSSESSION, in my opinion.

Vagabonde -- I don't know those stories -- I'll be interested to hear your opinion.

Hi, Leanne! What fun! I just zipped over to NZ to visit your blog(s).

Byatt is a biggie in literary fiction, Mountainwoman. Let me know how you like her.