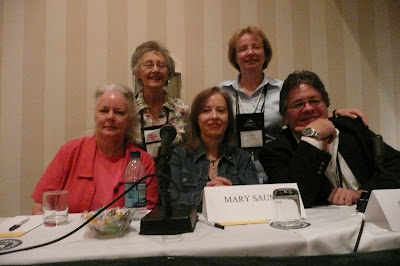 At 8:30 this morning I joined Cris Roerden, Mary Saums, Cathy Pickens, and J.D. Rhoades on a panel of Southern writers. Lots of nice folks, including Molly Weston who took this picture) turned out at this early hour and I have some pictures of them but as I said yesterday, Blogger limits me to four per post. (Here's a very modest web album.) 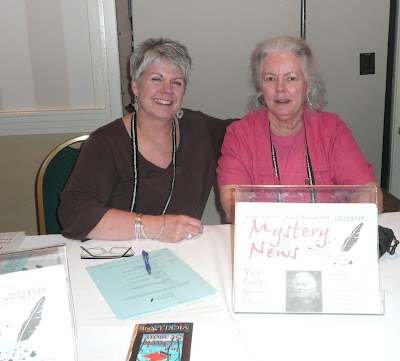 I spent an hour at the Mystery News table with Lynn Kaczmarek and Chris Aldrich. Jim Huang, one of the organizers of next year's Bouchercon in Indianapolis was there and I heard a little about the monumental work that goes into one of these conferences. I'll be telling you more about next year's Bcon sooner or later. 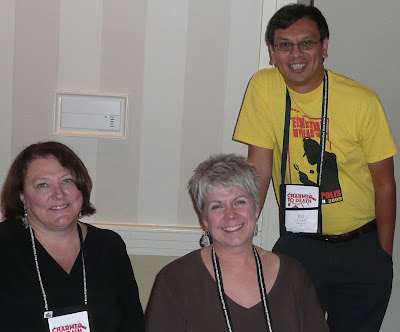 And there was my lunch with Herself, my editor. It's always a delight to spend time with Kate and get a glimpse into the world of publishing. And I made bold to tell Herself that we had a donkey named Kate -- she was entranced and immediately had to see Kate the Donkey's picture on her Blackberry.

At the end of our very pleasant lunch, when I asked if I could take her picture for this blog, Kate, the editor, kindly but firmly declined to be photographed.

So we'll make do with the other Kate. 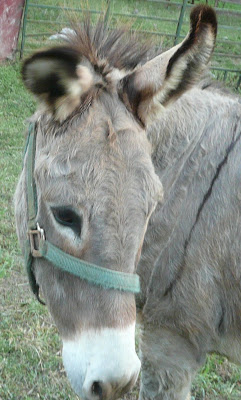