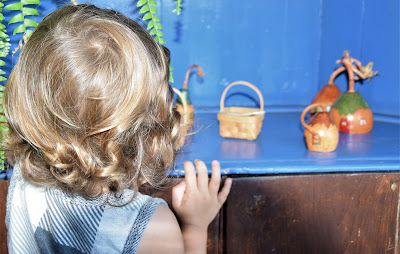 With Josie's 'help' yesterday, I began putting away the summer blue and white stuff and bringing out my fall tchotchkes. It doesn't feel like fall but it's October, dagnabbit!

The lower shelf of the corner cupboard has become a place for Josie's collections and such stuff of mine that she can play with.  Easier than spending lots of time tell her not to touch 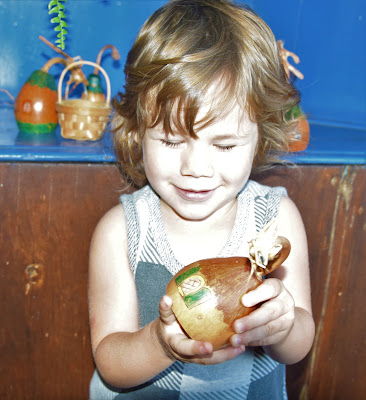 She was delighted with the little gourd fairy houses I made many years ago. she also latched on to the two tiny baskets and told me she was going shopping. She came back with two little rubber animals--a red hen and a green dog--and told me they were peppers.

And, yes, there is a pumpkin but no old lady was harmed in its acquisition. 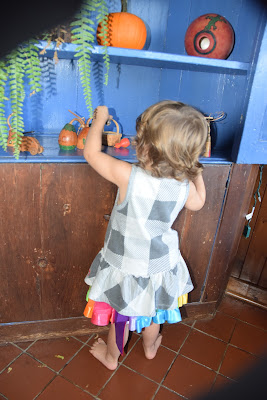 How lovely to pass on the tradition of seasonal decorations to another generation.

Isn't she just darling! Lucky you! Have a grand day!

The first picture could be transformed into a painting.