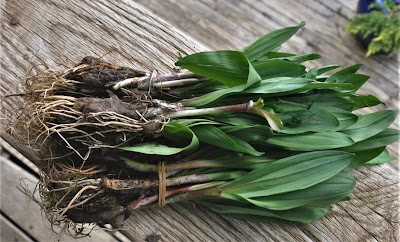 A local store had fresh-dug ramps yesterday and I got some to add to the little ramp patch I've been cultivating and some to eat. Ramps are a kind of wild garlic and when we first learned about them, our informants made it sound as though they were for dare-devils only. We were assured that if you ate ramps, you'd smell of them for weeks, that your sweat would smell like ramps, and that ramp-eaters became outcasts from society. 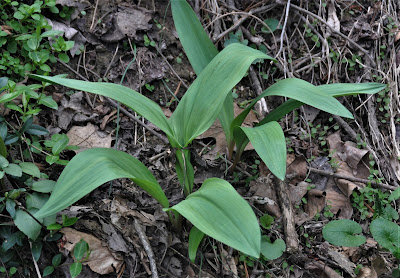 As it happens, we already eat enough garlic to dissuade a pack of vampires so ramps aren't intimidating in the least. But they are a lovely spring tradition and as we have no ramps in our woods -- at least none that are accessible -- over the years I've been buying them and planting them, in hopes of someday having enough for a nice harvest. 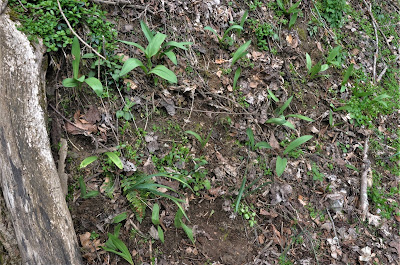 When I told the lady at the store that I was going to plant them, she said that I could cut off the top for eating and just plant the root.  I took her advice -- for two-thirds of my purchase. The rest I planted whole, wanting to see which works best. 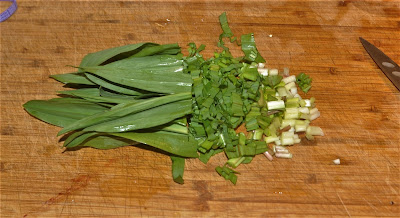 Then I had to decide how to cook the ramps. It's traditional to fry them up with bacon and eggs but I had another idea. I cooked a pot of quinoa in chicken broth and, while it was simmering, sautéed the cut up ramps in butter, adding a bit of thin sliced ham and some cooked asparagus from a previous meal. 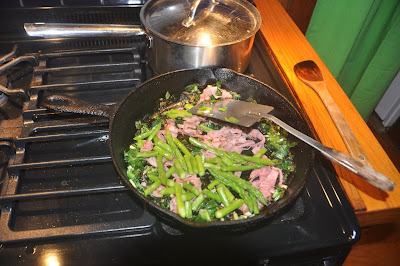 Mushrooms, especially morels, would have been a nice addition, but I didn't have any. 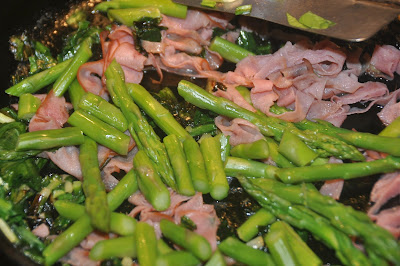 I stirred the ramp mixture into the quinoa and in the empty pan, lightly fried a couple of eggs.  The quinoa mixture went into two bowls and was topped with an egg, red pepper flakes, and some grated aged parmesan.

It was really good. And if it makes us society outcasts for a week, it was worth it.

If this sounds like something you'd like but there are no ramps where you live, I think you could achieve a similar effect with leeks and garlic. 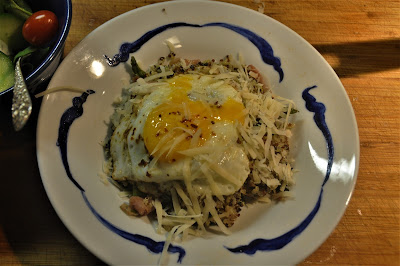 Never tasted a ramp, but they sure do sound good. Luck for growing them, that's the best idea yet!

Never tasted ramps either. I'll see if I can get them over here.

Looks fantastic! Love ramps, and not exactly available to me in central Texas so i shall gaze on in jealousy.

Vivian Howard - Chef and the Farmer - had an episode about Ramps. They look so fresh and delicious. You are very lucky it grows where you live. Coastal North Carolina is not a good place for growing them.