The Dark is Rising 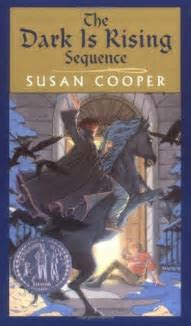 In spite of the flurry of holiday preparations, I found myself feeling the need to re-read Susan Cooper's magical stories.

Quoting Psychology Today: "Susan Cooper is one of the few contemporary writers who has the vivid imagination, the narrative powers, and the moral vision that permit her to create the kind of sweeping conflict between good and evil that lies at the heart of all great fantasy. Tolkien had it. So did C.S. Lewis. And Cooper writes in the same tradition."

These are children's books -- though I didn't discover them till I was in my late thirties. And at this time in our country, when it seems that the Dark is indeed rising, they are particularly relevant and deeply comforting.

The series begins with Over Sea, Under Stone. Three children, on holiday with their parents in Cornwall find a copy of an ancient map that mentions King Arthur and Logres. With the help of their mysterious great uncle Merriman, they find themselves on a quest and in combat with the forces of the Dark.

As their uncle tells them: "'. . . you have heard me talk of Logres. It was the old name for this country, thousands of years ago, in the of days when the struggle between good and evil was more bitter and open than it is now. The struggle goes on all around us, all the time . . . And sometimes one of them seems to be winning and sometimes the other, but neither has ever triumphed altogether. Nor ever will,' he added softly to himself, 'for there is something of each in every man.'"

The second book, The Dark is Rising, begins at the Winter Solstice when " the snow lay thin and apologetic over the world."  This book is where the Sequence really hits its stride,  revealing the Old Magic on every hand in a commonplace world. A hero arises to combat the Dark -- a hero who is the last of the Old Ones and the heir to the Pendragon.

Perfect reading for these gray and apologetic days . . . 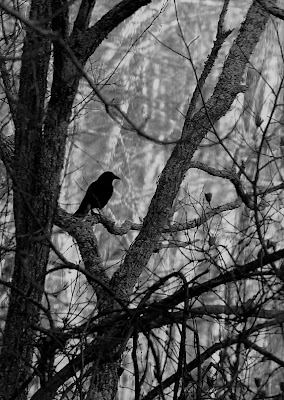 Enjoy the reading...may the Force be with you! Never ending struggles in a binary view of things.

And at solstice time too.

I love these books and I, also, discovered them as an adult when I had children of my own. And I also reread them occasionally.

Thank you for the recommendation. I am a huge fan of Lord of the Rings. Tolkien is my favorite author. Merry Christmas and Happy New Year to all your mountain family.