The American Museum of the House Cat 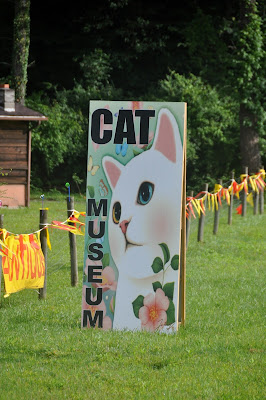 I'd noticed the signs back last Sunday as I was on my way to the Folk School but I was running late, due to a traffic jam near Waynesville and promised myself to stop on the return trip.

I mean, who could resist? Left to my own devices, I'd probably stop to see a giant ball of string . . . 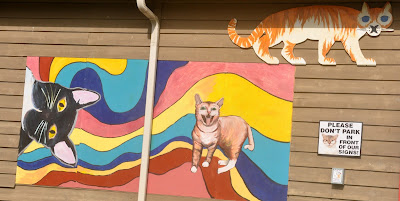 And it's the American Museum of the House Cat. Implying there must be others in other countries. I can only imagine . . . 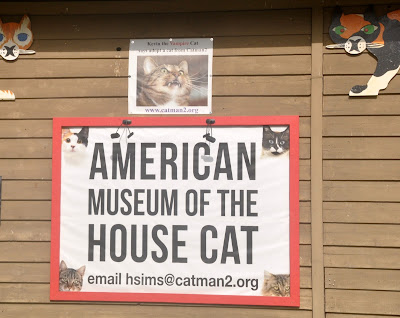 A sign directed visitors to enter through the adjoining Antique Mall and to ask someone to let the proprietors of the Cat Museum know that there were visitors upon which the proprietors (who evidently live behind the museum) would let said visitor in. For five dollars. 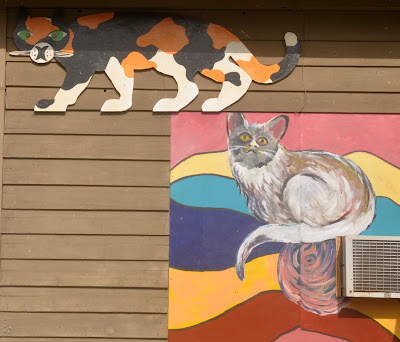 Well, I was game. The whole setup seemed both silly and charming . . .

But alas! I was too early and the antique mall was closed. I would have had to wait almost an hour till it opened and I was eager to get on home. 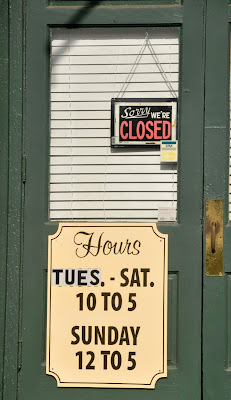 An ancient crone from the Antique Mall would have knocked three times three at the connecting door and after a bit of a wait, during which I could hear the sounds of scampering feet (or were they paws?) the door would be opened by a stocky, middle-aged man in tall boots and a plumed hat. His bushy ginger whiskers would hide the lower part of his face.

"Good morning!" he would say in a friendly growl. "I'm Tom and this," turning to the little woman at his side, "is Catalina."

"Oh, please," she would have purred, "just call me Kitty."

The couple would have walked me through the exhibits, asking about my own cats and telling me of theirs.

"Where are you all from?" I would have asked and Kitty would have told me that they had met in the Catskills but had lived in Catalooche for many years.

I would have been offered a cup of catnip tea and a cat head biscuit or two and I would have admired the arrangement of dried cattails (the aquatic sort) and cat briers, while paging through the museum's catalog.

And I would have promised to come back next year, on my way to the Folk School -- barring some cataclysmic catastrophe.

And as I walked back to my car, I would have wondered if I'd really seen the tip of a furry gray tail, twitching at the hem of Kitty's skirt. 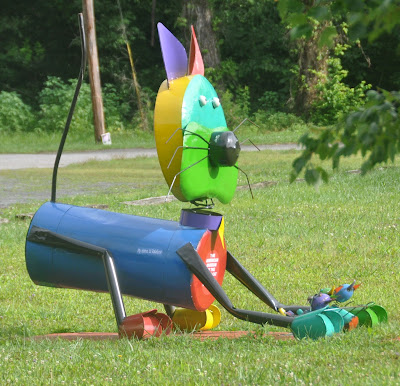 Great imagination. You should write a book someday. Oh ... :)

At least you had something to think about as you drove the miles. Yes, a friend of mine said we need to go there soon!

I am glad you could not get in, we got such an untertaining story in return!

Would Tom and Kitty have indulged in a rousing rendition of "Memory"? At the end of which there would be a paws before Tom cried, "Once more with feline!"

Ah, Martin! I knew I could count on you! Purrfect!

I would have been charmed to visit this museum,(if it had been opened) and I am pleased to read your story!

Lovely and funny paintings of cats!

Vicki - thank you for such a delightful escape to begin the day before I decide whether to even plow through the Washington Post and/or other depressing sources of information. As always, enjoy reading of your "adventures" -- so glad you are back to your whole self and doing fun things. Lucky students...