Much Ado About a Hairdo 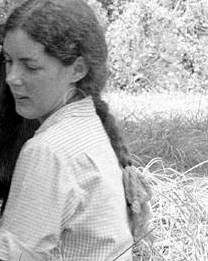 For most of the fifty-some years of our marriage, John (Mr. John) has been my hairdresser. It's never been any more involved than whacking an inch or so off the end of my wet hair.

In my youth, I was taken to my mother's hairdresser and treated to some pretty terrible "do's," the last of which I brushed out before I left the salon.  That was the end of that relationship.

I just never got into enjoying the beauty parlor/salon scene -- which is a shame as a busy, chatty beauty parlor could be a great resource for a writer.  But for years the smell of permanent wave solution was anathema to me.

With a few exceptions. In 1960, my freshman year of college at Emory, bee hive hairdo's were a big deal and the salon Styles by Styles was the biggest of deals in Atlanta. So with a fraternity party weekend coming up with John in Gainesville, I bought a black cocktail dress and made an appointment with Mr. Styles.

I emerged with a strawberry-blond mound of shellacked hair and very little money left to see me through the month. As I recall, I liked the look -- but not enough to do it again.

After that  I stuck to just having the ends trimmed and shoulder length hair that I myself sometimes dyed darker. There were  more encounters with fancy hairdo's on a few occasions when I was a bridesmaid and a certain look was mandated. But at some point, probably by the Seventies, I got over all that.

By that time we were teaching at 'the hippie school' and I was wearing a long braid and not worrying about the threads of white that were emerging.

And so it went.  Moving to the farm didn't change anything. In the forty-two years we've been here, I've had my hair cut professionally once, thirty years or so ago (and I can't remember why, only that it didn't seem like much of an improvement over Mr. John plus it cost more than I expected.) 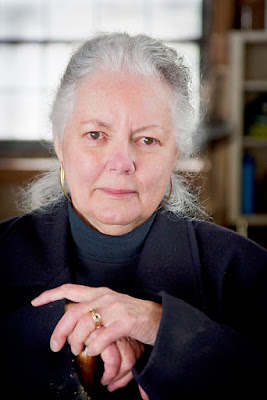 But. When I was flat on my back in the hospital, the long hair was bothersome, plus with the dislocated shoulder, I couldn't raise my left arm to do anything with my hair. So I asked Mr. John to bring in the scissors and whack a bunch off.

It got cut once more at the nursing home and from then till a few months ago, I would struggle to pin it back with bobby pins . . . but this solution just wasn't satisfactory. And as I've gotten older, my hair had thinned drastically -- what used to work for me, doesn't anymore.

I began to toy with the idea of seeking professional help. But the memory of bad experiences in the past and  a fear of being talked into something I didn't want made me drag my feet. What it the professional wanted to dye my hair blue? Or give me one of those little old lady perms?

Then a friend, whose hair always looks terrific . . . and simple, mentioned she got her hair cut at a little place that's halfway between our house and the grocery store. I'd noticed it -- Pam's Hair Design -- a tiny little place that takes walk in's.

So one day I walked in. Pam already had a customer (it's a one chair operation) and I didn't want to wait so I braved up and made an appointment for another day.

It was painless. Pam listened to what I wanted -- off the face, layers in back, fairly short, something that doesn't require fiddling with -- wash and wear, in fact.  And that's what she did.

I feel sure that most of my readers  (if you've gotten this far) are thinking Good grief, What a fuss! It's just a haircut. And you're right. I'm embarrassed to have been so slow to do what was the obvious thing. But as soon as my hair dried after the cut, I loved the way it felt -- lighter, almost weightless.

As time has passed and my hair has figured out how to respond to the new length(s), I'm still happy with the look. In fact, I foresee becoming a semi-regular at Pam's.  Not once a week as my mother and her contemporaries did but now and then.

Email ThisBlogThis!Share to TwitterShare to FacebookShare to Pinterest
Labels: hair

Your hair is beautiful! The Hair History is that of many of us of about the same vintage..........awful experiences with "beauty parlors" that left none of us beautiful. I learned a good lesson that still applies today..........if the stylist wears a scornful look and asks "who's been...doing your hair?" , politely leave.

Me too, Susan and Vicki...but with thinning I have found I like having it styled...and I've even been "blow-dried" with good effects. So I go when the mood strikes me and learn what's new in Joe's life (he also cares for a lot of my friends' locks.)

The best haircuts are ones that are wash and wear and a good hair stylist will listen to his or her client and make happen what they want. Although, Michelle, who cuts my hair, has some funny stories about people who want hair styles that their hair is totally incapable of making happen no matter how well she cuts it!

p.s. When I met you I thought your hair was lovely.

I noticed in your photos with Josie that your hair was shorter, and I tohink it looks wonderful. I know this wasn't your intention, but it makes you look younger! And it will be so much easier to take care of. A good move.

It looks fabulous my dear Vicki.

I'm so glad you're happy with your shorter "do." And a great little tale about hair and styling or not. I grew up with too much fuss about hair and make-up, and always trying to please my mom who would say "you would be so pretty if only you would [get a hair cut] [put on mascara] [wear lipstick] [dress a little better]" etc. All of it left me feeling like none of us (me or other women) were pretty unless we *did* something to make us so. My rebellion was slow and sporadic but by my early 30s, I had decided that stuff was too much of a PITA except for rare special events. I have chopped my hair off to chin-length (myself) periodically over the years, but just to make it more manageable -- for instance, as you found, after my accident last year, as my wrist was healing, I cut it because I couldn't pull it back into an elastic, etc., and washing it was too much for me. But, like you, in the past couple decades, I've rarely gone to a salon -- can't stand the smell. This was a fun reflection - thanks!

Good for you. I love your new "coif." I noticed it in some of your posts, and think it makes you look younger and (as you say) "lighter." I gave up the "aging hippie" look about 20 years ago, and have never regretted it.

Your hair must of been really thick Vicki, (I envy that) it looks lovely and suits you very well. xx

Nice, i aslo have had exactly one professional cut since removing my blonde locks in 1997. That outlier wasa groomsman ritual befor a friends wedding, and i still had to clean up after the poor girl, who i think was afraid of my scar. Heck i can only count about 4 people other than myself who have trimmed me in those 20 years, i can do it pretty well by feel by now.

What an interesting idea!'
"I just never got into enjoying the beauty parlor/salon scene -- which is a shame as a busy, chatty beauty parlor could be a great resource for a writer. "

Well, Cory -- I'd considered going with your look -- just shave it off and be done with it -- but I'm not that bold.

Thanks to all for the comments -- it's interesting how much our hair do's (or don't's) become a part of our personae.

... and it looks lovely Vicki! So did your plait years ago.
Pop over and see our new grand-daughter?

Looks great, Vicki. In college, I used to put my head over a waste basket and just chop away. I've been tempted lately to do just that, but I probably won't. Enjoy your new, easy look.

I remember another post about hair ( grey hair, white hair, natural or colored hair)
with comments about the hairdo of Baez

Hair is quite important to Sue and perhaps her only indulgence although it's not really that much of an indulgence.

So much easier to take care of: plus you have plenty of pictures to remind you the once long hair.