A Letter from Judy 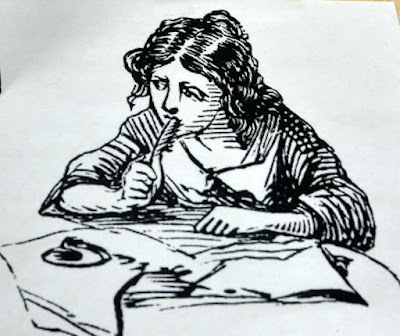 When I teach classes in novel writing, an exercise that has proven quite useful is to have my students write letters to themselves in the voice of their main character, explaining why that character wants his/her story told. In some cases these letters are quite moving, and in most cases they help to clarify the author's vision of the book under construction.

So, of course I did this for my Civil War book. But I had to write five letters.

Here's a brief synopsis of the novel:

During the American Civil War, the western North Carolina county still known as Bloody Madison was deeply divided, with the wealthier townspeople supporting the Confederacy and the poorer folk, especially in the outlying communities known as the Laurels, opposed. THE WAY OF IT follows events surrounding the Shelton Laurel Massacre -- the execution by Confederate soldiers of thirteen men and boys suspected of Unionism.

The story unfolds in five alternating voices of witnesses from both sides. Judy, the strong-willed unmarried mother of a growing brood, the descendant and keeper of traditions of the earliest settlers in the Laurels, is the voice that opens and closes the book so I'll begin with her letter. (I'll post the others over the next few weeks.) 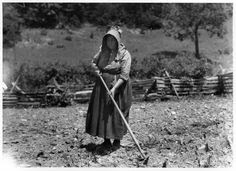 Writing a book, are you? About the Massacre and them Thirteen buried up yon? And you want my opinioning?

Don't seem like an unlearned mountain woman can have much to say to a book writer. Still, I was there and you weren't. I know what it is to go through hard times, to hear my young uns crying for food, to fear the soldiers plundering our food . . . and worse.

When you first begun to spin the story, going back to one of the beginnings of the trouble, I couldn't see what good a book would do -- what happened, happened, and ain't nothing can change that.

But as I come to think on it some more, I thought of all the tales going around concerning them dreadful times -- and they's mostly about the men. The women don't feature much in stories about the war.

But it was the women held things together while their men was off playing soldier or hiding away from conscription up in them old rock houses and thickets on the mountain.

You tell about the women and how they kept old Laurel going.  Tell as how we're still here. Now that would be a fine thing to have writ down.

And don't forget to tell about that other feller buried up yon where the Thirteen rest. . . 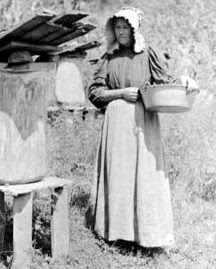 Email ThisBlogThis!Share to TwitterShare to FacebookShare to Pinterest
Labels: Civil War Book, The Way of It, writing class

Thank you Mrs. Shelton, your voice needs to be heard. And thanks, Vicki, for putting her story together, as well as the conflicted tales from those times, neighbors against each other, families split!

Very much looking forward to reading this.

I love this. What a good way to approach introducing a novel character. I'm ready to read it. Bring it on!

I've been looking forward to reading this book, and this post gets me so excited! Do you have a publishing date?
Deana the Queena

Deana, I don't have a publisher -- yet. The ms.is in the hands of five or six editors who are looking at it . . . I'll certainly let folks know when/if anything happens.

I want to read this book. Them thar publishers better git themselves publishing.